Choline is an essential nutrient for the human body required for the optimal functioning of all cells. It’s also a common ingredient included in all kinds of supplements, including pre workouts, intra workouts, and nootropic focus formulas.

Sadly, most individuals are sorely lacking in choline due to a poor diet, especially vegans, since the foods with the highest concentrations of choline are typically animal-based (dairy, meat, eggs, and seafood).[1,2]

There’s several types of choline supplements available in standalone bulk supplements and as part of more comprehensive formulas. Knowing which one is the most effective can be tricky, and the same goes for knowing what the proper doses of these various forms are. We’ve got all that covered for you and more as we help you determine what form of choline is best.

But, before we get to the best types of choline, let’s do a quick refresher on what choline does with regards to enhancing your brain function and focus while training! 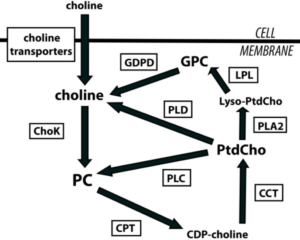 Schematic drawing of choline phospholipid metabolism and its regulatory enzymes illustrates the metabolic reactions associated with modulation of choline-containing metabolites.[31]

As we stated up at the beginning of this article, choline is essential for the healthy functioning of virtually all cells in your body. It’s used in the synthesis of phospholipids, which support a cell’s structural integrity and signaling functions.[1] The human body can synthesize choline endogenously in the liver (as phosphatidylcholine), but the amount required by the body exceeds the amount it naturally produces,[12] which is why it’s important to get more choline through the diet or supplementation.

More pertinent to its role as a nootropic-enhancing compound, choline also serves as a precursor for the synthesis of acetylcholine (“the learning transmitter”).[1] Acetylcholine is vital to memory, mood, muscle control (i.e. the mind-muscle connection), and a number of other important brain and nervous system functions.[3,4] Those lacking adequate amounts of the compound may experience difficulty learning or recalling memories due to chronically low acetylcholine levels. 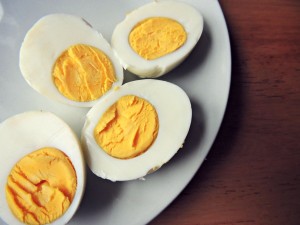 Eggs are one of the many foods where choline is plentiful, so feel free to enjoy!

Deficiencies of choline can impart serious consequences including complications of the liver, muscle, and lymphocytes.[1] Lacking in choline may also affect expression of genes involved in cell differentiation, proliferation, and apoptosis (programmed cell death), as well as adversely impact the development of the brain and nervous systems in growing animals.[1,5] When your diet is low in choline, you are literally programming your body to stop thriving and start dying.

Suffice it to say choline is something you DO NOT want to be deficient in, which is part of the reason it’s so widely available and commonly supplemented. But, there’s several different forms to choose from when purchasing a choline supplement, and knowing which is the most effective for your needs will go a long way to ensuring you choose the right one and consuming the right dose.

Which form is best?

NutraBio Alpha-GPC: One of the best ways to get more choline in, which boosts both focus and strength. 300mg active per capsule!

Ultimately, the “best” form of choline really comes down to how much you’re willing to spend. You can get the nootropic benefits from citicoline or alpha GPC at a much lower dose than the bitartrate form, but the former two are more costly. If you do choose to go the cheap route and purchase bitartrate, just know you’re going to need at least 2g to experience any significant nootropic effects from it.

There is one study comparing Alpha GPC to CDP-Choline which found that Alpha GPC was superior for improving cognition markers, though both were effective at reducing symptoms of dementia.[30] The catch here is that the choline forms were given intravenously, not orally, so we’re not comparing apples to apples. By avoiding the gut, Alpha GPC may have experienced increased efficacy since it’s believed that some portion of Alpha GPC is metabolised during digestion.

From personal experience, we’ve noticed the most pronounced effects from supplementing with either CDP-Choline and Alpha GPC. Although these are a touch more expensive, they’re potency and effectiveness more than make up for the cost.

Listen to industry veteran formulator Shawn Wells talk about Optimizing Brain Performance on the PricePlow Podcast — right away we cut to the part where he discusses using full dosed Alpha-GPC three times a day!

While choline is great on its own, it also benefits from being stacked with a number of other ingredients which synergize with it and potentiate its effects in brain. 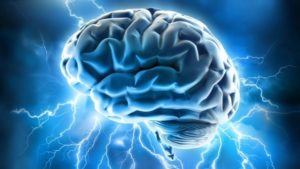 It’s time to electrify your brain and get it working overtime with Choline!

Whew! Did you make it to the end?

Choline is simply awesome stuff and you should want it as part of your daily supplement regimen, even if you’re not a big nootropic nerd like we are.

As diets go more extreme – from vegan to keto – certain ones put you in severe deficiencies. In this case, it’s vegans who are at risk, and choline is most definitely something that you do not want to be deficient in. But basically everyone benefits from supplementing this compound.

We prefer to go with Alpha GPC or CDP-Choline as those two seem to exert the most potent / noticeable effects in terms of heightening focus, attention, and cognition. You can get by with choline bitartrate, but you’ll need a whopping dose to get the job done decently. Whichever way you go, one thing is certain — get your choline in daily, and don’t fear those egg yolks!

Posts Tagged with Choline or Alpha-GPC: