The 5-Percenters asked for it, and they got it.

Out of 5% Nutrition‘s entire pre-workout range, its most powerful product is 5150, an ultra-high stimulant supplement and the flagship product of the Legendary Series. It’s important to note that 5150 is not for everyone, but if it’s for you, you’re going to love it. Just like Rich! 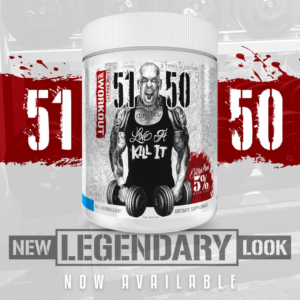 This is a very stimulant heavy pre workout supplement, which may be too intense for some users. But if you’re the type of person who enjoys a hefty dose of caffeine before the gym, along with other exotic ingredients, then 5150’s up your alley.

Here are some of 5150’s unique features:

Needless to say, 5150 is the strongest pre-workout that 5% Nutrition offers. So start with half a scoop to assess your tolerance, don’t exceed the recommended serving size, and avoid use within 4 to 5 hours prior to sleep.

Keep reading to learn more about 5150’s intense formula and make sure to sign up for 5% Nutrition news and deal alerts below so you don’t miss out on any future content.

Note: There have been a few versions of 5150, so check each store’s label to verify what you’re getting. When in doubt, get it straight from 5percentnutrition.com with our coupon.

5% Nutrition recommends mixing one scoop with 6 to 8 ounces of cold water and consuming approximately 30 minutes before training. But if you’re new to the high-stim pre workouts, start with half a scoop to assess your tolerance and never combine 5150 with other stimulant-containing supplements or beverages.

Here are all of the available 5150 flavors:

Section 5150 refers to a California mental health welfare code. Here’s what 5% Nutrition had to say about what 5150 means to them and why it inspired the name of a high-octane pre-workout supplement: 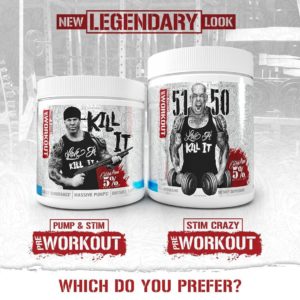 Since 5% Nutrition caters to a more hardcore bodybuilding crowd, they wanted to create a pre-workout that delivers a specific type of experience. If you decide to try 5150, we suggest assessing your tolerance by starting with half of a scoop. With 400 milligrams of caffeine and a variety of exotic stimulants, we don’t recommend taking 5150 daily. Perhaps save it for the days you need it most and use a lower-stimulant pre-workout like Kill-It Reloaded for your daily workouts.

For more 5% Nutrition news, reviews, interviews, and deals — subscribe below!

Note: This article was originally published in 2015, but updated in early 2020 with the most recent formula.