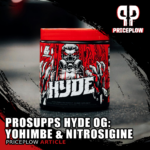 One of our favorite nitric oxide pump ingredients — Nitrosigine — is now Walmart!

Today we’ll be talking about the latest version of ProSupps Hyde, the famous pre workout formula from ProSupps that will help Jekylls all over the […]

Posted on January 27, 2023 by Mike Roberto in Supplement News | No Comments

FDA Announcement on CBD: We Need Help from Congress 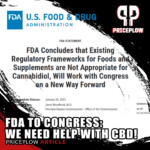 On January 26th, 2023, the FDA made a major announcement regarding CBD (Cannabidiol), coming after years of deliberation, debate, and discussion. The gist of the message:

“We need help from Congress!” 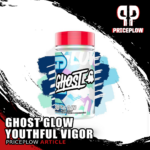 Skin health is something that doesn’t get a lot of press in the sports nutrition industry. It’s tempting to write this off as a relatively “superficial” concern in an industry that’s geared towards helping people wring every last watt of […] 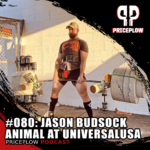 In early January of 2023, we kicked the year off right by hosting Jason Budsock of Animal at Universal Nutrition on the PricePlow Podcast. Many know Jason for his two decades at Animal – He’s JDawgXL in the forums […]

Posted on January 24, 2023 by Mike Roberto in Interviews, Supplement News 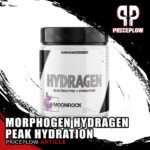 We’ve had Ben on the podcast twice – first to discuss Morphogen’s obsessive focus on excellence in formulation, which is […]

Posted on January 17, 2023 by Mike Roberto in Supplement News | No Comments 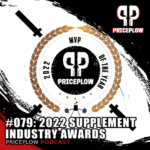 It’s that time of year again — time for PricePlow’s 2022 Supplement Industry Awards. Mike and Ben sat down to review 2022, and then got into a batch of awards similar to what we did in the 2021 Supplement […] 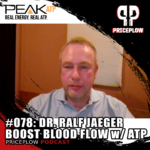 On December 28, 2022, we had the honor of hosting Dr. Ralf Jaeger to the PricePlow Podcast. For Episode #078, we dove into all things ATP — adenosine triphosphate — and how supplementing more with […] 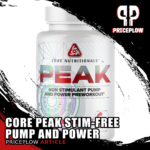 We always look forward to new releases from Core Nutritionals and the way Doug Miller and his team straddle the line between battle-tested and the innovative with unusual sophistication. This is a company that’s not afraid to use new ingredients, […]

Posted on January 9, 2023 by Mike Roberto in New Products, Supplement News | No Comments 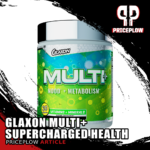 A long time in the making, Glaxon has a new multivitamin and mineral complex, and they’re doing it the Glaxon way. To kick off 2023, their new multivitamin complex brings the following features:

Posted on January 3, 2023 by Mike Roberto in New Products, Supplement News | No Comments

All the entries in MuscleTech’s new iQ Series of nootropic supplements have one really compelling thing in common: they all use enfinity brand paraxanthine instead of caffeine. This, as we’ll see later on in the article, is a huge value […]

Posted on December 29, 2022 by Mike Roberto and Nick Andrews in Supplement News