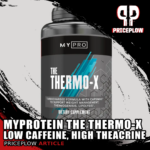 As you can probably guess from their name, Myprotein specializes in high quality protein supplements, but in recent years they’ve branched out into tons of other product categories. This is especially true with their Pro Range, which has […]

Posted on November 8, 2022 by Mike Roberto in Supplement News | No Comments 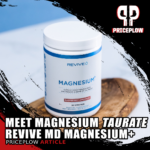 Revive MD always hits it out of the park with sophisticated, top-shelf supplements whose formulas are based on cutting-edge research.

It’s a brand that really lives up to its name, as it was co-founded by a doctor in Dr. […]

Posted on November 3, 2022 by Mike Roberto and Nick Andrews in Supplement News | No Comments 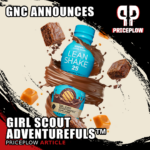 One of the most exciting collaborations in the industry is GNC’s partnership with Girl Scouts of the USA®. The partnership was first formed in 2020 with the massively successful Girl Scout Cookie™ inspired flavors in GNC’s AMP (Advanced Muscle […]

Posted on November 3, 2022 by Mike Roberto in Supplement News | No Comments 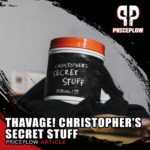 It’s without a doubt been the year of the Thavage, with Chris Bumstead’s partnership at Raw Nutrition taking full stride in 2022.

Not only do we have the powerful CBum Thavage Pre-Workout supplement, we also have the Thavage RTD[…]

Posted on November 2, 2022 by Mike Roberto in Supplement News | 1 Comment 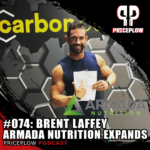 Brent Laffey of Armada Nutrition — a premier contract supplement manufacturer — re-joins the PricePlow Podcast to talk about Armada’s expansion. Armada is well-known for producing some of the world’s most popular supplements in their highly-acclaimed Tennessee facility, but […] 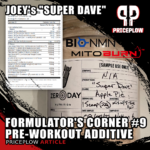 Today we’ve got something really special for you! If you’ve been following along in the PricePlow Discord, you know we’ve been running monthly podcasts with Glaxon leaders Joey Savage (chief science officer and formulator) and Michael Bischoff (founder and […]

Posted on October 28, 2022 by Mike Roberto and Nick Andrews in Formulator's Corner | No Comments 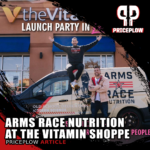 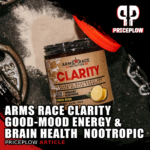 Wants, desires, commitments, distractions — our lives are filled with endless demands, as our day-to-day oscillates between tasks to do and persistent interruptions. In a fast-paced and highly-virtual environment, there’s a premium value on the ability to stay focused on […]

Posted on October 25, 2022 by Mike Roberto and Nick Andrews in Nootropics, Supplement News | No Comments 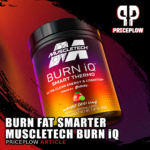 In August of 2022, MuscleTech announced their iQ Series, a new lineup of smart supplements formulated with enfinity paraxanthine instead of caffeine. The brand is one of our favorite companies to write about because they’ve led the way with […]

Posted on October 21, 2022 by Mike Roberto and Nick Andrews in Supplement News | No Comments 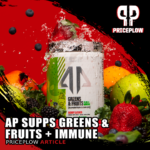 Nearly everyone knows about the glorious AP Prime Bites Protein Brownies, but with winter coming, we’re going to need to do more than just microwave our favorite high-protein snack. It’s time to buckle down and get our immune systems […]

Posted on October 20, 2022 by Mike Roberto in Supplement News, Vegan Supplements | No Comments