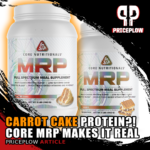 Well, some people don’t… but some people really do. And for those who do, the supplement industry hasn’t been too kind to them. Limited to just a couple of protein bar flavors and perhaps […]

Posted on November 8, 2021 by Mike Roberto in Supplement News | No Comments

CANDY CANE Pre-Workout?! Glaxon Does it with Plasm Surge (Stim-Free) 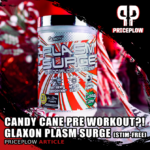 It may be early November, but it’s never too early for our first Christmas-themed supplement of the year! 2021’s breaking-the-seal award goes to Glaxon, which is fitting given how far ahead of the curve they’ve been with their supplement […]

Posted on November 7, 2021 by Mike Roberto in Supplement News | 1 Comment 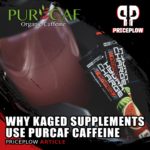 If you’ve ever looked at the labels of Kaged Muscle’s Pre-Kaged, the standalone Kaged Muscle Caffeine capsules, or the new Hydra-Charge Amped, you’ll notice that they’re not using caffeine anhydrous, which is a synthetic form of caffeine manufactured […]

Posted on November 5, 2021 by Mike Roberto in Supplement Ingredients | No Comments 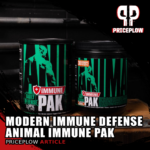 Animal Pak was founded in 1983 by Universal Nutrition and has grown to be one of the most iconic sports nutrition brands in the world. Originally, Animal Pak was simply a vitamin and mineral supplement pack that helped users hit […]

Posted on November 4, 2021 by Mike Roberto in New Products, Supplement News | No Comments 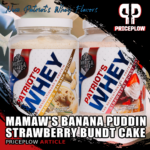 Just a month after the glorious re-launch of Merica Labz Patriot’s Whey, the inclusion revolution continues with two more epic and awe-inspiring flavors:

Posted on November 3, 2021 by Mike Roberto in Supplement News | No Comments 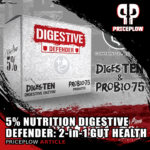 If you’re gunning to be anywhere near the size of legendary bodybuilder and modern renaissance man Rich Piana, then you’re going to need to eat a lot of food. An absurd amount – and have a training regimen to […]

Posted on November 2, 2021 by Mike Roberto in New Products, Supplement News | No Comments 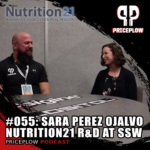 Myprotein Clear Whey Isolate BLOOD ORANGE is Back for Halloween 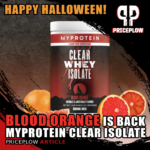 Updated 10/31/2021: Happy Halloween! Myprotein has brought this incredible flavor back as a limited edition exclusive, and has a major coupon while supplies last! It originally launched a year ago on November 5, 2020 – you can read more below:[…]

Posted on October 31, 2021 by Mike Roberto in New Products, Supplement News | No Comments 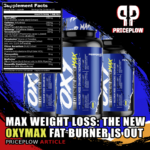 Performax Labs has unveiled their latest edition of their insanely popular fat-burner, OxyMax, with an upgraded ingredient panel featuring a powerfully-dosed list of fantastic ingredients to help you get the most out of your diet. Throughout the 2021 Performax Labs […]

Posted on October 29, 2021 by Mike Roberto and Nick Andrews in Supplement News | No Comments 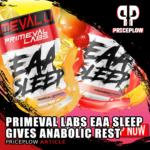 Primeval Labs absolutely crushed the past year with a ton of well-dosed, effective supplements — headlined by their Ape Sh*t Untamed RTD, Ape Sh*t Cutz, and updated branding and logo. They’re re-energizing many of their popular supplements with […]

Posted on October 28, 2021 by Mike Roberto in Supplement News | 3 Comments