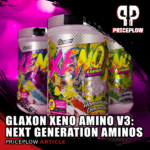 Another month, another great Glaxon supplement improvement. Just after the recent release of Glaxon Wonder Collagen, the “goons” have decided to once again improve their Xeno Amino intra workout and recovery amino acid supplement.

Posted on September 17, 2021 by Mike Roberto in Supplement News | No Comments

Protein Prices on the Rise: Figuring it Out with Doug Miller | #050 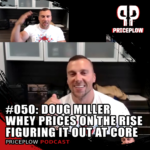 Doug Miller of CORE Nutritionals, Merica Labz, Merica Energy, and Arms Race Nutrition joins up with Team PricePlow to discuss some hot news in the supplement industry – supply chain woes and the rising prices of protein […] 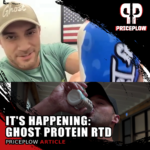 Posted on September 15, 2021 by Mike Roberto in Supplement News | No Comments 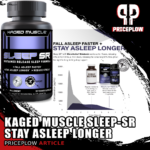 For years, the team at Kaged Muscle has been waking you up with powerful, energy-driven supplements like Pre-Kaged, Clean Burn Amped, and the new Hydra-Charge Amped. But now it’s time to bring you back down to earth, […]

Posted on September 14, 2021 by Mike Roberto in Supplement News | No Comments 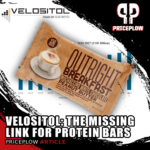 In 2019, the global protein bar market was estimated to be worth $4.66 billion according to the Fortune Business Insights,[1] in a report that projects compounding annual growth through 2027. Whether protein bars are catered to athletes in the […] 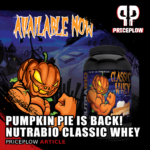 Fall is nearly upon us, which means the temperature is dropping, the leaves are falling, and the pumpkins are getting their final gains in before the harvest. To celebrate autumn’s arrival, NutraBio is re-releasing a limited-edition flavor of Classic Whey […]

Posted on September 10, 2021 by Mike Roberto in Supplement News | No Comments 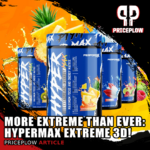 It’s here by September 10th of 2021, and it’s more extreme than ever. We’re talking about the next generation pre workout supplement from Performax Labs, HyperMax 3D.

This comes with Performax Labs’ […] 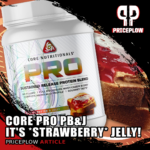 Keeping up with CORE Nutritionals has been a tough assignment this year — Doug Miller and his team are keeping the releases coming, and they’re keeping them fresh.

Hot off a Vanilla Toffee Gaintime Core PRO flavor and a […]

Posted on September 9, 2021 by Mike Roberto in Supplement News 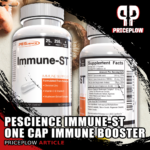 Winter is coming, and if all indications are correct, this one might be a doozy. PEScience, the company we’ve long followed thanks to their Select Protein, recently released their psyllium husk based Regulate-GI, and now they’re […]

Posted on September 9, 2021 by Mike Roberto in Supplement News | No Comments 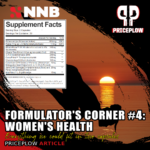 Women have a lot to deal with, especially in today’s society. In the middle of everything running in and around women’s lives, health remains core to it all. But with a culture of ultra-processed foods and diminished nutrition, it has […]

Posted on September 8, 2021 by Mike Roberto in Formulator's Corner | No Comments