Since 2014, Inspired Nutraceuticals has been formulating some of the most innovative products on the market. They’ve gained fans from all around the world, but quickly learned that some countries had strict ingredient regulations. As a response, they launched DVST Worldwidewide in late 2019, with massive fanfare. But knowing Chris Waldrum and his team, that was only a tease. The next revision is out, and it’s now called DVST8 Global, and there are some serious new innovations inside.

Inspired Nutra to the Global rescue!! 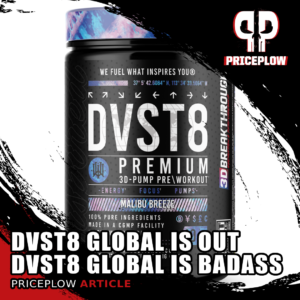 A worldwide formula we cannot wait to get our hands on. Inspired Nutra sends it hard but keeps it compliant and WADA-safe with DVST8 Global.

When it comes to workout-crushing pre workouts available for everyone, there are simply too many gaps in the industry. Consider this gap now filled by one of the best and most savvy CEOs in the industry, Chris Waldrum of Inspired Nutra.

DVST8 Global: Everything you need, nothing you don’t!

Today we talk about the latest in the phenomenal line of DVST8 pre workouts, Inspired’s globally-compliant DVST8 Global formula that has no WADA (World Anti-Doping Agency) banned substances or “gray market” ingredients. It doesn’t compromise on dosing though, and brings plenty of patented ingredients, including the new 3D PUMP Breakthrough.

On the stimulant front, a full two-scoop serving has 325 milligrams of caffeine, citrus aurantium (likely standardized for ~40 milligrams of synephrine), Dynamine, and a solid mix of tyrosine and cholines to bring the feel-good focus.

Before we provide you with a full explanation of every ingredient included in DVST8 Global, take a second to sign up for PricePlow deal alerts and Inspired news, so you never have to pay full retail price again or miss out on the launch of more products to come! 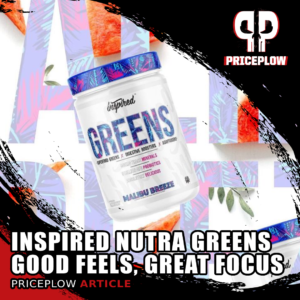 Inspired Nutraceuticals Greens started a huge trend, but is still the go-to greens powder if you want to feel good and focused

Inspired Nutraceuticals has always brought incredibly unique and exotic flavors (remember Inspired Greens, where they are nearly impossible to beat), and it seems they’ve done it again here with DVST8 Global:

We loved DVST8 Worldwidewide, but we have to be honest – this formula is far better. As one of the first supplements with the 3D PUMP Breakthrough, that alone makes it worth a look. But then when you get into the other ingredients added — along with those not added (eg beta alanine or alpha-yohimbine) — it’s a must-try pre workout supplement for the end of 2021.

Since 2014, Inspired has been coming out with some of the most innovative products on the market to ‘fuel what inspires you’.

Chris Waldrum and his team at Inspired Nutraceuticals love taking on challenges and beating them to a pulp. If you’re going to try to top DVST8 Worldwidewide, you better not miss. Inspired shows time and time again they have what it takes to be a leader in the industry. You can catch our catch-up with Chris Waldrum on Episode #046 of the PricePlow Podcast — he’s far more than a CEO of a supplement company — he actually cares about his customers and listens to the voices from across the pond.

We love some of the ingredients we can use in America, but the days of major brands targeting only Americans with every release have come to an end. Sure, we can have some incredible exclusives here and there, but a brand like Inspired isn’t going to limit themselves when they can go Global.

Stay tuned to our Inspired Nutraceuticals news alerts – we still have FSU to cover next, and there’s much more coming after that.