Since their inception, NutraBio has been committed to quality, excellence, and effectiveness, helping you train Without Compromise. 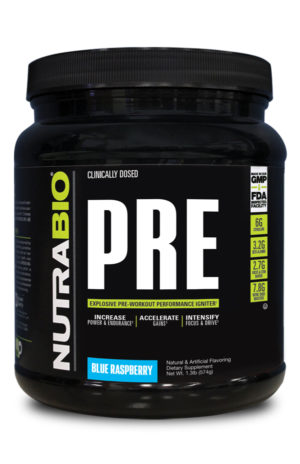 We’ve seen this time and again from the brand with their extensive line of products including Intra Blast and the award-winning 100% Whey Protein Isolate.

Although we’re huge proponents of using carbohydrates before training, which is why we love the carb-loaded PRE Extreme, many simply want to go carb-free when working out, but they want to keep it intense. For that reason, NutraBio’s flagship pre workout has been here all along in its zero-carb glory – and is now up to its fifth edition, somehow getting more packed each and every time.

So today, we’re spotlighting the predecessor to PRE Extreme that recently got a bit of an “upgrade”. NutraBio PRE is everything you want in a pre workout, and with the doses to match!

It’s a fully disclosed formula, uses no artificial colors, and there are some fantastic flavors including the new Blue Razz (especially given how massive the formula is)! Best of all, since we originally published the first version of this article, NutraBio began 3rd party testing all of their product batches, making this our most trusted pre workout (and most trusted brand in general).

More info on NutraBio’s loaded Pre Workout is below, but before we get there, take a moment to check the best deal (thanks to our coupons) and sign up for alerts from PricePlow:

When looking to formulate THE pre workout on the market, NutraBio held nothing back. What follows is a tour-de-force of a supplement packing 22 clinically-backed ingredients all dosed according to the research.

Get ready boys and girls, this is a BIG one!

One of the best formulated pre workouts ever? Absolutely! 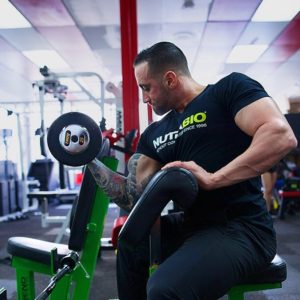 In December 2017, NutraBio launched their first-ever blue raspberry flavor, and this is the bluest natural blue we’ve ever seen – made from spirulina, which is healthy in its own right!

What about NutraBio Pre Extreme?!

In the opening of this post, we discussed the carbohydrates in PRE Extreme. NutraBio’s power duo, Ben and Dan, went on the record explaining the differences between these two versions:

Changes in V5 from V4 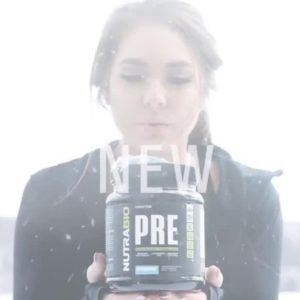 Yes, Pre V5 has some great updates… but let’s be real, it’s all about this Blue Razz flavor!!!

On February 12, 2018, we updated this post to reflect the changes between V4 and V5 (as well as proudly mention the third-party lab tests in the intro). Here’s what’s changed:

There’s a reason NutraBio PRE Workout continues to dominate our list of Top 10 Pre Workouts. The proof is right there for you to see. Well dosed, effective as hell, and free of any/all questionable stims makes PRE a must have!

But at the same time… you know we still like those carbs pre workout for the most epic training sessions, and if you do too, then get back on over to the Pre EXTREME page for even more intense workouts!