Nitrosigine®, a patented blend of arginine and inositol, is one of the more innovative ingredients in the “nitric oxide” corner of the supplement industry. In this article we’ll discuss the major benefits and any potential downsides associated with one of one of the most interesting new ingredients to make its way into pre workout supplements. Will it really increase nitric oxide and give weight lifters massive pumps when training?

Nitrosigine® is a patented complex of arginine, inositol, and potassium silicate engineered by Nutrition 21. Many of our long-term readers may scoff when they see “arginine” here, but keep reading. Besides being inferior to citrulline as a pump ingredient,[1] straight L-arginine can cause many bowel-wrecking side effects.[2]

Nutrition 21, the creators of Nitrosigine, provided full-text resources cited in this article

However, our really dedicated followers will get excited because they know that if we can get around the drawbacks of L-arginine, we know we have something extraordinarily useful. Nitrosigine was announced sometime around 2013 on PricePlow and other outlets, and the quality of research has expanded so much that we’re due for a research update.

With this combination of ingredients, the arginine silicate complex is doing the heavy lifting. The inositol acts as a stabilizer. The research refers to the finalized structure as inositol-stabilized arginine silicate. This three-hit-punch is much more bioavailable than other forms of arginine available on the market, as shown in the original patent application and subsequent research.[3,14] Since the major issue with arginine is its inferior bioavailability when compared to ingredients like citrulline, this benefit makes Nitrosigine a serious contender for a label spot in any well-formulated pump product. 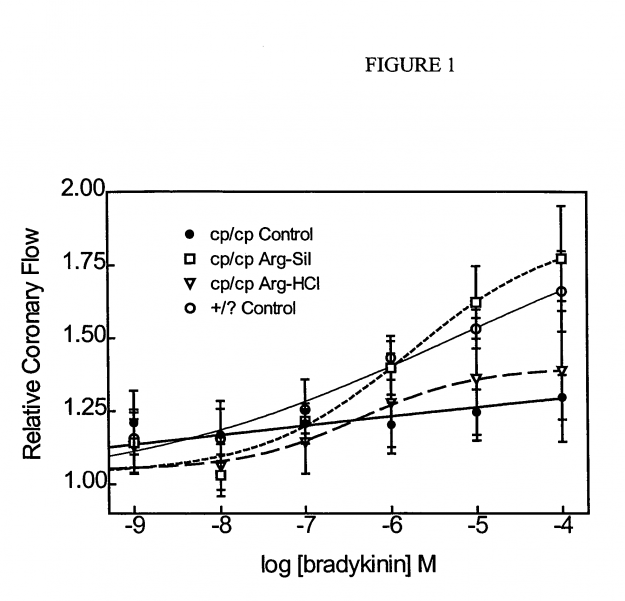 It all started with this data from the 2002 Arginine Silicate Patent Application, announced in the supplement industry in 2014. Since then, we’ve collected far more data!

To summarize its inception, Nitrosigine is an inositol-stabilized blend of arginine and silicate that offers superior bioavailability to other forms of arginine supplementation. This enhanced bioavailability has helped circumvent the gastric side-effects associated with other forms of arginine, but note that there is no research proving this – just plenty of anecdotal reports in the first five years of use in roughly 100 products.

Nitrosigine’s Benefits: What can it do for me?

We can talk all-day about “bioavailability this” and “stabilized structure that”, but we take supplements to perform better. The main thing that matters about Nitrosigine is what it can do for us in the weight room. There is now a plethora of research to tackle, so let’s get to it:

A statement on research funding

While Nitrosigine always had us excited since we first wrote about it in 2013, the research has come such a long way that now we can easily put our stamp on it.

The one thing to note, however, is that Nutrition 21, the company that developed and sells Nitrosigine, funded much of the research discussed above. However, Nutrition 21 always uses CROs (Contract Research Organizations) to perform their research — it’s not just done in-house. On top of that, we’re excited that it’s been peer-reviewed, placebo-controlled, and published in trusted journals.

In the fall of 2018, PricePlow’s founder Mike Roberto had an interview with Todd Spear of Nutrition 21 where they were talking about their newest ingredient, Velositol (which is used to enhance protein supplements). Todd explained that Nutrition 21 is more of a research company than an “ingredient company” in many ways:

Fact is, funding for this research has to come from somewhere, and for an ingredient initially marketed to the bodybuilding segment, it’s definitely not going to come from the government or university grants. It needs to come from the patent-holder. So the research must be done at a trusted CRO, and should thus be repeatable and reproducible lest the CRO wants to lose credibility and loads of future business.

This may be subject of a separate blog post and video, since few seem to understand how it works and the most ethical way of publishing research.

Long story short, we trust this research and see major benefits to adding Nitrosigine to various pre workout and nootropic supplements. And it doesn’t need to be an “either or” situation — stacking with L-Citrulline sounds like a best of both worlds situation.

Conclusion: Arginine is back, and this time, it’s for real

As it stands now, there’s little reason to use other forms of arginine besides Nitrosigine. It’s well-researched compared to most other new supplement ingredients and digests well too. If you’re looking for an additional ingredient to make your DIY pre-workout pop, as far as pumps are concerned, consider this as a new candidate.

Arginine always needed help, and in 2013, it finally got it. We jumped on board once we noticed it felt great wasn’t sending us to the bathroom, but it took time for the research to follow. After re-evaluating it for this article, we’re confident that this is the “protection” that arginine needed. If you want to improve your pumps without improving your bathroom-stall time, Nitrosigine is the way to go. However, always keep skeptical about exciting research, but at this point five years in, we’re ready to officially PricePlow Approve it.