Over the years, Ghost has drastically expanded their line of products, brand awareness, and “family” of sponsored athletes. Since they are more of a lifestyle brand, they typically opt for adding social media influencers and YouTubers to their team opposed to professional athletes. But Ghost also doesn’t just pick the person with the largest follower counts — they choose people who fit well with the brand and are involved in health and fitness.

When Ghost launched, they created a team of fitness influencers that helped spread awareness of the brand right off the bat. Some of their most famous sponsored influencers in the beginning were YouTubers, including Christian Guzman and Maxx Chewning. 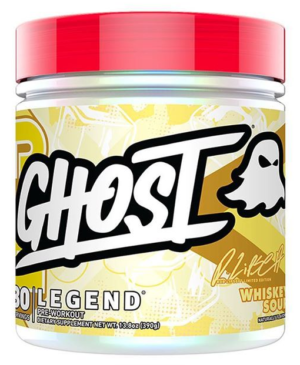 Ghost Legend Whiskey Sour has arrived but only for a limited time!

That brings us to Rob Lipsett, another famous YouTuber and fitness influencer, hailing from Dublin, Ireland. He’s sponsored by Christian Guzman’s clothing company, Alphalete Athletics, and has become good friends with Maxx as well. Rob has been obsessed with health and fitness ever since he stepped foot in the gym. He even competed in a physique competition, taking first place. Rob doesn’t compete regularly, but he does stay in incredible shape all year round.

Never taking it too seriously…

Rob shares a large amount of health, fitness, supplementation, and nutrition information for free on his YouTube channel. But, he also stresses the importance of balance and never takes things too seriously. So don’t be surprised if you see Rob hitting the gym one video, then a bar the next!

One of his favorite drinks to have on the weekend is a whiskey sour. Rob has been with Ghost a little over a year now, and after months of “research and development”, as founders Dan and Ryan would say, it’s time that Rob got his own Ghost Legend flavor collab! Whiskey Sour Ghost Legend is something Ghost had been teasing on their YouTube channel for a while, but now it’s finally here and Rob could not be more excited!

“Joining Ghost was a huge moment for me, I was always a fan of the brand and how they presented themselves. Before signing with them, I had actually spent a lot of time with the other athletes (Christian and Maxx), and also Dan and Ryan. So when the time came it just felt right.

My favorite drink is a whiskey sour and one night in Sydney, after a successful day at the fit expo, I said “hey how about my signature flavour to be Whiskey Sour?” We all kinda laughed about it, then I said “no seriously try it” and gave the lads a sip of my drink. It’s a refreshing drink that would actually be great as a pre workout flavor, so after we went out that night the idea was born!

It’s safe to say this is an industry first and of course, Ghost are the ones to do it. I am really excited for it and if you told my younger self that I would one day be coming out with my own signature pre workout, I wouldn’t believe you! I’m delighted.”

Not only is this a never-before seen flavor for the supplement industry, there have also been a few tweaks to the formula based on Rob’s feedback and preferences. Everything you need to know about this epic collab is down below. But before we go any further, make sure to subscribe down below to get notified when Whiskey Sour Ghost Legend goes live and get an awesome deal!

Since Rob lives in the UK currently, Ghost is using the European formula as a base for this limited edition flavor of Ghost Legend! However there are a few modifications made based on Rob’s requests.

Here’s the full list of all the ingredients and dosages that you’ll find in one serving of Whiskey Sour Ghost Legend:

If you want to read more about the science behind Ghost Legend’s formula, we highly recommend checking out our original blog write-up: Ghost Legend: The Pre Workout Supplement for Legends (note: it’s written for the US version).

Overall, this is a very solid formula, and beyond the flavor, we like the tweaks they made to Whiskey Sour Ghost Legend. It will be interesting to see how this one compares to the original US version. And who knows, there may be a new Ghost Legend on the horizon, so stay tuned!

If Whiskey Sour doesn’t sound like your cup of tea, then don’t worry, Ghost Legend comes in several other flavors. And Ghost doesn’t just do athlete flavor collaborations, they also work with brands outside of the fitness industry, such as Sonic (now available in Ghost Amino), Welch’s, Warheads, Bubblicious, Sour Patch Kids, and Swedish Fish.

Their lineup of flavors is one of the most impressive things on the market and they don’t disappoint! But keep in mind that if you want to try out this limited edition Rob Lipsett formula, then you can only get it in Whiskey Sour. 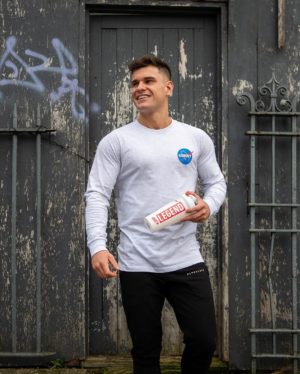 Ghost signed Rob Lipsett about a year ago and now he has his very own flavor of Ghost legend!

Here’s an a updated list of all Ghost Legend’s available flavors:

With the modified formula and epic new flavor, Rob Lipsett’s Whiskey Sour Ghost Legend should be on the top of your list to try! He has tried several pre workouts over the years from various companies, and Rob knows what ingredients and dosages he prefers most. 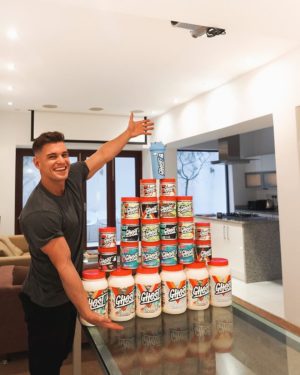 Combining Rob’s insight with Ghost’s experience, we know this pre workout is going to help you crush your workouts and satisfy your craving for a drink. As we mentioned before, Rob is all about balancing health and fitness with activities outside of the gym. He makes fitness a priority, but doesn’t let it take over his life. Whiskey Sour Ghost Legend couldn’t be more of a perfect flavor for Rob and we can’t wait for you to try it!

But remember, just like any Ghost athlete flavor collab, Whiskey Sour Ghost Legend will only be around for a limited time. If you don’t grab one before it sells out, then hopefully Ghost brings it back in the future, but there’s no guarantees.

Nothing seems to stop the Legends at Ghost from continuing to move the industry forward and each year is better than the last. They always have something going on, so make sure to sign up for Ghost news and deal alerts. Not only will you get notified when new products drop, but you’ll also unlock exclusive deals, reviews, and interviews you can’t find anywhere else!