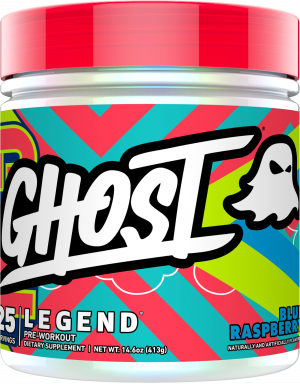 Ghost Legend V2 is upon us!

Ghost Lifestyle entered the sports nutrition industry in 2016 and one of the first products they released was Ghost Legend, a stimulant-based pre-workout. The first version of Legend featured an eye-catching label decorated with custom graffiti, a fully transparent ingredient label, and it was available in several licensed flavor collaborations, including Sour Patch Kids, Warheads, Welch’s Grape Juice, Sonic, and Bubblicious.

Legend quickly became Ghost’s flagship product and has remained in the spotlight, despite the company’s other incredible launches. While the pre workout remained extremely popular into 2021, Ghost announced they’re updating the formula, design, and flavors to make the product even better.

Dan Lourenco and Ryan Hughes, co-founders of Ghost, have been rigorously testing several versions of Legend throughout the past year. If you watch their Building the Brand TV series on YouTube (YouTube.com/GhostLifestyle), you knew this was coming. And now we’re excited to lay it all out below.

Here are some of the key changes that Ghost made to Legend V2: 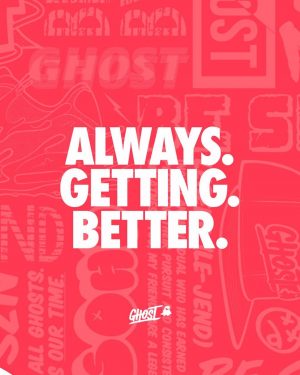 Here are some of the key changes that Ghost made to the Smart Energy section:

Here’s something else you might notice about Legend V2: the serving size is two scoops (16.5 grams), up from one scoop (12 grams).

Increasing the serving size while decreasing the scoop size makes it easier for users to customize their dose, which you may want to tweak based on your tolerance of caffeine and other potent ingredients. For example, if 250 milligrams of caffeine is a little too much, then you can start with one scoop rather than a full two-scoop serving, and move up from there.

Keep reading to learn more about Ghost Legend V2 and subscribe below for more Ghost news, reviews, interviews, and deals from PricePlow! Use code PRICEPLOW for 20% off all Ghost supplements and apparel.

For best results, Ghost recommends mixing one serving (two scoops) of Legend with 6 to 8 ounces of cold water and consuming 15 to 30 minutes prior to exercise. Since Legend V2 is higher in caffeine, we strongly suggest starting with one scoop to assess your tolerance.

Here’s what one serving of Ghost Legend V2 (16.5 grams) contains in the US (note that there are some differences pointed out for international versions):

Here’s an updated list of all Ghost Legend flavors that are currently available:

The last notable change made to Legend V2 from the original version, besides these flavors and appearance, is the number of servings in the tub. Legend V1 offered a total of 30 servings, whereas Legend V2 has 25 servings. The discrepancy comes from the fact that V2 has a serving size twice as big as the original Legend’s.

What’s Next For Ghost?

In 2020, Ghost was extremely busy launching several new products and flavors, including: 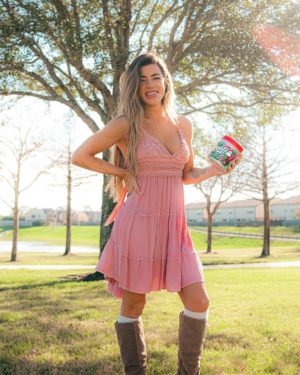 …and even more flavors behind those formulas (all of them can be seen on PricePlow’s Ghost news page).

Behind the scenes, Ghost was also revamping formulas, flavors, and labels for their sports nutrition line, which consists of:

Now that Legend V2 is here, in the next few months you can expect to see more updated versions for the rest of Ghost’s sports nutrition products.

Subscribe below for more Ghost news, reviews, interviews, and deals from PricePlow. If you want to try Legend V2, use code PRICEPLOW to save!