Posted on February 25, 2021 by Mike Roberto and Dave Taylor | No Comments 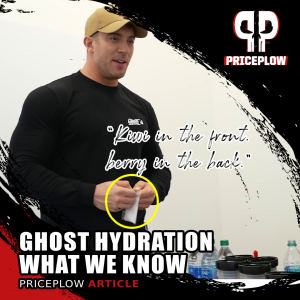 Ghost continues to provide new and innovative supplements for all your needs – even hockey ones. Just recently, the brand announced a collaboration with Ally Besse for a Passionfruit flavor of Ghost Greens. Always moving, they’ve now announced Ghost Hydration. The announcement came during their Building the Brand series, currently in its seventh season.

Titled “Our First Greens Collab” (S7:E4), during the episode, Ghost covered several major items, but the most exciting is the announcement of Ghost Hydration. There is little information revealed at this time other than a Kiwi Strawberry flavor that founder and CEO Dan Lourenco describes as “Kiwi in the front, berry in the back,” and it will contain Senactiv, which is what Dan would take as part of his pre-hockey stack back when it was known as ActiGin.

The whole story is below, but first, get signed up for Ghost Hydration alerts so you don’t miss when this article is updated or the product is launched:

We recently covered Senactiv in a previous article, and love the way it feels. You can see Dan and Ryan discuss Hydration around the 5:50 mark below (it’s also mentioned at 9:50 in S7:E5), and then we dig a bit into Senactiv:

The science of Senactiv

NuLiv Science backs Senactiv via four human clinical trials and two in-vivo investigations. Subjects took Senactiv’s ginseng extract or a placebo one hour before exercise. The researchers conducted muscle biopsies prior to, immediately after, and three hours after a 60-minute cycle exercise. The muscle tissue of subjects exposed to the ginseng appeared to have enhanced glycogen replenishment and fewer markers of inflammation when compared to the placebo group. 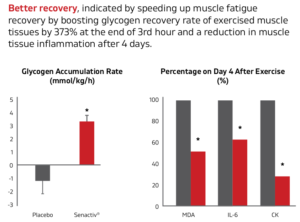 Hard-training carb-lovers rejoice: The ginseng in Senactiv gets glycogen restored better and faster,[1] so you can reload and get after it sooner.

The take-home message is that ginseng present in Senactiv helps reduce the proinflammatory state that exercise causes. Besides this anti-inflammatory benefit, the ginseng also appears to have improved VO2 max by 20% versus the control group![1] While it’s important to note that overall aerobic capacity did not improve, we will take a VO2 max boost any time.

You can read more about Senactiv in the February 18, 2021 article titled Senactiv from NuLiv Science: Regenerate Senescent Cells and Perform Better.

From what we’ve seen, Senactiv would perform excellently in a sports-minded supplement, as there is a strong “endurance type effect” that we’re still putting our fingers on.

Details we know about Ghost Hydration so far 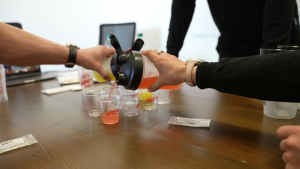 Ghost Hydration will be naturally colored and sweetened!

As Dan stated in the episode of Building the Brand the announcement of Ghost Hydration, the flavor, and the inclusion of Senactiv is the only one that’s going to be released at this time, although we assume this will be “electrolyte-heavy”. We can hear that it will be both naturally colored and naturally flavored, so there won’t be any sucralose or red #40 and friends.

The team tests two flavors, so there will be more than just Kiwi Strawberry, but no word on what it will be. Finally, the team discusses the sugar content, which should be under 1g.

We are definitely excited to get more information on the newest Ghost product, and will be getting that information out to you as soon as we have more, sign up for PricePlow’s Ghost supplement news alerts.