The world of video games has evolved drastically over the years, especially with all of the major advancements in technology. Gaming used to be just something you did with your friends on the weekend, but now with the rise of competitive esports, it’s on another level – with next-level prizes and stakes along with it.

Esports is one of the fastest growing markets around with no sign of slowdown ahead. These competitions are no joke, since there’s serious money, sponsorships, and bragging rights on the line, with thousands of spectators tuning in. Esports requires monstrous amounts of mental power, focus, low reaction time, and quick decision-making, opening the door for “pharmacological” enhancements.

Most gaming supplements fail. This one won’t.

With the rise of esports, several well-established sports nutrition companies have entered the fray over time – most of them failing. While they understand the capabilities of what various ingredients can do to boost cognition, they generally don’t understand gaming and gamers. It helps when the owners of the brand play their fair share of video games as well.

Ghost Gamer: The Legends at Ghosts move beyond fitness 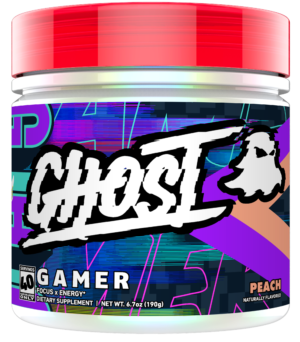 Ghost Gamer has finally been revealed!

If you’ve ever watched Ghost’s YouTube channel, one of Dan and Ryan’s favorite things to do when they need a break from work is to crush some Tony Hawk or NHL in the office. They may not be nearly as good as esports competitors, but Dan and Ryan hate losing as much as anyone else.

Ghost is known for being a “lifestyle brand” in the fitness space, and since day one, Dan and Ryan wanted to build a brand which offered products that could be used beyond the walls of the gym, so adding a gaming supplement fits perfectly with their image. Ghost Gamer is definitely a step in that direction – and it is wonderfully executed.

The Ghost take on gaming

There may be other gaming supplements that exist, but with the way Ghost typically formulates and flavors a product, we know it’s going to quickly rise to the top of the leaderboard.

In this article, we’re going to reveal the formula, benefits, and what you can expect from Ghost Gamer. There’s always more to come, so sign up for PricePlow’s Ghost news and deal alerts to learn what’s coming next!

You can always count on their products to have a fully transparent label. They have nothing to hide and want the customer to be knowledgeable about what they are putting into their bodies. Ghost Gamer is no different — it has all the exact dosages for each ingredient that’s included in one serving. 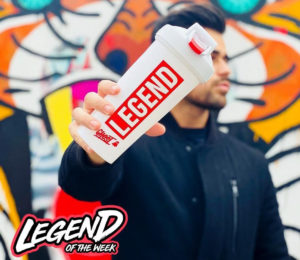 We’re confident that this is the formula that will finally give Ricky (a customer service representative at Ghost) the ability to beat Dan in Tony Hawk. But only if Dan has to abstain from a scoop or two of Ghost Gamer to level the playing field!

As Ghost releases new products, their values remain the same. Quality, transparency, and authenticity make them one of the most influential brands around, if not the most influential. They continue to prove each year why they stand out from the rest!

Ghost Gamer features a phenomenal ingredient profile that’s designed to increase your mental energy, focus, and overall performance, which is just what you (and Ricky) need during an intense gaming session.

Ghost is one of the only companies that have done authentic flavor collaborations with extremely popular names beyond the fitness industry, including Sour Patch Kids, Swedish Fish, Welch’s, Sonic, Chips Ahoy! and Warheads. Ghost Gamer is a perfect product for these flavor collabs, because video games are often accompanied by plenty of candy and sweet treats. Ghost nails their flavors every time, so no matter which one you choose, you really can’t go wrong!

Ghost Gamer Will Help You Become A Gaming Legend

After looking at Ghost Gamer’s formula, it’s definitely one of the most comprehensive gaming supplements on the market. By using the clinically studied dose of nooLVL , along with several other ingredients such as Cognizin, and L-Tyrosine, you’re fully equipped to have a legendary gaming experience. But beyond that, we really appreciate how Ghost also includes a few key vitamins and minerals targeted towards overall health. 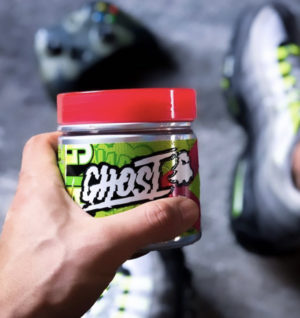 Ghost Gamer will take your skills to the next level!

Ghost has been teasing Ghost Gamer on their YouTube channel for months, and now that it’s finally here, we can confidently say that it was worth the wait. Dan and Ryan pride themselves on not releasing a product until the formula, packaging, and flavors achieve their high standards. Ghost Gamer will be the first supplement they release that’s not directly geared towards fitness. And since they consider themselves as more of a lifestyle brand, we would not be surprised if Ghost continues this trend to branch out into the mainstream.

Ghost Gamer may be designed to boost your gaming performance, but honestly, you could use it for any task that requires a large amount of concentration, mental energy, and focus. So, don’t be fooled by the name, Ghost Gamer can be utilized at work, school, or even pre workout. Every time people think Ghost is starting to slow down, they just keep releasing more epic products and flavors. We’re not sure what will come next from one of the most influential brands to ever hit the supplement industry, but we do know you won’t want to miss out! Make sure to subscribe down below to get access to exclusive deals, news, interviews, and reviews from the Ghost fam!