Nitrosigine, also known as inositol-stabilized arginine silicate, is a cutting-edge ingredient created by the masterminds at Nutrition21, a leader in sports nutrition ingredient development and research. Nitrosigine is one of the few patented ingredients in the dietary supplement industry that has 30 scientific studies, 11 global patents, and 42 supported claims.[1] Over the past few years, we’ve seen a notable increase in the usage of Nitrosigine by some of the most popular sports nutrition brands, such as Ghost, Beyond Raw, Axe & Sledge, Dragon Pharma, and Universal.

Nitrosigine has primarily been used in pre-workouts and pump products because it’s a powerful nitric oxide booster. Nitrosigine is composed of three molecules — inositol, arginine, and silicate. 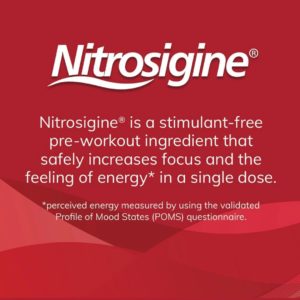 Nitrosigine is primarily found in pre-workouts due to its ability to boost nitric oxide levels!

Nutrition21 uses this specific combination of ingredients to fix arginine’s poor bioavailability, meaning that pure arginine is not absorbed by the body very well due to the first-pass effect.[2] However, binding arginine to silicate and adding an inositol stabilizer to the mix results in a significant improvement in arginine uptake.[2]

Nitrosigine has even been shown to increase nitric oxide levels to the same extent as citrulline malate, but at a fraction of the dose.[3] Nitric oxide (NO) release causes your blood vessels to vasodilate, allowing for more blood, oxygen, and nutrients to be shuttled to working muscles.

Not only does this enhance your ability to get a pump, but it can also significantly boost your performance. The more oxygen available, the better your body is able to regenerate adenosine triphosphate (ATP), which is the cells’ energy currency. Moreover, vasodilated blood vessels allow your body to shuttle metabolic waste products away from the contracting muscles, such as lactic acid.

Get in the Zone with Nitrosigine: New University Study

Beyond giving you an intense pump and boosting your athletic performance, there’s also a good amount of evidence to suggest that Nitrosigine exhibits cognitive-boosting benefits as well.[4,5]

In fact, nooLVL, another ingredient from Nutrition21 that’s used in the top-performing gaming supplements, is made up of almost all of the same components as Nitrosigine. The only difference is that nooLVL has an extra 100 milligrams of inositol to increase mental energy, focus, and alertness even more.

NooLVL was actually created after it was discovered that Nitrosigine is capable of improving “cognitive flexibility” — the ability to adapt cognition to novel situations and challenges.[4,5] A new study published by the Journal of Exercise & Nutrition found that 1.5 grams of Nitrosigine prevents the decrease in cognitive function that’s induced by exhaustive exercise.[5]

Keep reading to find out more about this study and sign up for Nutrition21 news alerts below so you can stay up to date with a leader in ingredient development and research.

Researchers from KSI Science Inc., based out of London, Ontario in Canada, used a randomized, double-blind, placebo-controlled, crossover study to determine if inositol-stabilized arginine silicate (as Nitrosigine) is capable of improving cognitive performance after strenuous exercise.[5] 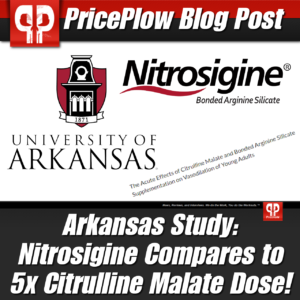 A new study found that 1.5g of Nitrosigine was just as effective at boosting nitric oxide levels as 8g of citrulline malate![3]

Evans and colleagues recruited 24 healthy, recreationally-active males to participate in the study. The study took place over two single-day periods separated by a two-week “washout” period. During the first testing day, participants’ eligibility was assessed, and each participant performed a maximally graded exercise test using a treadmill. The results from this test were then used for the subsequent testing days.[5] For the second testing day, the participants were divided into two groups:

The participants showed up to the testing facility fasted and were fed a standardized breakfast consisting of one bagel with cream cheese or jam and apple juice. Immediately following breakfast, subjects completed a part A and part B of a cognitive test called the Trail Making Test (TMT), which is considered to be a good measure of someone’s executive functioning and processing speed. Part A of the TMT assesses the ability to(recognize objects based on color, pattern, or shape. Part B of the TMT assesses cognitive flexibility and executive functioning.[5]

Fifteen minutes after completing the test, subjects were instructed to consume their assigned supplements with approximately 296 milliliters of water. Finally, each participant completed the maximally-graded exercise test. After two weeks, the participants returned to the lab to repeat the study, however, the participants who received Nitrosigine were now given the placebo and vice versa.[5]

The main outcome measures of the study were:

Each of these components was assessed by the participants’ time to complete both parts A and B of the TMT. 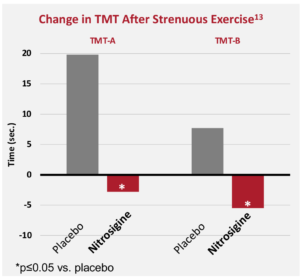 Participants who supplemented with Nitrosigine saw a significantly less drop-off in TMT times.

Here are some of the key findings from this study:

The results from this experiment are in accordance with another study conducted by Kalman et al. in 2016, published by the journal Nutrients, which also found that pre-exercise consumption of Nitrosigine enhances cognitive functioning.[4] They were published after a poster presentation at the 2018 International Society of Sports Nutrition.[6]

In summary, an acute dose of Nitrosigine is effective at improving cognitive performance (including visuoperceptual abilities, cognitive flexibility, and executive functioning) after a bout of strenuous exercise.[5] 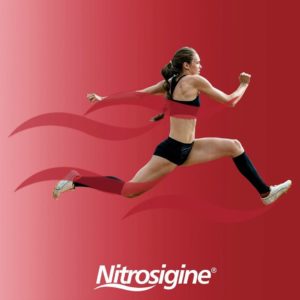 Perform at your peak with 1.5 grams of Nitrosigine!

It’s well-established that long periods of intense exercise can cause mental fatigue, decreased focus, and other cognitive impairments. Excessive amounts of mental fatigue can significantly reduce your motor and perceptual skills, thus decreasing your overall performance, regardless of what sport or activity you participate in.

Thus, one way to combat exercise-induced fatigue from occurring is by supplementing with 1.5 grams of Nitrosigine 20 to 30 minutes pre-workout. Not only can Nitrosigine elevate your physical performance, but we now have a good amount of evidence to show that it can also increase mental performance as well We hope to see more research conducted in this area, especially regarding team-sports athletes who must perform at high levels of, physical and mental acuity to succeed.

If supplementing with Nitrosigine before a big game can give you the extra edge to outperform the competition, then it’s going to be a game-changer for any athlete. If you’re just a recreational athlete who likes to lift weights a few days a week, Nitrosigine can still help you get into the zone for your workouts.

Before you go, make sure to subscribe below for more Nutrition21 news, research reviews, and interviews from PricePlow!