For well over a decade, gamers and energy drinks have gone hand in hand. But have you ever wondered why?

Truth be told, the average energy drink is mostly water, caffeine, and maybe some “focus” ingredients so under-dosed they can’t even elicit a measurable effect (we call this “pixie dusting”). And maybe loads of completely unnecessary carbohydrates.

Standard energy drinks are garbage for gaming. Here’s why. 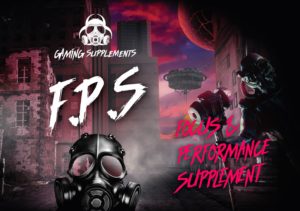 Now you are ready.

There are three reasons these drinks exist:

So along comes the sports nutrition industry, of which PricePlow is a part of. If there’s one thing we know, it’s getting you energized, focused, and motivated for your mission. Unfortunately, some of the first brands to jump in were also those that also engage in pixie-dusting and the proprietary blend nonsense described above.

A gaming supplement made by gamers… who also know supplements

I’d like to introduce you to Outbreak Nutrition. This most fascinating brand is technically in the sports nutrition space… but take a look at their website (warning: that’s an affiliate link). You won’t see a single nutrition or fitness article on it.

These guys created another world — literally. Outbreak Nutrition is based on an alternate, post-nuclear apocalyptic reality, set in 2044. Their purpose is to prepare you for survival. They train hard but guess what – they game hard, too.

This is the perfect brand to produce a gaming supplement. 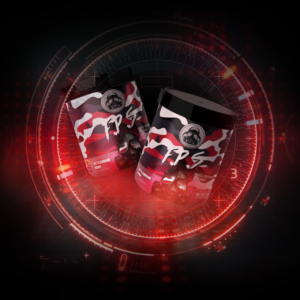 FPS levels up with 1.6 grams of nooLVL

F.P.S (focus & performance supplement) is what energy drinks are supposed to be. It’s an epic combination of energy, mood-enhancing, and focus-boosting ingredients designed to get users into the ultimate gaming mode. We covered FPS on the blog in October 2018, but we’re reviewing it again because FPS has just finished undergoing a creative overhaul.

One of the most notable changes that Outbreak Nutrition made to FPS is that they ditched the 2 grams of citrulline malate for 1.6 grams of nooLVL, which is the clinically-studied dose. NooLVL is a cutting edge ingredient, developed by Nutrition21, that’s dominating the gaming supplement industry. It’s one of the only ingredients that has been proven to enhance gaming performance, which is measured by reaction time, mental energy, speed, decision-making, and accuracy in real gamers![1]

Keep reading to learn more about nooLVL and see everything that’s changed about FPS. But first, take a look at our coupon-driven price comparisons and sign up for our Outbreak Nutrition news alerts so you never miss a contest, new product, new flavor, or deal:

For optimal results, Outbreak Nutrition recommends mixing one scoop with approximately 8 ounces of water or two scoops with 12 ounces of water. You can vary the amount of water to suit your tastes. It’s important to note that just one scoop of FPS contains 125 milligrams of caffeine, so avoid taking it within 4 to 5 hours prior to sleep.

Here’s a brief overview of each vitamin that’s included in FPS:

Here’s an updated list of all the available FPS flavors: 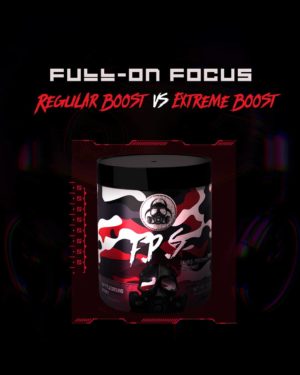 We also prefer to use gaming supplements that have a fully-disclosed label, as opposed to a proprietary blend, so you can be confident that the company uses efficacious dosages of each ingredient. Outbreak Nutrition FPS is a prime example of a gaming supplement that’s on the top of our list. It also has efficacious dosages of other ingredients that will help you level up.