When Tom Brady launched The TB12 Method, he showcased his holistic stance on health and fitness, covering four pillars of wellness and athleticism: 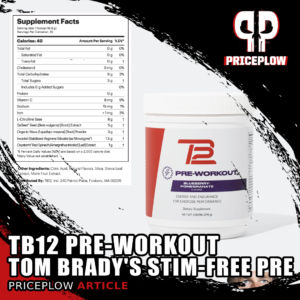 Wow! Tom Brady put together an impressive stimulant-free pre-workout supplement, fronted by clinical doses of Nitrosigine and L-citrulline, and monster doses of botanicals like beet root, red spinach extract, and even maca! This one’s going to be special.

It started with a diet and training routine, but over time, the G.O.A.T. put together the TB12 supplement line. And when it comes to supplements, there’s nothing that catches our attention faster than the pre-workout.

Given Tom Brady’s natural and ancestral stance on dieting, we were excited to see how he’d put this together. And quite honestly, it’s one of the most impressive and on-brand celebrity pre-workout supplements we’ve ever seen.

With a clinically-studied and verified dose of both Nitrosigine and L-citrulline, Tom Brady’s stim-free pre is already potent. But then he goes above and beyond, adding absolutely massive doses of organic nitric oxide boosters like beet root extract and red spinach extract – with a beet root dose that’s literally ten times what we generally see in the bodybuilding industry.

To top it off, we have a unique herbal libido- and natural energy-enhancing ingredient in maca root extract, which puts this product in its own class.

Today, we cover the Nitrosigine-powered stim-free pre-workout in all its glory. Whether or not you’re a fan of Tom Brady or TB12, this is a product to try — especially if you’re looking for natural flavors and natural sweeteners without caffeine or artificial colors.

First, check out the prices we’ve found on PricePlow, then let’s get into the science behind Nitrosigine and everything else inside:

In a single, one-scoop serving of TB12 pre-workout from TB12 sports, you get the following — with zero caffeine:

At the time of publishing, Tom Brady and team have just one flavor: blueberry pomegranate. This is from natural flavors, and it is naturally sweetened with stevia leaf and monk fruit extract.

If more flavors are added, they may be shown below: 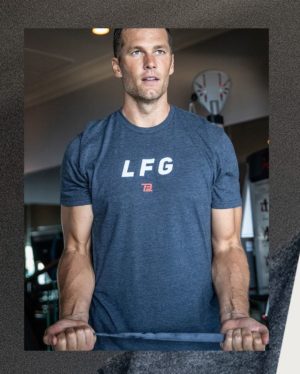 While it’d be great to have some benefits from blueberries and pomegranate (the former being a focus aid / antioxidant and the latter being ergogenic), they’re not active ingredients and likely not dosed enough to get benefits aside from their flavoring. However, we get excited anytime the flavor/color systems potentially provide any additional benefits.

Nitric oxide has enormous benefits for athletic performance. So the best pre-workout supplements will hit the nitric oxide system hard, and that’s exactly what the TB12 pre-workout formula does. No nonsense: except for maca, every single ingredient in this stack is there to maximize nitric oxide production, and the maca is likely to be experiential. Moreover, the ingredients complement each other for synergistic effects.

This may be a tough one to flavor, so look for our video above, but the fact is, this is an extraordinarily impressive stimulant-free pre-workout supplement that has clinical doses of powerhouse ingredients like Nitrosigine and citrulline alongside far greater beet and red spinach doses than we normally see in the bodybuilding world.

If the taste is palatable enough, we have to tip our hats to Tom Brady for formulating a monster. This is a celebrity stim-free pre done properly. 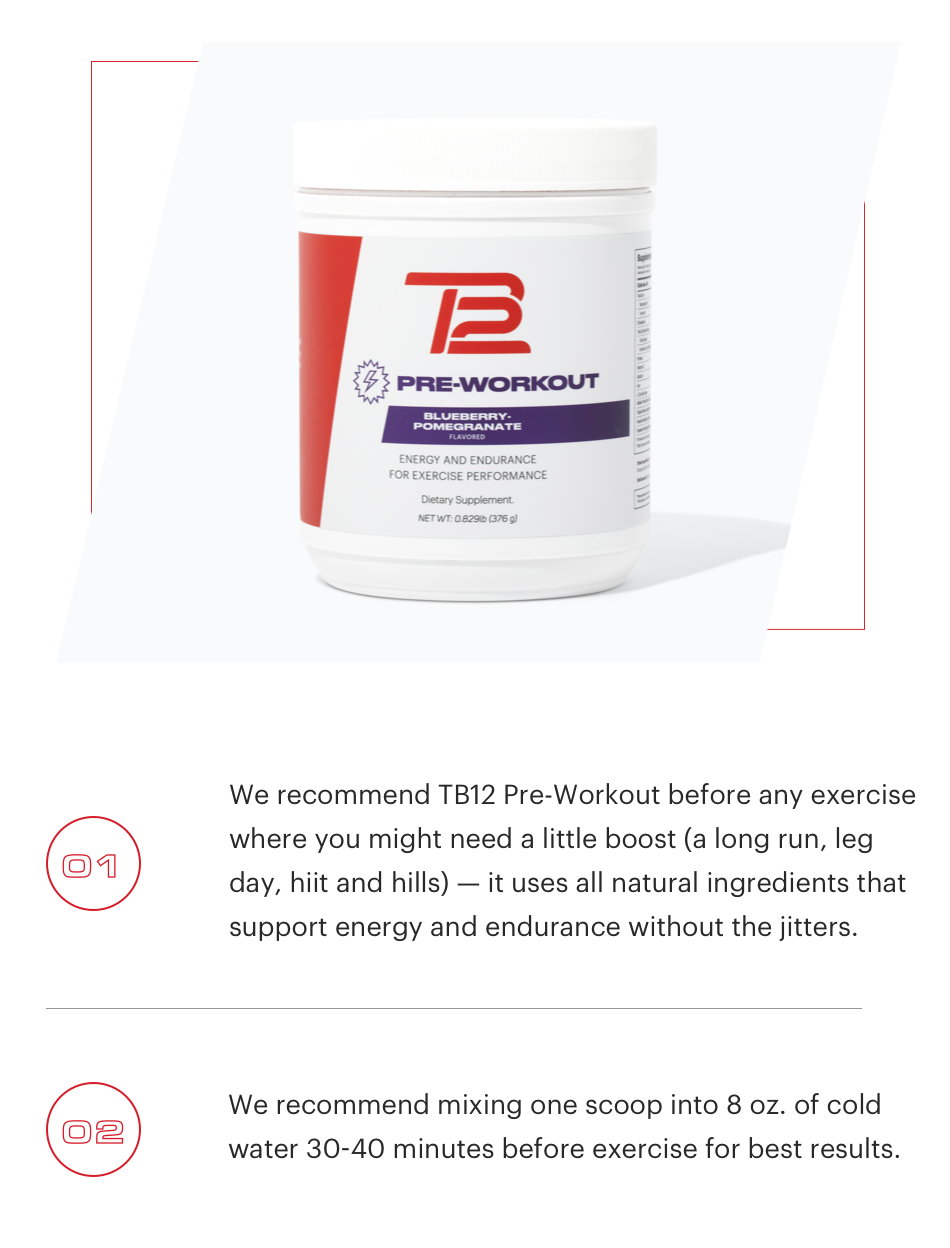 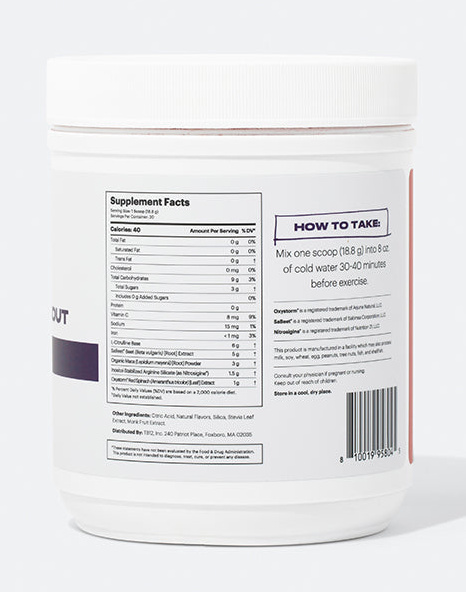 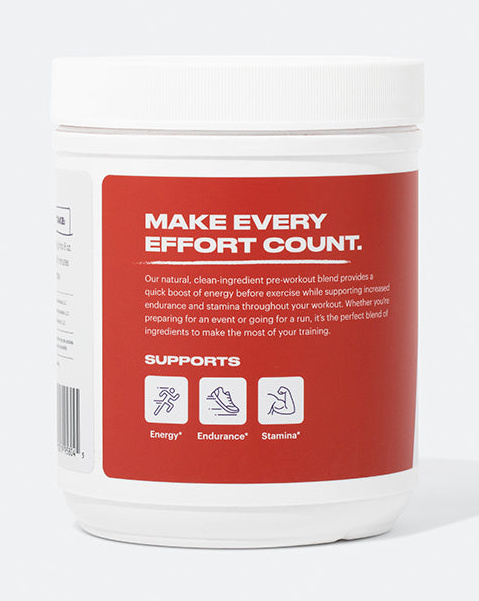