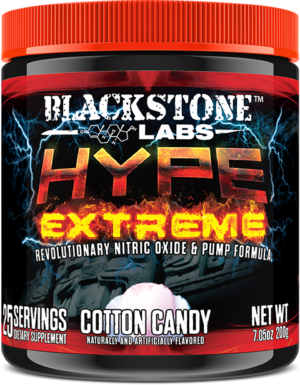 Blackstone Labs is one of the hardest hitting companies on the market with their line up of extremely aggressive stimulant-based pre workouts. They made waves back in June 2016, when they announced a new pre workout was in development, but this time it would be stimulant-free.

Well, after months of mounting anticipation, BSL recently released the profile for its highly-touted pre workout. Hype Extreme appears well worth the wait and it’s profile looks to improve pumps and focus in one fell swoop.

We’ve got the breakdown just ahead, but first, take a moment to check the best deal and sign up for alerts from PricePlow:

BSL has packed five extremely well-dosed ingredients into its stimulant free pump pre workout. The first two ingredients included for better pumps, but it’s the last three that really brought our focus to the product. 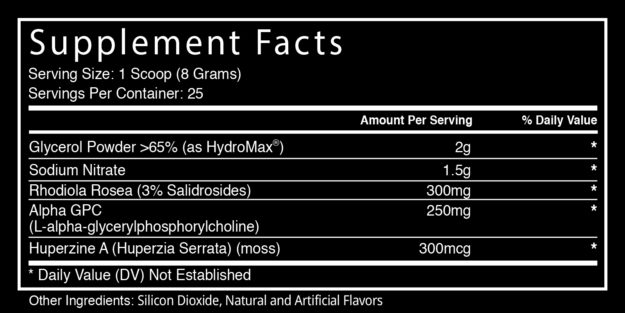 Hype Extreme contains a tremendous dose of Sodium Nitrate, making for some epic pumps during your workout!

BSL’s products are quite well known for their flavoring, and Hype Extreme doesn’t look to disappoint either. You can currently find it available in two flavors: Cotton Candy or Fruit Punch.

We’ve noticed these cotton candy flavors are getting really good lately, too!

Hype Extreme may be short on ingredients and scoop size, but it certainly packs quite the stim-free punch!

Touting the highest sodium nitrate dose we’ve seen thus far in the industry combined with HydroMax and a solid dose of focus boosters makes Hype Extreme a must try if you’re looking for a new stim-free pre workout or something to add into your stim-only pre workout.

This could be fantastic for those nighttime workouts when you want focus, but not the energy… but given that nitrate dose and the long-term pumps it will give, you might be better off using it earlier in the day so you can show off those guns – because these pumps are going to last all day long.