Heavy Cardio and Lifting on the Same Day? NO, says New Study 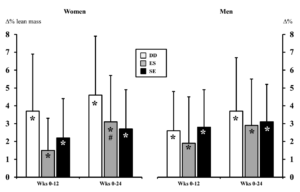 Fig. 1 – Mean (SD) changes in total body lean mass. By the end of the 24 weeks, it’s clear that the group doing cardio and lifting on Different Days experienced the greatest gains.[1]

There is an endless debate in fitness circles over the pros and cons of doing both cardio and strength training in the same day. Some gym bros say to do lifting before your cardio, some say do cardio before lifting, and still others suggest that you can do them in the same day, but the two forms of exercise should be separated by a few hours.

Well, all that broscience is about to get chucked in the trash as a group Finnish researchers at the University of Jyvaskyla sought to settle the debate for once and for all with real science!

When is it best to do your cardio?! 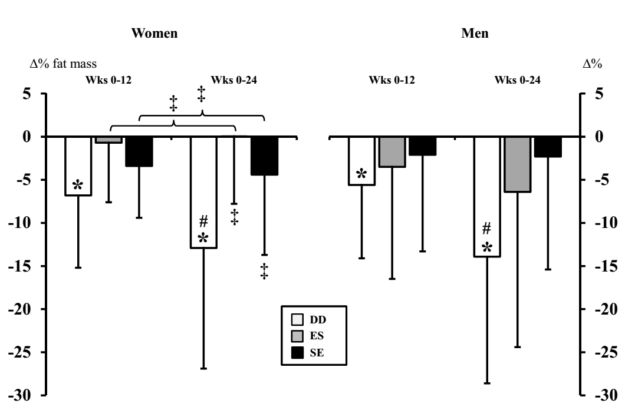 Fig. 2 – Here’s the differences between changes in Fat Mass among the three groups.[1]

All groups performed supervised strength and cardio training for 24 weeks. Additionally, researchers also made sure that each group performed the same total training volume over the testing period. Training for each group broke down in the following manner: 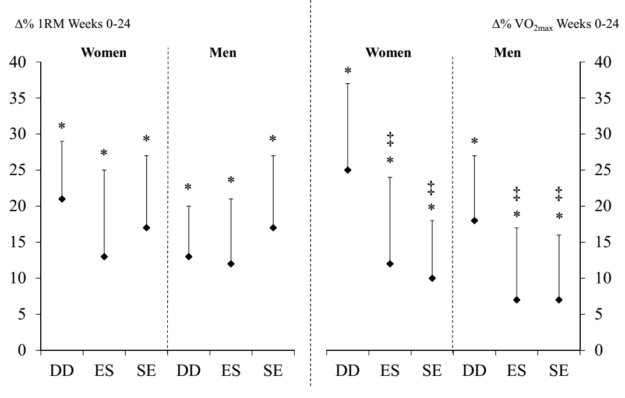 Fig. 3 – Lastly, 1RM and V02Max increased the most in the group doing cardio and lifting separately![1]

1RM leg strength and VO2Max increased across all groups in men and women; however, maximal oxygen consumption increased more in DD vs. ES and SE both in men and women. Total lean body mass increased in all groups, but here’s the kicker — only the group performing cardio and strength on different days experienced a decrease in total body fat and abdominal-region fat!

Basically, if you’re interested in increasing your performance and overall body composition, the science is pretty clear — do your strength and serious cardio training on different days! Additionally, this study also indicates that training more frequently (4-5x / week) is more beneficial than training only a handful of times per week (2-3x / week).

“While the mechanism for this phenomenon was beyond the scope of the present study, separating strength and endurance training into more frequent sessions performed on different days seems to be a valid option for healthy adults who wish to simultaneously optimize body composition and improve physical fitness.”

The science seems pretty cut and dry — if you’re looking to make the most gains in the gym in terms of performance and physique, start separating your cardio and lifting days onto separate days. Now, don’t take this to mean that you can’t hop on a bike or treadmill for 5-10 minutes to warm up before lifting, that’s not what this study was about.

Ultimately, this study means that you should do long steady-state cardio (endurance training) on different days than you are hitting the weights.