Cholinace From Glaxon: Three Sources of Choline For a Maximum Neurological Boost

Glaxon is one of the newest and most talked about supplement brands for 2020. Although they launched at the end of 2019, their products are getting people hyped up for what else is in store. Most people will look at Glaxon’s labels and fail to realize how well they’re packed to the brim with ingredients that result in serious effects. More than a few people have tried one of their products and have been completely caught off guard with how powerful they are.

How is Glaxon able to formulate such effective supplements? They’re true industry veterans with several years of experience, so after plenty of trial and error at other companies, Glaxon knows what works best and decided to apply it to their own form factor. If you watch their YouTube channel under the name of Supplement Lab, you can get a good idea of how well Glaxon understands physiology and pharmacology. Having a solid education on the way supplements affect the body and interact with each other, gives Glaxon an edge on their competitors.

Why are Glaxon’s Products So Effective? 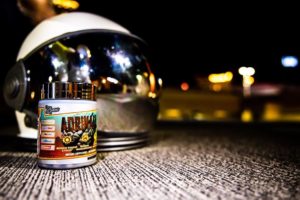 Adrinall is a potent nootropic designed to increase focus, motivation, memory, and kick your procrastination goodbye.

If you start looking at some of Glaxon’s formulas, you’ll notice there are some never-before-seen trademarked blends such as Cholinace listed. People are starting to wonder why these proprietary blends are included, and if that’s what makes Glaxon’s products more effective than others.

Two of Glaxon’s best sellers, Specimen, a high-stim pre workout, and Adrinall, a potent nootropic, both have Cholinace inside. This ingredient is a proprietary blend of three different choline sources, but is that really necessary, or is it just a marketing tool? Glaxon has the answer for you, because every ingredient they place in a formula has a specific purpose and it’s not just marketing.

In this post, we’re going to discuss all you need to know about Cholinace so you understand the ingredients, purpose, and benefits it provides. Glaxon is about to turn the supplement industry upside down with all they have planned, so make sure you’re subscribed to Glaxon news alerts and don’t miss out on what’s coming next from PricePlow’s Supplement Brand to Watch for 2020.

The Importance of Choline

Before we break down what Cholinace is all about, let’s first refresh on why choline is an essential nutrient and contributes to several functions within the body. Choline is naturally found in some foods such as fish, poultry, meat, dairy products, eggs, and sunflower seeds. However, with the rise in popularity of vegan and vegetarian diets, choline deficiency is becoming more of a concern. Therefore, it’s crucial to make sure you get enough from food or use a supplement because an insufficient amount can lead to major health determinants such as fatty liver disease, organ/muscle damage,[1] and anecdotally, a serious amount of brain fog.

Choline is essential for maintaining the structural integrity of cell membranes,[2] but it’s also a precursor to several substrates within the body.

Now that we understand the importance of choline, let’s break Cholinace down to recognize why three different sources of choline are included. Although it’s shown as a proprietary blend on the labels, we can disclose that it’s always set to a 2:1:1 ratio regardless of the total dosage included in the product.

Watch Joey Savage from Glaxon explain the science behind Cholinace and how it was developed on The Supplement Lab’s YouTube channel: 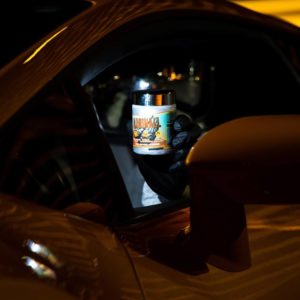 Not only does Adrinall feature Cholinace, it includes one more source of choline for some added benefits!

The Goons over at Glaxon know how to have a bit of fun, while creating epic formulas the industry has never seen. They’re not here to follow trends, Glaxon is here to make some noise by carving their own path. A lot of time is spent on research, testing, and formulating to create the best products around. Cholinace is just an example of how Glaxon goes above and beyond to ensure you get the most benefits out of their products.

Don’t be fooled by the label, every single Glaxon product is stronger than it looks, you just need to dig a little deeper, keep an open mind, and try them for yourself… sometimes at half a serving size! Team PricePlow is beyond excited for what’s to come from this newcomer, because they’ve taken multiple veterans from the industry to create a powerhouse team capable of greatness. Make sure to stay tuned with all things Glaxon, because this is just the beginning!