Animal Cuts POWDER: A Fat-Burning Drink for the Athletes at Animal

Posted on April 7, 2021 by Mike Roberto and CJ Luther | No Comments

Universal Nutrition, a legendary supplement brand that has dominated the worlds of bodybuilding and powerlifting for years, built their sub-brand Animal for individuals that express four key characteristics — passion, dedication, discipline, and integrity. These Animals possess a mindset that’s committed to being their best self, and setting and achieving new goals in and outside the gym.

For years, we’ve trusted Animal Cuts as one of the most intensely formulated fat burners on the market. And now it comes in powder form, bringing tons of the “daily essentials” and more!

The original Animal Cuts is the brand’s fat burner that has helped many take their fat-loss goals up a level, achieving that ripped physique they’ve worked so hard for. Cuts originally came in the brand’s signature “Pak” delivery system (which contains multiple capsules per serving in a travel-friendly packet)…until now.

Introducing Animal Cuts Powder, the newest variation of the brand’s iconic thermogenic supplement. Now, Animals can boost their fat-loss regimen with a sweet-tasting drink instead of multiple capsules. However, this iteration of Cuts isn’t simply a re-hashing of the original. This powdered version is built with a similar, albeit different, formula. It uses a few ingredients that the Pak-based version doesn’t. It’s also virtually fully disclosed, explicitly listing the amounts of all but one active ingredient. Where it remains consistent with the original variation, however, is in its purpose — energy, focus, and fat-melting potential!

In this post, we’re going to dive into all that Animal Cuts Powder delivers in its three complexes. Afterwards, we’ll look at both Cuts products side-by-side and discuss their differences. Before we get to that, make sure you’re subscribed to PricePlow for Animal news and deal alerts. We want to help you Animals find great deals on the latest and greatest from this legendary brand.

We’ll discuss the differences between Animal Cuts Paks and Animal Cuts Powder later — for now, let’s jump right into the ingredients of the newest thermogenic from the iconic brand.

Each container of Animal Cuts Powder contains 42 servings, with a recommendation to use two scoops per day. Our ingredient breakdown is based on one serving — just know that if you go for two daily servings, your total doses will be double what’s listed!

The full Animal Cuts Powder Ingredients — this one came from the Blue Ice Pop label. An incredible way to start your day!

Here’s what each 5.9 gram scoop of Animal Cuts Powder delivers:

We mentioned it above, but it bears repeating here — Animal recommends two servings per day of Cuts Powder. How you decide to take these scoops is up to you, but it may be advantageous to split up the two servings (one in the morning, one in the afternoon, for example) in order to give the body a more continuous flow of active ingredients. 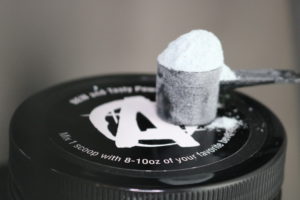 A bit more than 200mg caffeine in this scoop, admittedly… dose responsibly!

Additionally, Animal also suggests using Cuts Powder in a “three weeks on, one week off” fashion, giving the body one week to re-adjust after three weeks of using the thermogenic.

Despite the change in form and ingredients, Animal doesn’t alter its suggested dosing — daily servings, intake procedures, and chronic supplementation are identical for both Animal Cuts Powder and Animal Cuts Paks.

The water recommendations are on top of the lid — 1 scoop goes with 8-10oz water — but we can anecdotally we can tell you that the Blue Ice Pop flavor can handle even more water and still taste great!

What flavors are available

The following list will remain up-to-date with all variations of Animal Cuts:

Now that we’ve covered what’s in Animal Cuts Powder, and have already dedicated a blog post to Animal Cuts Paks, we can rightfully compare the two! 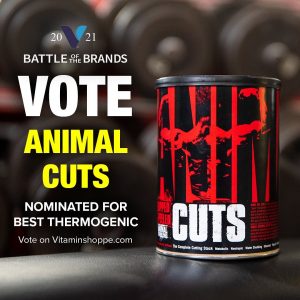 Always remember to support your favorite brands. If you don’t give feedback, nobody knows what you’re thinking, and brands do listen!

Cuts is one of Animal’s cornerstone products, first coming in the brand’s signature “Paks” system before being offered in powder form. Despite sharing a name and goal — intense fat-burning — these two variants are actually quite different. Here are some of the biggest distinctions between Animal Cuts Paks and Powder:

These distinctions are noteworthy, yet they don’t necessarily raise one variant above the other. Animal Cuts Paks delivers more active ingredients, but in a largely undisclosed format. Animal Cuts Powder discloses virtually all of its ingredients but is lacking in a few areas — notably appetite suppression and bioavailability enhancement. 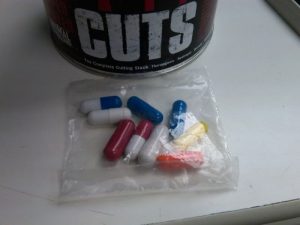 If you stack Animal Cuts Paks and Powder, you may want to beware the red (stim) and blue (diuretic) pill overlaps!

Interestingly, these differences actually make a case for using both together — leave out the red (stimulants) and blue (diuretic) pills in Animal Cuts Paks and you can make a potent fat-burning stack built for Animals!

Make no mistake — both variants are effective on their own. Which one you opt for ultimately comes down to how you want to take your fat-burner. Whether you’d rather take a few capsules or sip on a refreshing drink, either Animal Cuts formula should help aid your weight loss endeavors!

As always, the multivitamin of choice for Animals out there will be none other than Animal Pak (note that they have Animal Pak Powder as well). 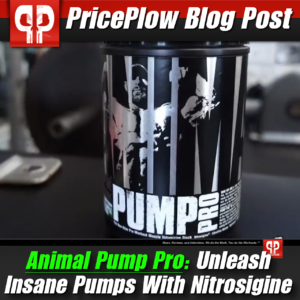 Feeling the need for even more pumps? Check out our article on Animal Pump Pro

There may be some of you Animals out there looking to really take your fat-loss efforts to the next level, and though Cuts Powder helps facilitate such goals, it’s well-designed for stackability with other ingredients. This product has more breadth than depth — rather than deliver a ton of any one ingredient or focus, it uses various ingredients to cover multiple areas related to fat loss.

We’ve already mentioned the possibility of using this powdered variant of Cuts with its Pak-based cousin, but those craving more energy could explore incorporating more hardcore stimulants like synephrine, yohimbine, or yohimbe could considerably up the ante. Some Animals may even go beyond that…

It goes without saying that these avenues should be explored responsibly. With the recommended two servings of Cuts per day, you’re already getting a solid amount of stimulants, nootropics, and fat-burning ingredients. Additionally, those Animals that are drug-tested athletes should be cautious about what they decide to stack on top of Cuts!

If using either version of Animal Cuts pre workout, but you still want to get a legendary pump going, then Animal Pump Pro is the answer, with its clinical 1.5g dose of Nitrosigine and far more. Of all the Animal supplements, we think this is one of the most underrated and keep coming back for more.

For Animals setting goals focused on losing weight or shedding body fat, Animal Cuts has been a trusted aid. Animals are committed, driven individuals who have their priorities set straight — with their diets, training, and lifestyle choices all in-line, Cuts has provided that extra boost they needed to effectively reach their fat-loss goals.

Are you an animal? This is a great “daily driver” formula

As strong and convenient as the original Pak-based Cuts is, Animal wanted to provide their loyal customers with another means of upping their thermogenic potential. They understand that some Animals prefer sipping on a tasty drink as opposed to taking multiple capsules, and that their fat-loss efforts don’t have to suffer because of it.

Animal Cuts Powder is a great-tasting way to yield the fat-burning benefits that the brand’s iconic thermogenic delivers. Making some slight alterations in the formula, Animal was able to uphold the product line’s purpose without sacrificing effectiveness or taste. Cuts Powder is an excellent addition to their wide-spanning supplement portfolio, and gives Animals yet another avenue towards the fat loss effects that Cuts is known for.