In the landscape of the overall business zeitgeist, the dietary supplement industry is relatively new compared to other industries. It’s grown leaps and bounds over the past decade, with a fresh supply of research studies, ingredients, and finished products whose releases accelerate every year.

The growth of glucose disposal agents brings us back to chromium 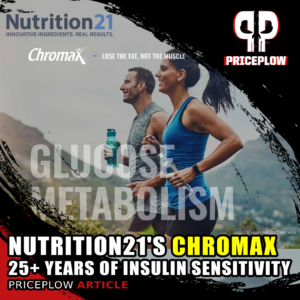 In the sports nutrition world, protein and creatine are two classic ingredients helping to cover dietary gaps. But too often, we forget the essential minerals in our diets, and minerals may be the biggest victims of our strip-mined food supply, thanks to aggressive overfarming practices and ultra-processing of foods.[1-6]

One such mineral that’s become more important than ever is chromium, a compound whose deficiency leads to a mess of metabolic issues including insulin resistance, worsened cardiovascular disease, and other health deteriorations.[7] And one chromium ingredient has has been on the market for an incredible 25 years – Chromax.

25 years of Chromax: Decades of helping with chromium deficiency

Sold by Nutrition21, Chromax is a branded form of chromium picolinate. This ingredient comes with decades of research and has only become more important over time, helping us in the fight against the obesity pandemic, widespread insulin resistance, and numerous dietary deficiencies.

In this article, we recap Chromax, and give some interesting insight about its manufacturing. Before we get there, be sure to sign up for our Nutrition21 alerts so that you don’t miss any future research:

Last year, we wrote a “deep dive” report on chromium picolinate, so if you’re looking for the heavy science and mechanism, see our article titled Chromium Picolinate: The Ultimate Trace Mineral For Insulin Sensitivity. Below, we summarize some of that data, talk about some products with Chromax, and discuss its manufacturing.

Who is Chromax best for?

Unsurprisingly, chromium picolinate is best taken by those who are deficient in chromium. However, not everyone knows their chromium status, but the highest likelihood of those needing more chromium are the following: 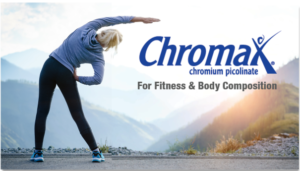 There are other use cases and signs of deficiency, and several specific health issues are strongly connected to insulin resistance.[8] The data supports that more dieters should consider supplementing chromium alongside a less insulinogenic diet.[9,10] However, the above list is a great starting point, yet covers the majority of Western citizens.

Chromium’s main interaction is with insulin secretion.[11-13] Chromium Picolinate (and by extension, Chromax) has been been successfully researched in the following areas:

Again, you can read about these studies in greater detail in our chromium picolinate post. 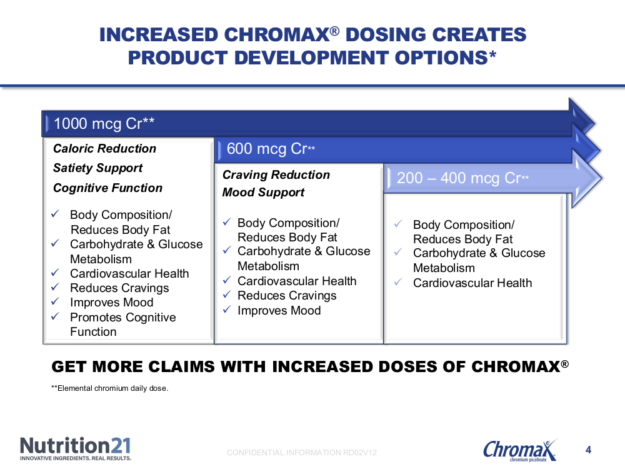 The great the dose, the more benefits you may experience with chromium picolinate! 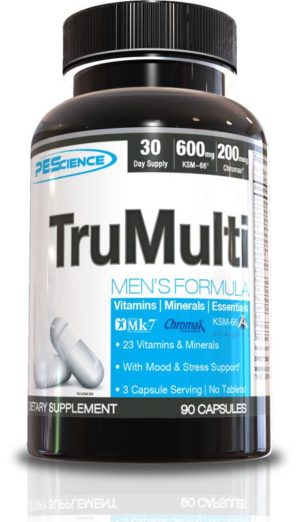 PEScience TruMulti Men’s is an easy way to get Chromax in every day!

There are several supplements with Chromax inside, but one of the simplest ways to get it is in your multivitamin, each and every day! For this reason, we recommend trying PEScience’s TruMulti Series, which comes in TruMulti Men’s and TruMulti Women’s formulas. Both of them contain 200mcg chromium from Chromax.

If looking for a strong blood sugar protection supplement, give Jacked Factory’s GDA XT a shot – it brings 300mcg chromium from Chromax, sure to cover any deficiencies if taken daily before meals. It can also be utilized as a Glucose Disposal Agent in sports nutrition applications, as discussed in the research section above.

Manufactured in the USA… with globally sourced ingredients

Another great thing that few talk about with Chromax is its manufacturing. Using globally-sourced raw materials, the ingredient is actually synthesized here in the United States! This is uncommon for ingredient manufacturing, and is supportive of local economies. On top of that, it’s a great sign for the environment, given the EPA’s strict governance over such operations.

Label claims that are more than research-backed claims

We recently discussed Nutrition21’s research-backed claims on their various ingredients in our article titled Because it Works: Ghost’s Use of Nitrosigine to Move Markets. It’s important to note that they are a research company first and foremost, and they don’t want their research to be misrepresented.

Doing things right: Chromax is manufactured in the USA with globally sourced ingredients

Likewise, they do not want to see their ingredient origins misrepresented either. Nutrition21’s teams have seen “Made in the USA” all too often on supplement tubs, and that is generally not the truth – and not legal.

The Federal Trade Commission (FTC) states, “For a product to be called Made in USA, or claimed to be of domestic origin without qualifications or limits on the claim, the product must be ‘all or virtually all’ made in the U.S.”[27] They go on to state that “‘All or virtually all’ means that all significant parts and processing that go into the product must be of U.S. origin. That is, the product should contain no — or negligible — foreign content.”[27]

This is why you’ll see Nutrition21 say that Chromax is manufactured in the USA with globally-sourced ingredients. Because that’s the absolute truth. But it’s still a major win for America, because it brings the finished ingredient synthesis and testing back home.

CertainT allows brands and ingredient suppliers the power to tag, track, and test for specific ingredients as the product travels through the supply chain!

This quest for truth has also led the company to adopt CertainT technology, which enables Nutrition21 to verify that every ingredient of theirs is actually the real ingredient as advertised on the label. This way, when you see a Nutrition21-branded ingredient on the label, you know that it’s in the tub – and at the right dose. Brands and manufacturers have caught wind to the fact that CertainT is a legitimate, working technology program, and Nutrition21 is as serious about their ingredients being used effectively and responsibly as they are about their research.

Over 25 years of insulin sensitivity

In such a young industry, it’s uncommon to see products or ingredients with this much research and this much time on the market. Being over two decades old, one could argue that Chromax itself has seen a lot of changes in the collective metabolic wellness of our society — and those changes have unfortunately not been good.

As farming practices get worse, so do our mineral deficiencies

We posit this – given that our food supply has gotten more deficient for various reasons (over-farming, over-processing, inflammatory additive oils, more pervasive anti-nutrients), some of the older research under-estimates the beneficial effects of chromium supplementation.

It’s tough to cite a 1996 diet study on free-living individuals knowing how much worse our food has gotten since then. Those subjects weren’t drowning in soybean oil and other hyperinsulinemic foods like we are now. To us, critical ingredients like chromium have gotten better over this time period because our food has gotten worse. We could make the same arguments for creatine, carnitine, choline, magnesium, iodine, and more.

But regardless of where we are in time, if you’re not eating a nutrient-dense diet, you’re likely going to be malnourished, tired, and hungry, and supplementing chromium is one of the many things you should look into. We expect Chromax chromium picolinate to continue leading the way, and plan to see it on the market another 25 years from now.