Since 2014, Inspired has been coming out with some of the most innovative products on the market to ‘fuel what inspire’s you’.

2019 was a massive year for Inspired Nutraceuticals – they launched several innovative new supplements while also making updates to existing ones. At times it was hard to keep up, but some of their most notable releases were: FSU, a comprehensive non stim pump product, Protein+, a whey based protein powder with added probiotics, collagen, and digestive enzymes, and Greens, a nutrient dense powerhouse. And that’s really just a snapshot of all the things Inspired was up to.

Inspired has been around since 2014, and right from the start, they’ve been known for not following industry trends, creating unique and powerful formulas, and carving their own path. You can tell those values have really paid off, because Inspired is one of the most well-respected brands in the industry, and their founder Chris Waldrum is one of the most respected CEOs. Last year was all about expanding their line and reach even further by offering more products geared towards health and wellness.

In addition, Inspired has a newer high-powered pre workout called DVST8 Global, which features a globally compliant formula for everyone to enjoy! Their line has grown into a well-rounded machine that includes products geared towards optimizing health and performance. PricePlow is excited to see them take a different direction, because with what they’ve released so far, it’s quite impressive. 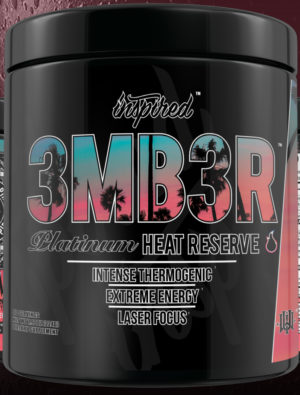 Ember has finally returned and it’s better than ever!

One highly anticipated product that was meant to get updated last year was Ember, their potent fat burner. But with so much happening in such a short span of time, it got left on the back burner. Now that 2019 has come and gone, Inspired is finally ready to bring Ember back to life. And believe us, after you see the formula, you know it was worth the wait!

Inspired claims, Ember will bring a new level of fat loss to the market by delivering extreme energy, fat loss, and leave you with an euphoric feeling. Although Ember was already an incredibly effective product, with a few changes, it will take your progress to new heights.

Achieving a lean and muscular physique is what drives the majority of people to workout in the first place. Getting your diet, exercise, recovery, sleep, and stress levels dialed in is a lot to handle. No matter what, achieving your desired body composition takes time, but with the help of Ember, it may speed up the process. Inspired is known for creating supplements that seem to surpass their label claims. The return of Ember is about to light up the industry — get ready to experience just how powerful a thermogenic can be!

2019 may have been a huge year for Inspired, but that does not mean they are slowing down anytime soon. Before breaking down the formula, sign up for our Inspired Nutraceuticals news alerts on PricePlow!

Note: In the above price comparisons, you may see the old formula still out there. Check the label and design on the retailer’s site to confirm. 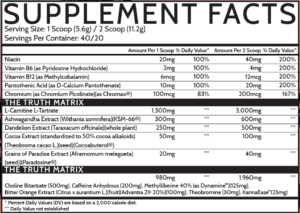 The new Ember features some different ingredients and a fully transparent label!

Inspired is known for loading their products with some of the most effective ingredients on the market and Ember is a perfect example of this. The formula is lengthy, but it has everything you need to maximize your fat burning potential. When PricePlow got word that Inspired was reformulating Ember, we knew it was going to get some big improvements.

Since it’s so stacked, Inspired split up the supplement facts panel to include dosages for both a one (5.6g) and two scoop (11.2g) serving, which is quite a bit for a fat-loss supplement. They recommend mixing one scoop with 4-6 ounces of water and drinking it 30-45 minutes before exercise.

Ember was specifically formulated to increase energy, focus, and turn up the heat by acting as a potent thermogenic. The old version was extremely popular before, but let’s see how Inspired was able to make it even better!

Watch This Video To Learn More About Chromax From Nutrition21!

Ember is a powdered based fat burner so the main question is: can Inspired mask the spice that often accompanies Grains of Paradise? They do use a mix of natural and artificial flavor and sweeteners too add flavor to this product, but they never use any artificial coloring. Historically, Inspired has done a great job flavoring their supplements and when they can, always opt for natural ingredients.

But some of the ingredients in this fat burner may have been too difficult to mask with just stevia. Since this is a powder based product, it can easily be stacked with a non-stim pump product like FSU, to create a comprehensive pre workout drink.

Here’s an updated list of all Inspired Ember’s available flavors:

The Return of Ember Was Worth The Wait!

Coming off a huge year in 2019, Inspired knew they had some big shoes to fill. Ever since they announced that Ember was getting some upgrades, their fans were eager to see what they had in store. We think it’s safe to say that the wait was well worth it, because that is quite the formula. 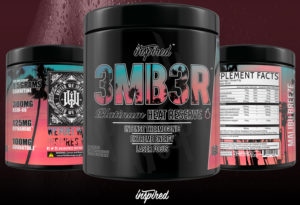 Ember is ready to show you just how powerful a thermogenic can be!

Ember has everything you need to make even the toughest cardio sessions seem like a walk in the park. Not only are we fans of the new formula, but we also like how it now features a fully transparent label, unlike the old version. Ember is ready to dominate the thermogenic market, and with the new formula, it’s definitely capable of doing just that!

From the very beginning Inspired stood out from the rest of the competition, but with the direction they’re heading now, it’s really starting to become apparent. Chris Waldrum, owner of Inspired, is continuing to push the industry forward with every new product they come out with. And that’s something we appreciate and respect. But Inspired is far from being done, so definitely be on the lookout for what’s to come in the future. PricePlow will make sure to keep you updated, all you have to do is subscribe down below!

Note: In the above price comparisons, you may see the old formula still out there. Check the label and design on the retailer’s site to confirm.