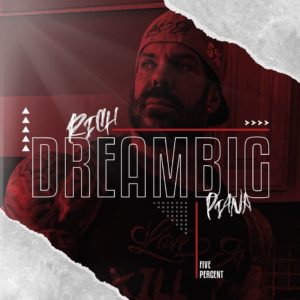 Rich Piana would want you to become the best version of yourself. Don’t disappoint him or yourself!

In the worldview of legendary bodybuilder Rich Piana, only 5% of the planet has the drive, determination, and discipline to truly fulfill their dreams. It was for the sake of this 5% that he founded 5% Nutrition. Piana wanted to produce supplements of the highest efficacy and purity for that driven 5% to use while they pursue their mental and physical goals.

Sadly, Rich Piana left us too soon, passing away at the young age of 46. In honor of his memory, the team at 5% Nutrition continues to expand the company’s product line with fantastic new offerings. We know that Rich himself would be proud of their work, which has kept 5% Nutrition on the industry map as a premium supplement line.

The Mentality Nootropic from 5% Nutrition

Some might be surprised to find a bodybuilder’s supplement line producing nootropics, but it actually makes perfect sense. In recent years, many of us have come to appreciate the importance and depth of the mind-body connection. 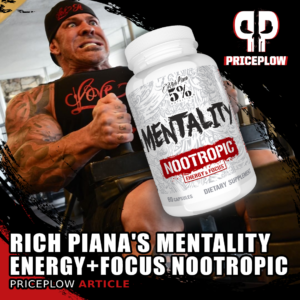 Get ready to get into the right Mentality

The other reason this supplement makes sense is because getting after it day-after-day in the gym takes a lot of focus and motivation. A properly formulated nootropic supplement can definitely help you keep at your grind on the days when you don’t feel like it at all.

And of course, even those of us who lift weights have plenty of goals outside the gym, whether professional, intellectual, or artistic. We understand that if supplementation is a worthwhile strategy for supporting our athletic objectives, it’s worth considering as a strategy to support our other ambitions as well.

In a single two-capsule serving of Mentality Nootropic from 5% Nutrition, you get the following:

Stacking for Workouts: Look at Full as F*(K and ALL DAY YOU MAY 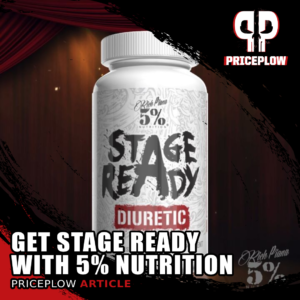 Are you stage ready? Get there with a diuretic that actually replaces lost electrolytes!

If you’re training with Mentality, you’ll want to avoid a stimmed up pre workout like Kill It, Kill It Reloaded, or 5150. You can, however, add in Rich Piana’s Full As F*ck Pump Pre Workout for some insane pumps to drive next to this, and drink ALL DAY YOU MAY while training )(and for the rest of the day).

Mentality takes a kind of “kitchen sink” approach to nootropic activity, given the huge range of ingredients in its multiple proprietary blends. But a common denominator in many of these ingredients is their activity on the cholinergic system, which includes acetylcholine. Targeting acetylcholine is an awesome strategy for boosting cognitive performance, and one of the best-attested to in the research literature.

This is the latest in several supplements that have shifted from the original black bottles to the new white “Legendary” bottles. As we continue to cover these formulas and flavors, you can sign up for our 5% Nutrition news alerts below: