Christmas season is upon us, and in the supplement industry, that of course means limited-edition seasonal flavors! When it comes to festive flavors, nobody does it better than Ghost Lifestyle, who consistently put out some of the most creative and groundbreaking flavor profiles. 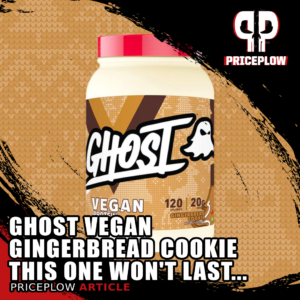 It bears repeating: this Ghost Vegan Gingerbread Cookie flavor is insane, so get it while it lasts!

For Winter 2021, Dan Lourenço, Ryan Hughes, and the team have taken their award-winning Ghost Vegan formula, and super-charged it with — you guessed it — gingerbread flavor! And this flavor happens to be downright uncanny.

As fans of the slightly-sweet, slightly-spicy, totally-awesome cookie concoctions, we were excited to hear about this flavor. But nothing could have prepared us for just how good it is.

Below, we show you our coupon-powered prices and show our tasting video, then dig into the formula just a bit. But the long story short is that if you’re on the fence with this one, then get off that fence and get this fantastic creation into your cart: 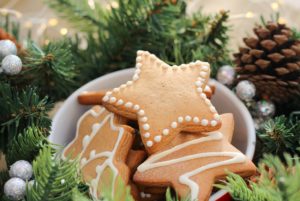 Gingerbread is actually an entire category of baked goods. Recipes of course vary wildly, but in general, you’ll see ginger, nutmeg, cloves, and cinnamon in most varieties. They’re generally sweetened with molasses, honey, and/or sugar, and have a very unique and distinct flavor and aroma thanks to this creative combination. While there are gingerbread cakes, most are familiar with “ginger snaps”, often shaped in festive shapes known as gingerbread men and women.

The origin of gingerbread isn’t fully known, but they seem to have been popularized in medieval Europe around the 11th century.[1]

Now let’s get into the protein itself: 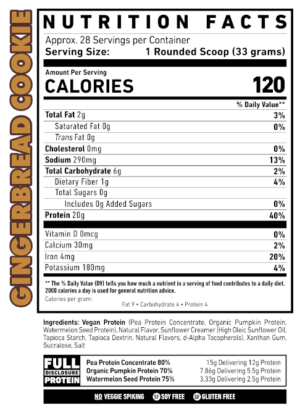 As covered in our detailed Ghost Vegan article, this is a gluten-free, soy-free, sugar-free protein powder. It uses a blend of three fully-disclosed proteins:

Ghost did an incredible job using pea protein as the primary, high-protein base that brings a quality amino acid profile, while using pumpkin and watermelon seed to smooth it out. And unlike most brands still to this day, they’re showing us the recipe used to do it!

The other Ingredients: note the sweetening 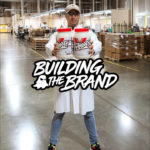 Ghost Vegan has become a major part of the Ghost story

On top of the flavors and sunflower creamer, the most important thing to note is that Ghost uses sucralose as their sweetener. This means that the product is 100% vegan, but not 100% plant-based. This is absolutely fine with most Ghost consumers, who often buy Ghost Vegan as a dairy-free protein alternative, since some cannot handle even the low amounts of lactose in the glorious dairy-based Ghost Whey protein.

Read more details about this formula in our article titled How Ghost Vegan Protein is Different From the Plant-Based Rest.

Gingerbread Cookie not for you, or it’s no longer available by the time you get here? Then see the other Ghost Vegan variations now available: 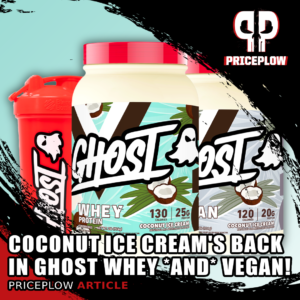 Coconut Ice Cream is back, and this time Ghost is bringing it to Vegan alongside its annual Whey release!

We can’t have an article like this without including the celebratory video of its launch! Behold, Ghost’s Building the Brand YouTube Series, S8:E7 titled “An Early Holiday”:

Don’t miss this one…

2021 has been an insane year, with tons of “V2s” and more flavor collabs to come – sign up for alerts on our Ghost news page so you don’t miss a single one!

Seriously, it’s that good. If you think you might like it, we’re here to say you probably will. Who knows if it’ll come back in 2022, or what kind of craziness next year will have in store for us, so stock up while you know it’s here!

Also, it hasn’t been too long since Ghost Vegan Coconut Ice Cream Finishes Summer Strong, and as we write that, the epic summer fun flavor is still available too. No matter what kind of palette you have, if you’re into dairy-free protein powder but are OK with that hit of sucralose, this is the vegan protein powder for you.

Merry Christmas and Happy New Year, make some cookies with this one!