Rich Piana 5% KILL IT Pre Workout – Does it Kill? 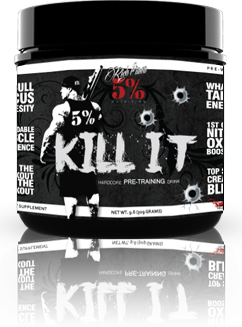 Fans of Rich’s will get good energy/pumps from this while supporting their man.. but is it worth it for everyone else?

Note: If you need even more kick and stronger pumps, try the upgraded Kill It RELOADED launched Spring of 2018!

Hardcore industry consumers and bodybuilding fans know the polarizing personality that is Rich Piana. Safe to say that his takes and perspectives are not for everyone. But that’s by no means an indictment, since there’s no faking over one quarter of a million YouTube followers.

Anyone that has truly killed it in the gym understands the straightforward intent of this pre-workout. But does Kill It prepare you to follow suit and live up to its name? Or is this just a product for Rich’s fans to support him a bit?

The Kill It Pre Workout Ingredients

The first thing to note is that this product is not available at many stores in America. The label at these stores does not provide as much information as the 5% Nutrition’s website[1], so we added the known doses where provided. 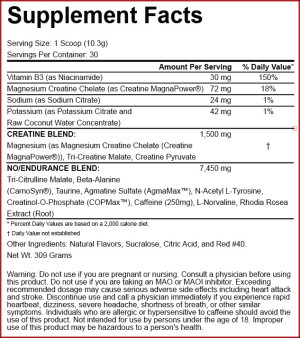 The KILL IT Ingredients / Supplement Facts. Note that some of the gaps are filled by his website’s marketing info, but those are subject to change when in a blend.

The second thing to note real quick is that there’s 250mg of caffeine per scoop, essentially making it a one-scooper (an underwhelming scoop for some, or maybe a heaping scoop for the bold). That helps us figure out where we’re at.

The 5% Nutrition team does really well with the flavoring, and KILL IT is no different:

Thoughts on KILL IT

At first glance, KILL IT seems to be a slightly-above-average pre-workout. In the sea of other pre workouts, it doesn’t stand out, but it’s also not bad — Rich Piana’s fans who wish to support the man could definitely do worse.

Two places where users might feel a difference are with the COP and the L-Norvaline, especially in combination with the well-dosed agmatine / citrulline combo. If nothing else, pumps should be on here.

But then the details get a bit hairy…

Unfortunately, not all ingredients are openly displayed, and you have to hunt for dosage information on the 5% Nutrition website, which uses images to display the doses and at least one of them (the Creatine MagnaPower) seems to be different.

Although there are novel creatines used, they’re essentially half-dosed, and force you to go add more to get an efficacious… so what’s the purpose? We’d rather have that money go into more citrulline and buy some cheap creatine monohydrate ourselves.

This is a perfect example of what we were discussing in our Creatine is Broken article. 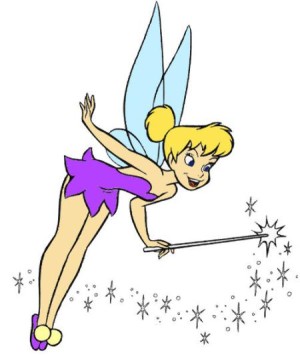 She’s back! Look at those sprinkles of coconut water concentrate!!! Why even bother?

Another marketing point that doesn’t add up is the “Coconut Water Concentrate for hydration”. It’s discussed on the 5% Nutrition’s product page[1], which lends the idea that it’s to be found within the major blends at a real dose. Sounds cool, right?

Not so fast, though!

A peek at the label reveals that coconut water concentrate is the second of a two-ingredient, 42mg potassium source. So what is this, 0.5% daily recommended potassium?

This is the epitome of pixie-dusting, and doesn’t even deserved to be mentioned in the marketing collateral here. Not that we care about coconut water (does anyone??), but at some point, let’s just quit while we’re ahead!

Overall, this should be an above-average product in terms of energy/pumps, but there’s a bit too much confusion going on here for us to give a solid recommendation and justify the price to anyone but Rich Piana’s biggest and most supportive fans who are willing to tolerate a bit of gimmickry.

In response, Rich Piana and team then released the next level energy pre workout supplement, the 5150 Pre Workout! Or, if you want to stack in some insane stim-free pumps, get after it with FULL AS F*CK!

But all is not lost. You can always stack it with the 5% Jug!