Primeval Labs came in hot in 2021 with their Ape Sh*t Untamed RTD, which we still believe is the best-tasting pre workout RTD we’ve had yet (Gummy Bear flavor especially). This didn’t come out of nowhere, though — Primeval Labs’ Ape Shit series has long been a massive success. We first covered Ape Sh*t in 2017, prefacing the article with a definition of the phrase at hand: “Ape Shit (n.) — express wild excitement or anger”.

While that OG Ape Shit pre workout has done fantastically well — outlasting numerous other industry pre workouts — there was always another one that thrived and overtook its title: Apeshit Cutz – Primeval’s fat burning pre workout supplement. 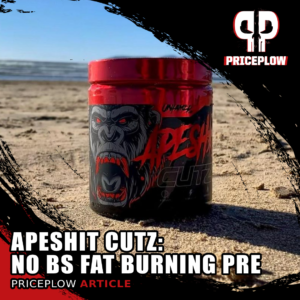 Ready to go ape on the weights… but burn some extra fat while doing it? The intense yet affordable Ape Shit Cutz pre workout from Primeval Labs can get you to your goals faster!

We may have failed to cover this hybrid pre workout when it first launched in 2019, but it’s better late than never – especially for those who are into relatively high caffeine (300mg) and yohimbe — but without any overbearing alpha yohimbine.

Below, we cover the Cutz, and discuss the energy/focus/endurance/thermogenic blend. Get ready, because this one has the sweat effect inside with some ingredients that will sneak some extra water out of you.

Best of all (aside from the incredible flavors like Orangutan)? The price. We’ve seen these 2-in-1 fat burning pre workouts for literally over twice the price. That’s fine for some folks, but Primeval Labs keeps it real for the demographic, while still keeping it aggressive.

Sign up for Primeval alerts and let’s get to it — they’re set to go ape this year:

The following comes in a full two scoop (6.7g) serving — there are 25 full servings per tub:

We’ve said it many times, including with our recent Day2Day greens powder post, but Primeval Labs does not mess around with flavoring. No spices or other forms of weirdness here: 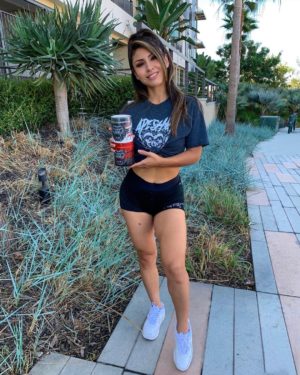 Hope she’s only taking one at a time! 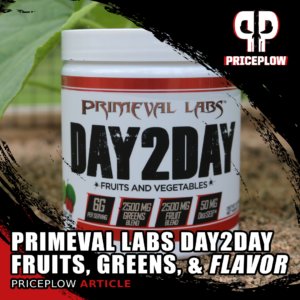 There’s a reason why Apeshit Cutz has done so well over time – it consistently works, is strong but not egregious, tastes incredible, and won’t bankrupt you. Are there fat burning pre workouts with more stuff? Absolutely. But they’ll also cost literally more than twice the price.

The most interesting part of this pre workout is its use of GBB combined with dandelion, for a dual-pathway water loss component that most won’t ever experience unless they take certain fat burner pills. Pills aren’t always ideal for pre-workouts though, because you can’t easily get efficacious ingredients like beta alanine or choline in capsule form.

Apeshit Cutz can be taken as a standard fat burner on rest days or when not training, although the beta alanine component may slightly go to waste. We’re always happy to keep carnosine at saturation, though.

Primeval Labs knows how to hit it hard in all the right ways without compromising on quality or price. The Ape Shit series has been an industry trendsetter, and if you haven’t tried the RTD, make sure you grab at least a couple of them the next time you see them. The RTD’s great to have in the fridge in a pinch, but most fans know that Cutz is the one for keepers.