Whenever Controlled Labs pops up on our radar, we know it’s going to be a good day. The New York supplement company has been in the game for quite some time and is probably best known for their White Flood pre workout series. People also tend to forget that CL was one of the only companies for a long time carrying the torch for EAAs in intra workouts with their tasty and effective Purple Wraath.

But for this new one, they’re starting it off right… with a rotating gif!!

Controlled Labs explodes back on the scene with a powerhouse nootropic supplement titled Orange Brainwash.

The brand is back at it, and this time they’re jumping into the rapidly expanding nootropic niche with the debut of Orange Brainwash. Keeping in line with their theme of ‘colorful’ names, this nootropic definitely jumps off the page, bringing all the bells and whistles of a well-made brain-boosting supplement powder that you can drink every morning or afternoon.

We’ve got all the details on this mighty nootropic supplement ahead, but before we get there, take a moment to check the best deal and sign up for alerts from PricePlow:

To say this thing is loaded would be an understatement. This product literally has everything (and then some more) you’d possibly want in a pre workout. Hold onto your brains boys and girls, because your mind is about to get blown 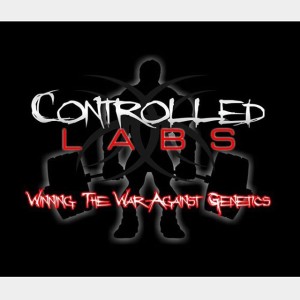 Controlled Labs has absolutely knocked it out of the park with this formula!

Controlled Labs Brain Wash Knocks it Out of the Park

It’s been quite a while since we’ve covered anything from Controlled Labs, but you know that when they pop on the scene, it’s going to be good…really good.

As long-time BBcom forum junkies, Controlled Labs has a special place in our heart. They were innovators on the EAA scene, their flavors were fantastic before it “mattered”, and they are a company that provided great service. So we get excited whenever CL puts out a new supplement… but we get really excited when they put one out that has basically every single one of our favorite nootropic ingredients!

Orange Brain Wash is certainly a powerful productivity and cognitive booster that sits right alongside many of our other top nootropic supplements. The dosing is there, which is something lacking from so many of the top nootropic supplements listed in stores like Amazon. The one area we may add a touch more oomph is on the caffeine side, but we need to try it before going down that road.

If you’ve been looking for a cognitive booster but not sure where to go, you’ll certainly be pleased with Orange Brainwash. We consider this an intermediate-level nootropic that should please basically everybody.