Posted on February 13, 2019 by Mike Roberto and CJ Luther | No Comments

Every endurance athlete has been there before. We sign up for a race, get really excited, start training… and then life happens. Training doesn’t always go our way, an injury slows things down, or we’re just not hitting the numbers we thought we should. 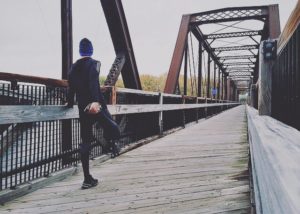 You’ve got a big bridge to cross, and not a lot of time to cross it. It’s time for the kitchen sink. And EndurElite has just what will help take you across and beyond.

Now you’re a month out from the race, and it’s time to put the hammer down. In an effort to throw literally everything you can at the problem in a short amount of time, you start researching endurance supplements, and are willing to throw in the kitchen sink at rescuing and even dominating your race performance.

The “kitchen sink” of endurance supplements is here

Today, your research time (and race concerns) just got a whole lot smaller – because one man has been there before, and he’s put together what he calls “The Formulator’s Cut” – the most badass, loaded-up endurance supplement for those of you who need a month of total training supremacy before (and on!) the big day.

This is that kitchen sink supplement, and below, we explain why, with over 40 citations and all. 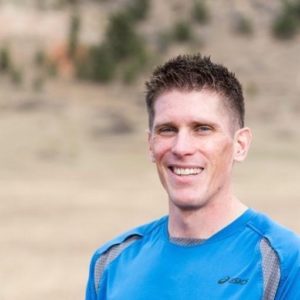 He’s formulated for bodybuilding / sports nutrition companies, but now Chief Endurance Officer Matt Mosman is back where he belongs: in the endurance world.

Originally rising within the ranks of top research-based sports supplement companies like NutraBio and MusclePharm, “Chief Endurance Officer” Matt Mosman set out on his own to take over his corner of the supplement industry – and that meant endurance sports, given that he’s an elite endurance athlete himself. After years of research in formulating products for the bodybuilding community, he realized that there were no serious supplements made specifically for endurance athletes like himself! It was just a bunch of waffles and carbs!

In launching EndurElite in early 2017, he boldly announced his arrival, and based on what EndurElite has formulated so far, they sure are making their presence known. It all started with a product named PerformElite, an incredible pre training supplement for athletes like Matt himself.

But then the genius inside started wondering… “What if I were to make a supplement with no holds barred?! What would I put in it?” 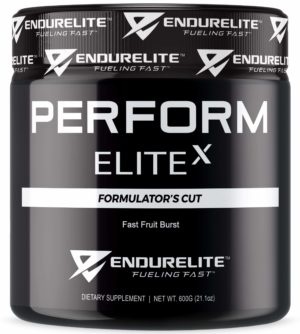 When the world’s best endurance supplement formulator puts together “The Formulator’s Cut”, it’s time to take a look. Especially if you’re close to race time.

What came out was EndurElite PerformElite X, and after throwing the first batch up on Instagram, he sold out nearly instantly. Apparently he wasn’t alone in his quest for the kitchen sink. Luckily for us, and the rest of you out there looking for a longer, more intense workout, Mosman is gearing up to release Round 2 and beyond!

EndurElite’s PerformElite X aims to do exactly what its name suggests – enable you to perform at an elite level. It’s packed full of science-backed ingredients, each of which serving a specific purpose in helping you crush PRs and enhance your endurance. Through 4 different matrices – VO2 Boost, Lactic Acid Neutralizer, Anti-Fatigue & Focus Matrix, and Extended Energy & Endurance Blend – you’ll be getting everything you need, whether you’re training for a marathon or even for a squat PR if you want to use it in the gym.

Read on for a full breakdown of this incredible, transparent label. But, before you do, be sure to sign up for PricePlow deals, news, and reviews!

Alright, let’s get into what separates PerformElite X from the rest of the pack. We’re going to break this phenomenal endurance-based pre workout by the different sections on the open formula label, highlighting why each ingredient is in a specific matrix!

While PerformElite X has you absolutely covered when it comes to your pre-workout endurance needs, it allows a little bit of flexibility when it comes to both your intra-workout supplementation and post-workout nutrition. 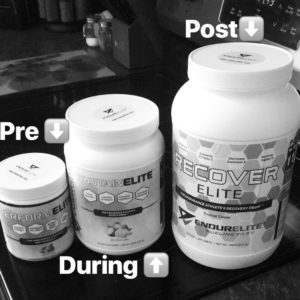 EndurElite has a fantastic stack for you, and more. In our case, we’re upgrading the ‘Pre’ part of things just a bit today!

Looking into an intra-workout drink such as SustainElite is a great place to start. Packing a solid amino acids blend (including a 2:1:1 ratio of BCAAs, best used to fight muscle breakdown!) plus additional carbohydrates and electrolytes, this product will no doubt aid you in your fight to keep moving!

Post-exercise, getting in some high-quality protein should be a priority. While EndurElite does offer a solid whey protein, they have something that may be a bit more advantageous for endurance athletes. RecoverElite hits you with protein, glycogen-replenishing carbs, electrolytes, vitamins, and minerals – all things you need to be getting after rigorous training!

A little more about Matt…

If you’re interested in Matt’s story, check out these couple of videos from the PricePlow YouTube channel! Mike interviewed Matt, and he’s an extremely enthusiastic, energetic guy.

If you want a dose of entertaining yet relevant knowledge, you may also want to take a look at Matt on social media — you can find him easiest on Instagram at @EndurEliteCEO and @EndurElite but be sure to subscribe to the EndurElite YouTube channel!

Conclusion – THE pre-workout for endurance training!

Whether you’re training for a marathon, a triathlon, or are even just an athlete facing multiple workouts in a day, PerformElite X was formulated for you! Matt Mosman originally made this product for his personal training needs, but realized that there were other people who would benefit from such a supplement. We love seeing “all out war” supplements from brilliant minds like his. Anytime Matt talks, you should listen – even if it’s for a good laugh when he’s ranting about overweight people adding butter to their coffee.

PerformElite X: The Formulator’s Cut gives you everything you need to remain at the peak of your training – VO2 enhancement, endurance improvement, fatigue fighters, focus inducers, and both fast and extended energy. This formula will not only help you get going, but it’ll help you keep going. In endurance training specifically, sometimes that’s the biggest hurdle you face!