Here on the PricePlow Blog, we love to discuss the latest dietary supplement ingredient science and technology, often covering novel compounds. Most of these ingredients are geared towards weight loss and fat burning, which is unsurprising given our ongoing obesity epidemic / metabolic crisis.

Before getting too deep into the weeds, however, we always focus on two prerequisites: 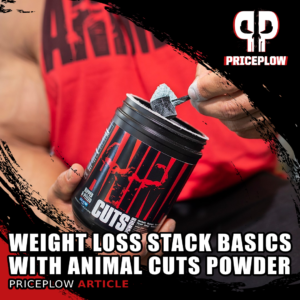 Before heading into wild, novel ingredients for weight loss, make sure you have the basics covered! It turns out, Animal’s already done nearly all of that for us.

We often see multivitamins filling the gaps for the vitamin and mineral portions of those daily needs, with the famous Animal Pak on the more potent end of that strategy.

However, there’s enough research showing that other ingredients may accelerate goals — or at least stop hindering them — before you should get lost in the world of complex weight loss ingredients. We’re talking about carnitine, choline, caffeine, taurine, and tyrosine: compounds we’ve long known for their ability to promote easier weight loss, but are too often forgotten in complicated fat burning formulas.

These ingredients (and more) are all provided in Animal Cuts Powder, and as we began testing the supplement, we realized that using it instead of coffee in the morning often set us up for a better day.

Below, we talk about using Animal Cuts Powder as a foundation for our “Daily Domination Stack”, but first, check out our video and sign up for our Universal Nutrition news alerts so you don’t miss a deal:

Let’s take a look at what you get if you decide to start your day (and your supplement stack) with a scoop (or a scoop and a half!) of Animal Cuts Powder as opposed to your daily cup of coffee:

Add in creatine?! YES for muscle!

One major ingredient missing here? Creatine. While this is a weight loss supplement stack, we believe that it’s beneficial to add if you’re focusing on preserving lean mass, which most are. 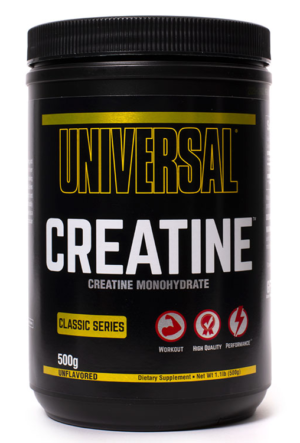 Universal Nutrition Creatine? Yes, if you want to keep lean muscle gains and are OK with some extra weight. Remember, unless dieting down for weighted competition, we’re fighting for body composition here, not a number on the scale

The story is similar to carnitine and choline – eat enough meat, and you may not need it. But we have enough studies and enough meta analyses showing that 3-5 grams per day is a slam dunk in terms of lean mass gains.[39-43] We don’t consider it a “weight loss” ingredient, because weight may actually go up, but remember, we’re focusing on body composition, not a number on the scale. Alongside betaine (another great daily add-on), creatine is king when it comes to body composition.

If you’re looking at that, you will have to add a product like Universal Nutrition’s creatine, as this one is not in Animal Cuts Powder.

The other ingredients – novel and otherwise

With daily basics covered, you can start to get creative.

Animal Cuts Powder also includes several polyphenols in various forms of tea extracts such as green tea, white tea, and oolong black tea. Phosphatidylserine is a nice added touch to fight cortisol, and we’ve long been proponents of the forskolin[44,45] inside as well. These (and more) can be read about in our main Animal Cuts Powder article.

Additionally, Animal Cuts Paks can be stacked in – but without the red stimulant pill! This epic pack-based supplement has a massive list of ingredients to help several metabolic systems. Our article linked above explores each of those systems in detail, describing how we can support them as dieters.

Or.. you can go more “Animal mode” on things, heading over to the pharmacy to explore various bronchodilating over-the-counter products that are are no longer sold as supplements and are a bit more controlled. We’re talking about the EC stack, something that would go literally perfectly with Animal Cuts Powder if you’re legally able to and healthy enough to do so. 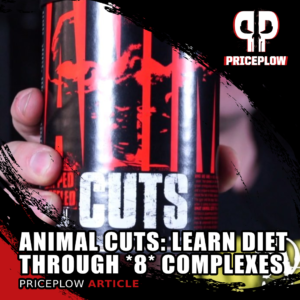 There has never been a fat burner that’s given us an opportunity to explore so many metabolic systems. Read about Animal Cuts Paks on the PricePlow Blog.

We love our morning cup of coffee — we really do. Hell, we’ve even formulated a better coffee creamer using some novel ingredients. But while reviewing Animal Cuts Powder, we realized how much better the days go when we use it instead of our AM coffee!

There are simply times where we know it’s going to be a “depleting” type of day. Not enough steak and eggs, or fasting is going on a bit longer than planned. For those situations, we want to keep our metabolic systems going and any potential deficiencies at bay. The basics that Animal Cuts Powder provides make a solid, no-nonsense, easy decision… and it’s actually displaced our coffee more often than we ever thought.

It doesn’t hurt that the Blue Ice Pop flavor is fantastic too.