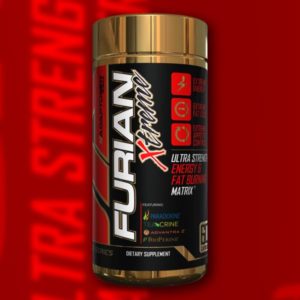 Adaptogen Science Furian Xtreme is a high energy thermogenic weight loss supplement that will rev your metabolism and seriously bring the heat!

It’s bulking season, but not everyone is looking to get bigger this winter. As the thermometer descends, some are still looking to burn fat – so you might as well do it with some heat added to the mix!

For those of you looking to shape up during the colder months, you’ll get some much needed help care of Adaptogen Science, who’s cranking up the heat with Furian Xtreme, which brings a large 50mg Paradoxine grains of paradise extract, so you’ll be feeling the burn with this one.

This comes in addition to the brand’s stim-free thermogenic weight loss L-Carnitine 3000, so you can take down those extra pounds and stay warm too!

All the details on Furian Xtreme is below, but first, take a second to check the best deal and sign up for alerts from PricePlow:

Note: If buying directly on AdaptogenScience.com, you can use coupon code PRICEPLOW to save 20%! (that’s not an affiliate link nor coupon either)

Furian Xtreme is a no-nonsense thermogenic weight loss supplement that will increase your energy and focus. Plus, expect to feel the heat with this one thanks to the sizeable dose of Paradoxine included as well!

Note: Doses listed below are based on 1 serving (i.e. 1 capsule).

The full serving of Furian Xtreme is 2 pills a day. Per Adaptogen:

”You can take one capsule in the morning and the other later in the afternoon. Another option is to take the full dose (2 pills) in the morning before fasted cardio.”

Grains of Paradise Fan? Then Furian Xtreme is for you 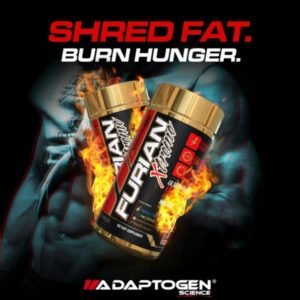 Those of you looking for a moderately high energy, fat burning thermogenic supplement will want to take a look at Furian Xtreme. This one’s especially strong for the grains of paradise fans out there who need to pack more in to feel the heat.

FURIAN Xtreme is also packing a sizeable dose of caffeine compared to other single cap thermos on the market and has a couple proven weight loss compounds to help you shed those last few pounds.