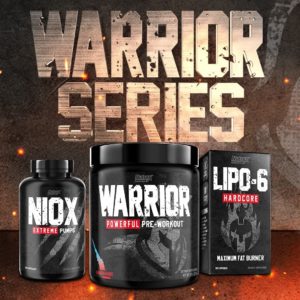 Warrior Pre Workout is one of nine products in the complete Warrior Series line-up.

Nutrex Research kicked off May in a massive way, with the launch of the Warrior Series.

This new line features a mix of their best selling supplements, including Vitadapt Complete, EAA+ Hydration, Outlift Amped, and Alpha Pump, along with some never before seen products. In the last blog post, we covered Warrior Pre Workout, the flagship product of the Warrior Series and it definitely delivers intense energy, skin-splitting pumps, enhanced power, and locked-in focus — all at an incredible price point!

After seeing what Warrior Pre Workout had to offer, we could tell that Nutrex wasn’t messing around with this line. They specifically formulated the series for the more “serious” consumer, who’s willing to do whatever it takes to reach their goals. If you’re one of those people, then the Warrior Series is for you, the only question is… are you ready to take things to the next level? Because this next supplement is:

Warrior Pre Workout may be the flagship product of the Warrior Series, but if there’s one thing that Nutrex is most well-known for, it’s their robust line of fat burners! Nutrex started the Lipo-6 line way back in 2002, it quickly took off and still dominates the industry today. Since then, Nutrex has vastly expanded the Lipo-6 series with new products, ingredients, and advanced formulas. 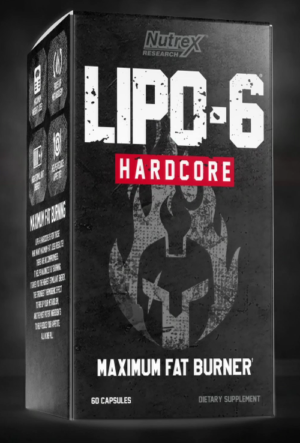 Experience a new level of fat burning with Lipo-6 Hardcore from Nutrex Research!

With how popular the Lipo-6 name is in the industry, the Warrior Series wouldn’t be complete without it! Fortunately, Nutrex Research has released an all new fat burner, with what may be the most comprehensive formula yet. To go along with their mission to cater to the most serious consumers, they rightfully named it Lipo-6 Hardcore. And if that name doesn’t speak for itself, just wait until you see the supplement fact panel!

Get ready to feel the heat with a combination of NNB Nutrition’s CaloriBurn-GP (grains of paradise), Alpha-Yohimbine, and caffeine anhydrous! If you’re serious about burning fat, and retaining as much lean muscle mass as possible, then Lipo-6 Hardcore is here to help you with that goal.

We have a full formula analysis for Lipo-6 Hardcore down below, but before we get into all the nitty gritty details, sign up for Nutrex Research news and deal alerts to get notified when new products, sales, and reviews go live! 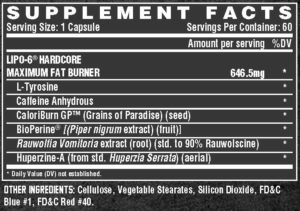 A few simple ingredients, backed by research and formulated for results.

Nutrex knows that diet and exercise are key components to losing fat and building muscle, but when that’s not enough, it’s time to reach for Lipo-6 Hardcore!

Lipo-6 Hardcore negate many of the negative effects of dieting, allowing you to stay on track.

If you want to see just how powerful Lipo-6 Hardcore is, Nutrex challenges you to pick up a bottle, take one pill 2x per day (morning and afternoon) for a month. Along with a proper nutrition protocol and consistent exercise regimen, adding Lipo-6 Hardcore will help transform your body.

Here’s what one serving (one capsule) of Lipo-6 Hardcore provides:

Check out this video to learn more about Lipo-6 Hardcore!

Nutrex Research has definitely earned the title of a “Legacy Brand”, they’ve been running strong since 2002 and continue to improve each year. The Warrior Series was a massive project for them to undertake, but it was well worth it. The new look is eye-catching, the products are well-formulated, and they’re now able to reach a new audience. 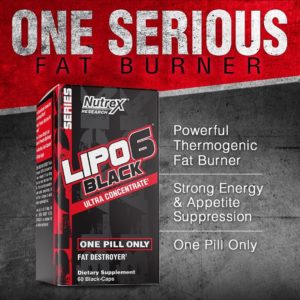 One of the best sellers in the Lipo-6 series!

Lipo-6 has developed into a household name in the fat burner category, and Nurtex is continuing to keep the series going with the addition of Lipo-6 Hardcore. Keep in mind, this is one of their more advanced fat loss formulas, therefore depending on your level of experience, there may be other options that suit your needs better.

Lipo-6 Hardcore was formulated for the more elite lifter or fintess enthusiast who’s already tried other fat burners on the market, but wants something that will continue to deliver results. If that sounds like you, then definitely give Lipo-6 Hardcore a shot! But if not, Nutrex has plenty of other options to choose from!

This is really just the start of the Warrior Series, and Nutrex has a lot more planned coming up. You’re not going to want to miss what they have in store, so subscribe down below and we’ll let you know when new products, flavors, deals, and reviews are released!

Note: You can see all Lipo-6 products by searching PricePlow for Lipo-6.