Myprotein THE Neuro-Restore: Get The Quality Sleep You Need

Myprotein has a ton of these types of products in Europe, and is now bringing many of them to the America shores!

Myprotein is back with some new supplements, but this time they’re not innovative protein powders, muscle building pancakes, coffee, or insane calorie-free flavor drops. Today, Myprotein has turned their attention towards improving the quality of your sleep, with the release of THE Neuro-Restore!

This is another product that’s included in THE Pro Range, a line of products that feature more advanced ingredients and comprehensive formulas. THE Pro Range was designed “for those who want it most” and who are looking for an extra edge. If you want to take your training to the next level, then THE Pro Range is a great place to start!

We’ve already covered a few products included in THE Pro Range, such as THE EAAs and THE Coffee Boost. Both had simple, yet effective formulas, transparent labels, and generous dosages of ingredients backed by research.

After finding out that Myprotein released THE Neuro Range, a subcategory underneath THE Pro Range, we knew it would include some brain-boosting products! 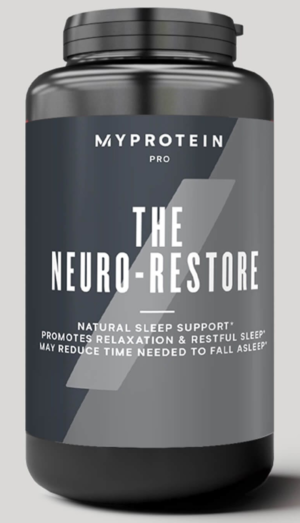 Myprotein The Neuro Restore is a potent sleep aid that leaves you feeling recharged and ready to go!

As of writing this post, THE Neuro Range includes THE Neuro-Restore and THE Neuro-Engage, both specifically formulated to boost brain power by increasing attention, cognition, memory, and overall brain health.

Although you can use each product separately, for optimal results, Myprotein recommends stacking them together. THE Neuro-Engage is a nootropic that helps keep you alert and stress-free throughout the entire day. Whereas, THE Neuro-Restore is designed to be used prior to sleep, and that’s the first supplement we’re going to be analyzing!

THE Neuro-Restore features several ingredients that help you fall asleep faster, stay asleep longer, and relax at the end of a long day. Proper sleep is crucial for both mental and physical health, and it can make or break your performance. Nowadays it seems that sleep is the first thing to take a hit when we’re busy or stressed out, but that only leads to more problems in the future.

The full ingredient analysis is included down below! But first, sign up for Myprotein news and deal alerts to get notified when new product launch and sales go live. Myprotein is known for running insane deals on high quality supplements that you won’t want to miss!

Almost everyone knows that they should be getting at least 6-8 hours of sleep per night, however for some that’s very challenging. A large amount of people have an extremely hard time falling asleep, while others wake up multiple times throughout the night, which is commonly referred to as insomnia. 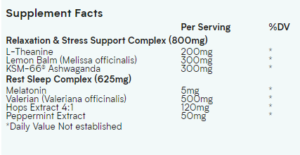 Myprotein The Neuro Restore packs some solid ingredients to help you fall asleep and stay asleep!

Either way you’re reducing the amount of time you’re spending in a deep sleep, which is one of the most crucial phases of the sleep cycle. That’s why some people greatly benefit from sleep-aids and they’re starting to become a lot more popular.

THE Neuro-Restore features seven ingredients to reduce stress, promote relaxation, and improve sleep quality. It’s a capsule-based product and Myprotein recommends taking three capsules 30-60 minutes before going to sleep. With 90 capsules total, you get a full months supply for a very competitive price!

Now, let’s see what THE Neuro-Restore has to offer! Here’s what each serving delivers:

THE Neuro Restore: Optimize Your Sleep and Recovery!

THE Pro Range is one of PricePlow’s favorite series from Myprotein because it contains products with more advanced formulas at extremely affordable prices. Every supplement we’ve covered so far has been very impressive and THE Neuro-Restore may be the best one yet!

Getting enough high quality sleep consistently is one of the most important things for optimal mental and physical performance. Regardless of how much caffeine you intake, nothing will make you feel better then getting 6-8 hours of sleep each night.

We could go on and on about how important sleep is, but we’re confident that you’ve heard that a million times. There are multiple reasons why people don’t get enough sleep, such as being on facebook too long, eating late at night, or maybe you’re just one of those unlucky people who’ve always suffered from insomnia. 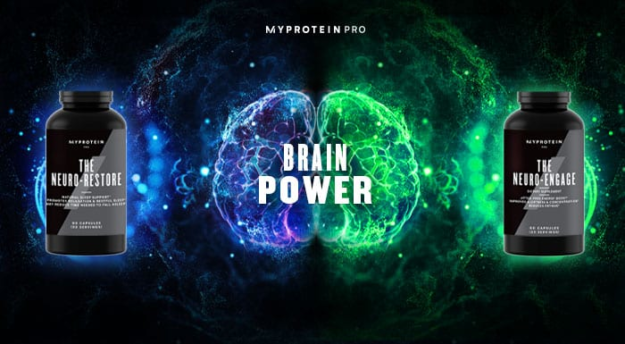 Before taking any supplements, we would always suggest addressing sleep hygiene first. By developing a pre-bed routine that includes going to sleep and waking up at specific times, avoiding bright light exposure late in the day, and of course staying off of technology. That will likely make the biggest difference in improving your sleep. However, if you need an extra boost than THE Neuro-Restore is a great option!

Myprotein has only been in the US for a very short period of time, but they’re ready to show us why they’ve dominated the UK for several years. Slowly, but surely, Myprotein is expanding their line and we can’t wait to see what’s next. If you want to get exclusive access to Myprotein news, deals, reviews, and interviews, just subscribe down below!