If there’s one supplement category that equally as popular as pre workouts, it has to be fat burners. People have their favorites when it comes to their pre workout, but often have no idea what separate a good fat burner from a useless one.

Frequently, people think the best fat burner is the one with the most stims, but thisisn’t always the case. Society is already over-stimmed as is, and that’s what makes the stim free fat burner class so appealing to the masses.

A stim-free fat burner to stack with Pyroxamine!

Myokem appears to have their answer with Thyrovate, a zero-stim fat burner that claims superior appetite suppression and accelerated fat loss. It’s yet another incredibly unique product from Myokem, with some ingredients worth a look.

The label is down below, but first, make sure to check the best deal and sign up for price drop alerts:

We’re huge fans of Myokem’s Pyroxamine (free samples available here!), their stimulant-based fat burner which is high up in our Best Fat Burner list — this can be stacked with it, since it’s not adding more stimulants and has a few new pathways to hit.

As with all of Myokem’s new and reformulated products, Thyrovate makes use of a completely open label. There’s plenty of new ingredients within to help trim the fat and slim your midsection, starting with: 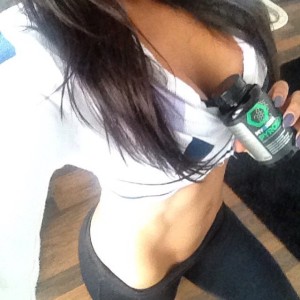 Stim-free fat burners are hard to gauge. The most effective ingredients are often stimulants combined with caffeine, but those aren’t the only ingredients.

Thyrovate is a mashup of some cutting-edge fringe extracts and proven weight loss commodities. It’s far from being a slam-dunk on our Best Fat Burner guide (although you will find Myokem’s Pyroxamine fat burner high up on our Top 10 list) but the inclusion of new ingredients is always something that grabs our attention.

All in all, if you’re looking for a few new stim-free ingredients, you should give it a shot, but we’re really not sure how it’ll play out for everyone just yet. Most likely, you’ll want to use this alongside Myokem’s Pyroxamine or some other stim-based fat burner that you currently use to accelerate your results rather than as a standalone product.