Theacrine is a compound that’s chemically similar to caffeine and is known for its potent ability to act as a stimulant.

It’s an alkaloid molecule – which simply means that it’s a naturally occurring substance derived from plant extracts. In its natural form, Theacrine is typically found in a traditional Chinese tea known as Camilla assamica, or as it’s more commonly known, Kucha.[1]

However, its Theacrine’s other unique performance enhancing properties that have some hailing it as the next breakout star of the supplement industry, and it has been added to a few new pre workout supplements and fat burners in 2014.

Theacrine is similar to caffeine, but definitely not the same

We expect to see Teacrine (and trademarked compounds such as TeaCor and TeaCrine) a lot more in 2015, so we did some research.

The simple gist is that this compound is extremely promising for its ability to feel good, last long, and keep working, but there is very little human research on it. The bulk of the currently available studies are based on rats, so take it for what it’s worth: it seems safe for all but the most conservative of individuals, but the bulk of its use has been in tea, not as a supplement.

Stimulant- and tea-lovers are likely going to enjoy this ingredient quite a bit:

Energy with No Tolerance Build Up 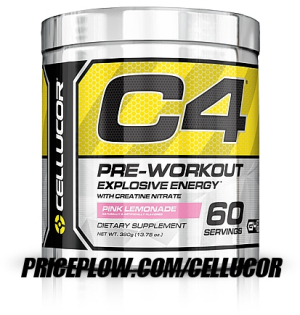 Cellucor hopes to never hear the complaint that “two scoops isn’t doing it for me anymore” with their new C4 formula.

As many coffee, tea, preworkout, and stimulant users can attest, caffeine begins to lose its kick over time. In fact, previous studies have indicated that our bodies can begin to develop a caffeine tolerance in as little as four days![3]

However, a recent study published in the journal Pharmalogical Reports found that after seven days of Theacrine supplementation subjects showed no signs desensitization. Simply put, Theacrine users can expect the same level of high potency with nearly every dose, without experiencing a decrease in effectiveness over time.[3]

Studies indicate that a single dose of Theacrine has the ability to elevate levels of dopamine in the brain.[2] Additionally, further analysis showed that after seven days of Theacrine supplementation, the damaging effects of chronic stress and anxiety on the body are significantly reduced.[1]

Oxidation is a naturally occurring process in the body, but too much oxidative stress has been linked to a number of degenerative health conditions such as heart disease, cancer, and Alzheimer’s. However, in order to combat the potential hazards of excessive oxidation, our bodies are equipped with a number of potent antioxidant defense mechanisms, including the body’s most powerful antioxidant and detoxification agent – glutathione. Glutathione, along with several other antioxidant enzymes, is produced in the liver.

Studies indicate that following seven days of Theacrine supplementation subjects showed elevated levels of glutathione inside cells, which suggest that the liver receives a secondary benefit from supplementation.[1]

In addition to being considered a calling card for disease in the body, chronic inflammation can cause permanent degenerative damage to joints and connective tissues as well.

According to a study published in the journal Fitoterapia , Theacrine supplementation appears to have the ability to produce an acute decrease in inflammation.[4]

Not only does reducing inflammation help the body recover more quickly following intense training sessions, but it also helps to keep post workout cortisol levels at bay, allowing you to get back into the gym faster.

The following section contains any blog post we’ve written mentioning Theacrine/Teacor/TeaCrine, and will stay up to date indefinitely:

There may be other products out there that we haven’t written about. You could also search Google for site:priceplow.com theacrine to see what comes up on both the main PricePlow and the blog.

Unconfirmed sources state that Theacrine tastes absolutely awful, so it might initially come out in mostly pill-based products. Cellucor’s TeaCor, however, is possibly a slightly different form (encapsulated or bonded) that enables it to be in a pre workout and maintain Cellucor’s high taste standards.

To stay up to date with new products and deals, you can click “Get Price Drops” on our pre workout supplements and fat burners pages. If it’s ever released as a standalone product, it will end up in the stimulants section, so you can get alerts there as well.

Compound Solutions, the company behind the popular CarnoSyn beta alanine, has a globally exclusive license to distribute TeaCrine. They claim it is “the world’s first IP-protected, branded, and ‘nature-identical’ source of theacrine.”[6]

As we write this, you can’t get Theacrine standalone – Compound Solutions only seems to be selling it to other supplement manufacturers for inclusion in other supplements.

Theacrine has the ability to elevate levels of dopamine in the brain.[2]

The Kucha tea leaves contain anywhere from 1.3-3.4% theacrine. If it behaves anything like tea, a standard 2g tea bag would have about 20-50mg theacrine.

Judging from the label of Cellucor’s new C4, there is a maximum of 35.5mg per scoop. Purus Labs’ Theatrim’s label makes it impossible to postulate – it could be anywhere from 1mg to an unlikely 139mg.

With all of this in mind, it seems that ~25mg would be a very safe and conservative starting point, but this is purely conjecture. Definitely stick with the ingredient labels until we know more.

What were the Rat study dosages?

Compared to the numbers we’re seeing above, the rat studies used relatively high human equivalent doses – 320mg and higher – which we are not seeing in the supplements so far, and seems like a very high dosage — 10x higher than what we’d recommend for now.

Any known side effects? 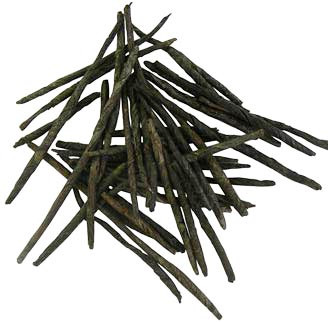 Meanwhile, the rat studies showed a very high LD50 (median lethal dose), which was about 810mg per kg body weight.[4]

We don’t suggest basing any dosage information off of LD50 data, nor do we recommend converting it to human equivalent. We’re merely pointing out that it seems safe up to a high threshold – just like caffeine.

Theacrine is a unique supplement with valuable performance-enhancing properties that extend well beyond that caffeine. Its ability to reduce factors that inhibit recovery coupled with the fact that continuous use will not result in desensitization or a resulting decrease in performance make it a superior option for hard training athletes looking for supplement that’ll allow them to optimize performance.

Stay tuned to this page, leave a comment, and chat with us on Facebook with any more information!