Myprotein THE Pre-Workout: A Boost When You Need it Most! 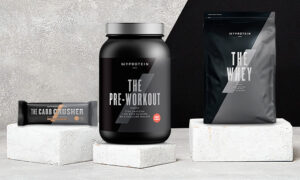 The Pro range: for those who want it most.

Last time Myprotein was on the PricePlow blog, we covered their stimulant free pump and performance pre workout — THE Pump. This pre workout is designed to increase blood flow, muscular endurance, boost performance, all without the addition of caffeine. It featured key ingredients we all know and love, such as L-citrulline, beta-alanine, betaine, taurine, and AstraGin just to name a few. At the time, THE Pump was the most recent addition to Myprotein’s more advanced product line, The Pro Range.

Within the U.S, The Pro Range is quickly becoming a top-selling line for Myprotein, which is why they’re continuing to add new products and revamp old formulas to stay up to date with the latest research and industry trends. When this series was first introduced to the States, one of the flagship products was THE Pre-Workout, which featured several trademarked ingredients at clinically studied dosages for a very affordable price. However, Myprotein decided it was time to revamp the formula to make it even better.

The new version of THE Pre-Workout has not completely changed, but it has dramatically improved. For example, they swapped out the citrulline malate for pure L-citrulline, increased the dose of betaine anhydrous and beta alanine, removed the Capsimax, which is more suitable for fat burners, and kept the creatine monohydrate, TeaCrine, N-Acetyl-L-Tyrosine, caffeine, AstraGin, and BioPerine. Overall, we’re happy with the changes they made to THE Pre-Workout and if you’re looking for even bigger pumps, then you could always stack it with THE Pump! 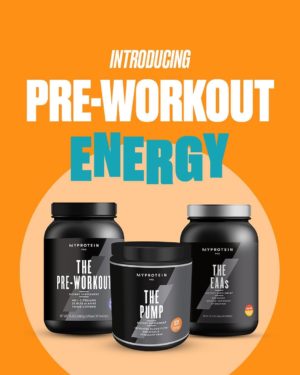 Fuel your workouts with THE Pre Workout from Myprotein!

It’s exciting to see that Myprotein is continuing to expand and improve their line of products as they gain more popularity in the states. So far, they’ve been absolutely crushing it with new functional foods, unique protein powders, clothing, and now they’re focusing more on sports performance with The Pro Range. If you’re looking to take your training to the next level by using high quality supplements, but don’t want to break the bank, then Myprotein is one of the top brands to use.

Not only do they have a large selection of products that suit almost everyone’s needs, Myprotein is known for having ridiculous sales and deals. Since day one their goal is to “fuel your ambition” regardless of what that may be. Using a comprehensive pre workout is definitely a great supplement to start with if you want to get more out of your workouts.

Keep reading to learn more about what THE Pre-Workout has to offer and sign up for Myprotein news and deal alerts so you stay up to date with everything they have planned for the future! If you want to try out THE Pre-Workout, use PLOW40 for 40% off!

THE Pre-Workout has a well rounded formula — it’s created to boost energy, enhance performance, increase blood flow, and it even has a few ingredients added to improve overall absorption. At only 150mg of caffeine, THE Pre-Workout won’t leave you feeling stimmed out, however with the addition of TeaCrine, you should get a nice rise in energy that’s sustained throughout the entire workout.

Furthermore, based on the dosages of each ingredient and if you can handle between 225mg-300mg of caffeine, then adding in an extra half to full scoop may suit you well. Either way, we always recommend starting with the suggested serving size to assess your tolerance first.

Here’s what one serving (15g) of THE Pre-Workout provides:

THE Pre-Workout comes in several unique flavors, such as Guava Pear, Black Cherry Vanilla, and Pineapple Mango — three flavor variations you don’t see very often! If you want to stick to more traditional flavors, they also offer THE Pre-Workout in the classic Blue Raspberry. No matter which one you choose — expect to get a nice refreshing and tasty drink that you can enjoy before a hard training session!. Knowing Myprotein, more flavors are likely on the way so stay tuned!

Here’s a list of all available flavors for THE Pre-Workout: 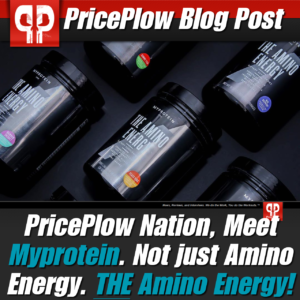 Just want energy and aminos at an affordable price? Check out Myprotein’s THE Amino Boost!

More To Come From Myprotein!

Myprotein has been on a roll lately with several product launches, reformulations, and new flavors! We’re excited to announce that this is really just the beginning of what Myprotein has in store for the U.S. Myprotein has some big plans moving forward and it’s great to be a part of it. Not only are they expanding their line of supplements, they’re going to sponsor more U.S-based athletes, increase their apparel options, and place a big emphasis on functional foods. 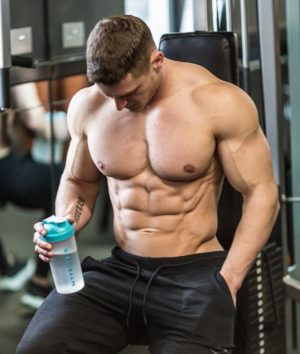 Athlete’s from all over the world choose Myprotein.

So far, Myprotein has shown us why they’re a dominating force overseas, with high quality products at unbeatable prices. Whether you’re a college kid on a budget, a soccer mom looking to get in shape, or a competitive athlete who wants an extra edge — Myprotein has something for everyone, which is exactly why they’ve created different product series, such as The Pro Range, Core Range, and MyVegan.

Myprotein may be known for having a wide selection of protein powders, but they also offer functional foods, commodities, and a great lineup of sports performance supplements. If you haven’t tried them yet, we highly recommend giving them a shot!

As Myprotein continues to expand their offerings, PricePlow will continue to make sure you stay updated on all the latest deals, reviews, and news from this powerful brand. Trust us, you won’t want to miss what’s to come from Myprotein! Subscribe down below and if you want to pick up THE Pre-Workout or THE Pump, use code PLOW40 for 40% off!