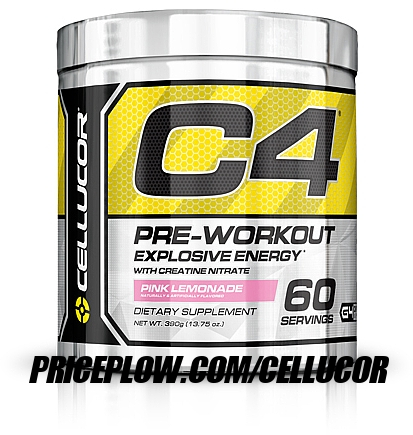 The Cellucor C4 New Formula (G4) is out!

Cellucor has released several new products, the most important of which is the New Cellucor C4 Formula!

Let’s cut to the chase and discuss the changes below:

Below you can see the old one (C4 Extreme) is to the left, the new one to the right: 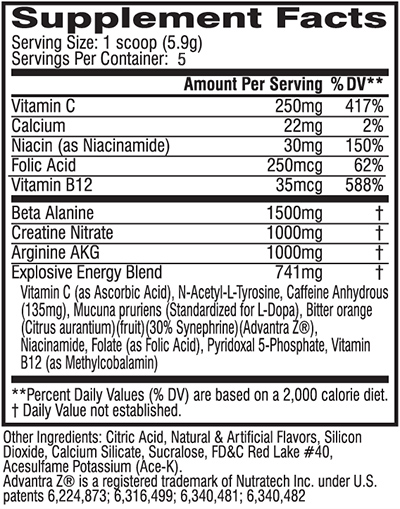 The original formula ingredients. Note vitamin C in the explosive energy blend, which was always a bit odd. 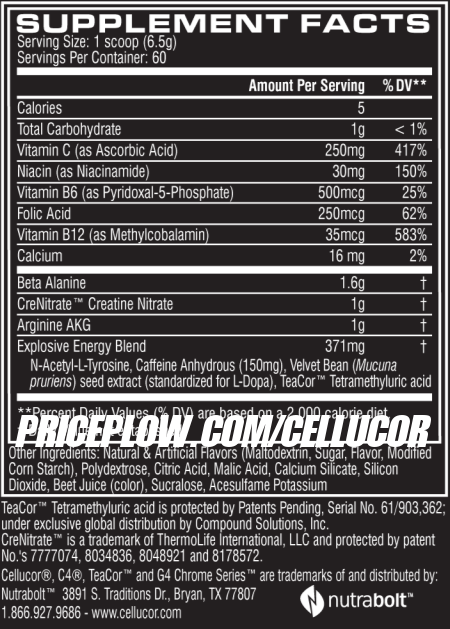 The new ingredients are out – note the boost in caffeine and the TeaCor brand Theacrine!

As you can see, this is very similar to the current version of Cellucor C4 Extreme, except we have more caffeine and a great new ingredient in Theacrine, named TeaCor.

Let’s take a look and see if these changes are enough to get Cellucor back onto our Best Pre Workout Buyer’s Guide!

Our full analysis is in progress below but you can click here to skip to the Theacrine section, since that’s the new ingredient everyone’s interested in:

The general consensus on these ingredients is that it will definitely be a bit more energetic than caffeine – but it’s going to come down to the Theacrine dosage, and how well it works for everyone. We’ll need to try it for ourselves to find out.

Compare prices and sign up for price notifications below and we’ll let you know as the prices drop:

How will this perform? Any initial reviews?

It will really come down to how well Theacrine performs, so we must review it soon. Outside of Cellucor’s and GNC’s corporate headquarters, nobody was given any preview tubs, so we’ll have to wait for legit reviews to come out.

We don’t expect any massive price drops until more stores have it, but you should sign up for price drops above for when it happens!