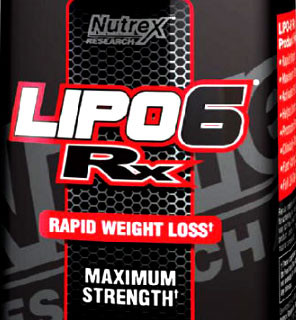 Nutrex has been one of the most aggressive companies in the fat burner market in the last few years, releasing new products almost as soon as effective new ingredients are tested in studies. They’ve also been rewarded for it, as pretty much everything so far in their Lipo 6 series has sold really well.

They did hit a small stumbling block last year with Adipodex, which barely spent any time on the market before the AMP Citrate controversy blew up and Nutrex pulled it right back off of shelves.

The long story short is that Lipo-6 RX should provide a long-lasting effect due to the theacrine, hordenine, and dicaffeine malate added to the regular caffeine. Read why below after signing up for price updates: 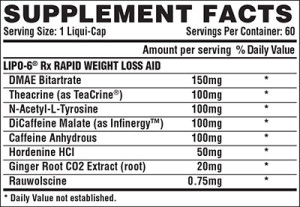 Lipo-6 Rx does away with AMP Citrate and comes up with a unique mix of energy boosters, mood enhancers, and focus boosters.

Nutrex didn’t simply increase doses of ingredients in Lipo-6 Ultra Concentrate, they went back to square one and started from scratch, crafting a rather unique formula included some ingredients we haven’t seen in many fat loss supplements before:

Theacrine is very similar to caffeine in chemical structure, and naturally has very similar effects. The difference is that the body doesn’t appear to build a tolerance to it the same way that it does with caffeine, so escalating doses aren’t necessary to keep getting the same effect. It also appears to reduce oxidative stress on the body when taken for at least seven days.[1]

It’s been used in a few other products already, and you might have seen it under the trade names TeaCor or TeaCrine (which are proprietary compounds, the latter of which appears to be the one in Lipo 6 RX). The science on it is still definitely preliminary, but it’s very exciting as a new longer-lasting “showpiece” stimulant for products.

In addition to the energy benefit, there’s one study out that indicates it elevates dopamine levels in the brain, making it a potent potential mood enhancer as well.[2]

What About Fat Burn?

Theacrine is similar to caffeine, but definitely not the same, providing a possibly far longer lasting effect in SP250. Unfortunately, it’s buried deep in a prop blend.

Energy and mood are all well and good, but what about adipose activation? Well … that’s where we hit a wall, at least for now. Nutrex hasn’t dropped a label, and we don’t know any other ingredients as of yet. All the other information we have is that it’ll be 60 caps to a bottle, with a recommended dose of two caps per day.

Adipodex was centered around Yohimbine (with some Bioperine to improve absorption), however, and we’d guess they’re going to stick with it. It’s pretty well tried and battle-tested at this point, and it’s extremely popular in fat-burning products.

Now, on to the rest of the players in this fat-incinerating matrix! 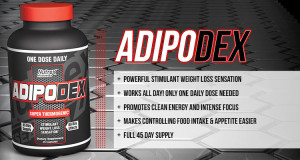 Adipodex may be long gone due to the ban on AMP Citrate, but Nutrex crafted a very suitable replacement with Lipo-6 Rx.

Each bottle of fat shredding goodness contains 60 liquid capsules. At the maximum dosage, this will last you 30 days with 1 capsule being taken in the morning and one in the evening. Be forewarned, that this is A LOT of stims and it’s probably best to avoid other sources of caffeine if you are sensitive to its effects or have trouble sleeping.

Nutrex went back to the drawing board and came up with a rather multi-faceted fat burner. Not only will you have increased energy and alertness, you’ll also have improved focus, mood and appetite suppression.

Ultimately, we like the Theacrine + Caffeine + Infinergy blend — this is going to be a lot longer-lasting fat burner than what you’re used to with the old standard Lipo-6’s.

So if you used Lipo-6 in the past, but thought that the surge ended too quickly, you’re going to have to try this one – it will undoubtedly outlast the original.

Lipo-6 Rx is a big change from Adipodex which was centered around AMP Citrate. While there is no more AMP, we get a well-rounded blend of stims and lipolytic agents that will accelerate your fat loss efforts and get you on your way to your physique ideals!

Sign up below to get a notification automatically sent to you when Nutrex releases Lipo-6 Rx for sale! 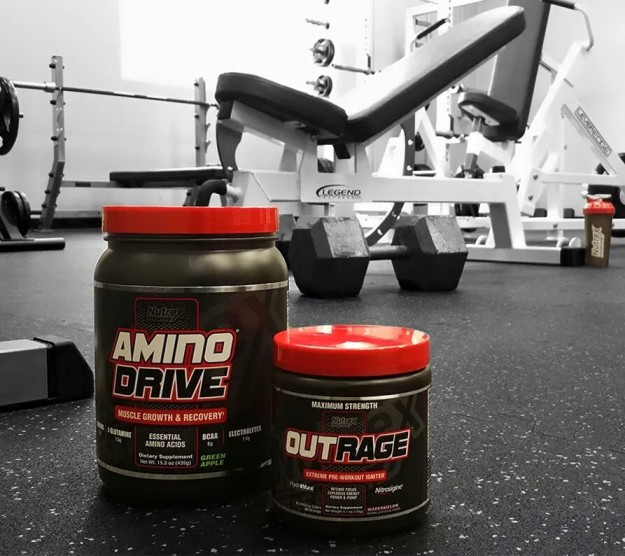 Nutrex’s Branding is dead on lately – and the formulas have been following!