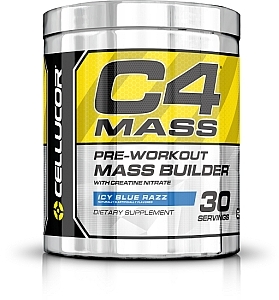 C4 Mass is here – but make sure the fiber fits your diet goals!

The new Cellucor C4 Mass supplement is now out, and it’s different from any bulking supplement you’ve ever seen. Cellucor has not only added new stimulants (same as with the new C4 formula), they’ve carbo-loaded this one as well – a great idea for the C4 users who are in serious bulking mode.

But the type of carbs is where Cellucor threw the curveball!

Before we get started, you can compare prices using PricePlow below, and sign up for price drop updates so that you stay on top of the best deals as more stores get it in stock:

To the right, you can see the ingredient label. We discuss the changes and get into some specifics below.

Basically, this is a version of the new C4 that was released a few months ago with some new carb content and an approved dose of creatine thrown in. The focus is on mass more than pumps, but at only 60 calories per serving it’s actually a little bit leaner than M5.

That’s a little odd for what appears to be a bulking supplement, but given how “sloppy” our diets can get when trying to put mass on… it’s not necessarily a bad thing to have that fiber in there. 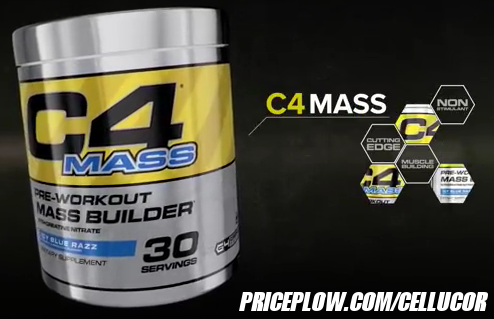 We’ve been hearing about it for months, and it’s finally here in 2015. Are you going to try it?

The mix of simple carbs plus the newly-enhanced Energy Blend should at least be legit as a quick energy enhancer, however. You’ll be able to pick it up in Icy Blue Razz and Fruit Punch flavors, and can compare prices and sign up for price drop updates using PricePlow below: