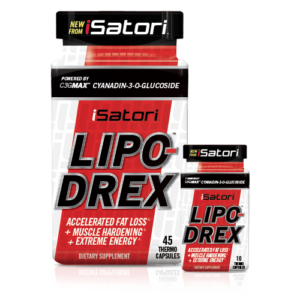 This time of year, you fall into one of two camps. You’re either embracing the “winter bulk” or heading back to the gym after a long layoff and ready to strip off the holiday fat.

If you’re in the latter group, you’ll have plenty of new friends at the overflowing gym. Lucky for you, this is also the time of year when a slew of fat burners hit the market to capitalize on all those looking to get back in shape for summer.

Lipo-Drex is a brand new thermogenic from iSatori that combines nutrient partitioning and fat burning all in one! We’re extremely excited about this combination, and with just a couple of exceptions, we believe this is going to be an effective product and work out very well for both dieters and iSatori this year.

In our previous post on iSatori’s 100% BioActive Whey, we warned that they’d be putting out a lot of new stuff. This is one of the several new supplements new in 2016!

The rundown is down below, but before we get there, take a second to sign up for price drop alerts and check the best deal:

Lipo-Drex contains a number of well-known players in the fat burner arena along with a few new additions to spice things up. The combination of these 3 complexes should provide for a high energy, focus driven fat burning experience. 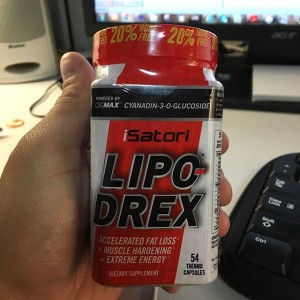 Lipo-Drex is a high-energy thermogenic fat burner that couples the nutrient partitioning effects of Berberine for a unique 2-in-1 combo product.

Frequently fat burners just state a recommended dosing protocol for individuals regardless of their weight. iSatori, however, has individualized the dosing instructions to account for the widespread weight differences of the population.

If you’re sensitive to stimulants, don’t take within 4 hours prior to sleep. Do not exceed more than 2 capsules per day. LIPO-DREX can be used on its own or with other iSatori supplements that do not contain caffeine or other stimulants.

Lipo-Drex looks absolutely fantastic. This is one serious capsule.

Our one and only major issue is that we wish a stronger forskolin extract had been used. Other than that, this product is on point.

For some users, the minor issue is that you’re locked into 199.5mg caffeine per capsule without any wiggle room. You either take it or you don’t.

If you are low-stim and enjoy the 100mg caffeine fat burners out there… and can’t handle this much caffeine, this simply won’t work (unless you start opening capsules and dealing with the crazy tasting powder).

Given that caffeine constraint and the inclusion of berberine, Lipo-Drex is a bold move by iSatori that we honestly think will pay off. Simply because it’s going to feel good and it’s going to work.

So if you’re ready to drop 199.5mg caffeine in one sitting, and follow the instructions and take this before your meal, then Lipo-Drex definitely deserves a shot in 2016.