What happens when two massive players in the supplement game team up? Things get taken to the MAX. And in this case, we’ve been gifted an incredible new product, packed full of top-notch ingredients to make it extremely effective on multiple angles. 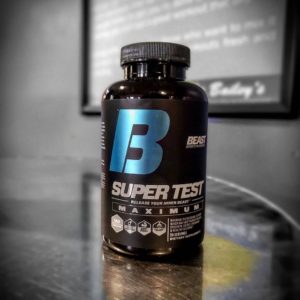 From Beast’s Instagram: “For the past 13 years Super Test has set the standard. And in that time we’ve tweaked the formula to assure it continued to be the most powerful legal Test Booster available.”

In March of 2019, Beast Sports announced it would be partnering up with The Guerrilla Chemist to formulate a new line of supplements. We finally have our first release in Beast Super Test Maximum – a new iteration of Beast’s long-time best seller Super Test. Based on the track record of these two, we can’t say we’re surprised that they’ve delivered an absurd test-booster, loaded with the best ingredients on the market!

What’s great is that this isn’t just a one-trick pony. It should provide several benefits:

We’re going to break down everything about this new release – the formulator, its ingredients, and what separates it from its predecessor and other test-boosters on the market. But, before we dive in, make sure you subscribe to PricePlow’s Beast Sports Nutrition news for our supplement deals, news, reviews, and upcoming interviews / diet research about the product and brand!

Mike’s before and after Super Test Max blood work

That’s right – total testosterone nearly to 800! See the links below for before and after:

Unreal! And another story is that I dropped LDL while keeping HDL high and triglycerides low — a perfect whammy!

The Guerrilla Chemist: Mixing it up in the Test-Boosting Game 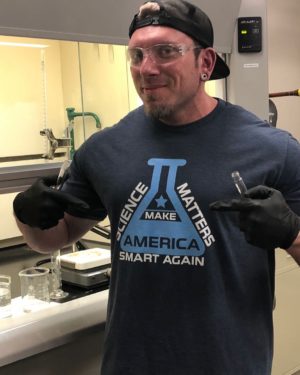 Better known as The Guerrilla Chemist, Bryan has formulated a Beast here for Beast

Bryan Moskow wasn’t always referred to as The Guerrilla Chemist; it’s a title he has earned through his work in the supplement industry. After earning a Master’s Degree in Organic and Biochemistry from the University of Central Florida, Bryan began working on perfecting formulas for a number of different companies. His formulas were so effective, and so much in demand, that Beast came knocking to help with the tough-to-follow act of the OG Super Test. While he has clearly broadened his horizons in recent years, that doesn’t mean he has forgotten his roots – hormonal enhancement!

Bryan still dabbles in partnering with leading companies in the industry, despite being a CEO of his own. This kind of collaboration is often what breeds new innovation, something we always appreciate. Perhaps no product explains this better than Super Test Max, which is both a new spin on a Beast top-seller and a Guerrilla Chemist’s foray into testosterone-boosting products. He’s definitely excited about this one, specifically because of the inclusion of S7, a superfood-powered NO booster , and Laxogenin, a natural anabolic booster. But don’t just take our word for it, you’ll need to hear it from the man himself:

This is far more comprehensive than the stuff at the local corner store or junk you hear radio commercials about all the time – it may be the most comprehensive, natural test-booster out there!

So let’s break down just what makes it so unique:

The ingredients – taking testosterone to the MAX!

In each four capsule serving, here’s what you’re getting: 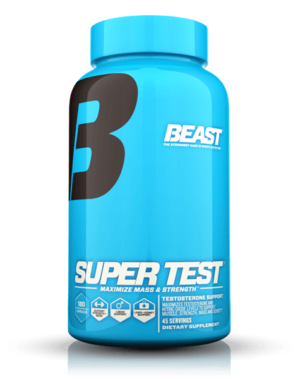 At the max dose of eight capsules per day, Beast’s Super Test is quite loaded… but can we do more with even fewer caps?!

In comparing SuperTest Maximum to its predecessor Super Test, you’ll find that the complexes within each product (“DHT Defense”, for example) share similar goals. However, the ingredients used to accomplish such aims differ largely.

Both products use ashwagandha, fenugreek, resveratrol, stinging nettle leaf, pumpkin extract, and cranberry extract. But after that, these two diverge onto their own paths pretty quickly.

We’ve highlighted laxogenin and S7 quite a bit, and that’s really because we think they’re superior to a lot of alternatives out there. The original SuperTest offers both anabolic and nitric oxide support, but lacks these two ingredients and has a bit less ‘pop’ in the performance side of things. Specifically, it uses a proprietary blend for its “Male Support” ingredients, which we tend to try and avoid when there’s clinical research on largely dosed ingredients like ashwagandha. That being said, we do love the ingredients within the blend, and have good faith that Beast knows what they’re doing in there.

We’re not trying to bash either one of these products at all – they’re both great and Super Test has sold insanely well over time. But with this formula, if you can handle a bit more on the budget, we’re confident you’ll love what you get out of Super Test Maximum a touch more, and there’s fewer capsules to boot! Check out the website to see where you can get the best deals on either product, be it the original version or the one “taken to the max!”

Super Test Max – a great start for an exciting collaboration

With so many testosterone boosters on the market, it’s pretty difficult to find new, innovative products that aim to elevate testosterone levels and provide crushing workouts. At least it used to be that way before Beast and The Guerrilla Chemist teamed up!

In Super Test Maximum, the two deliver an all-in-one, all-natural, fully-proven testosterone-enhancing formula. You’re getting the natural testosterone supporters you want like ashwagandha and shilajit. You’ve also got active defense against estrogen and DHT, both of which are disadvantageous when looking to boost testosterone. And let’s not forget the all important vital organ support!

Breaking the mold the Guerrilla way

But, SuperTest Maximum really breaks the mold here with the inclusion of laxogenin and S7. The former is a novel, strong natural anabolic growth promoter, while the former is the latest nitric-oxide enhancer. Simply by offering up these two ingredients, this formula broadens its scope, making it truly comprehensive.

At the end of the day, Super Test Max primes your body for lean muscle growth, even more so than its predecessor (which we are big fans of here)! If you’re having issues keeping your testosterone levels up, and are looking for a bit of help, look no further. This collaborative product is the test-booster that you want, and it’s packed full of everything you need,

What a start in this line of supplements coming down the pipe from Beast and The Guerrilla Chemist. We’re hooked, and are definitely on the lookout for the next product the two are cooking up together!