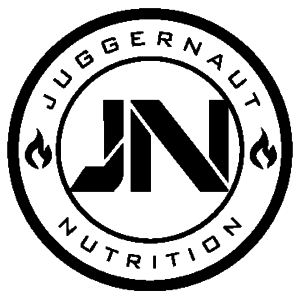 Every epic brand has an epic story behind it. Most often, those stories revolve more around the people building the brand.

This one is a story of strength and second chances.

Brock’s family moved around when he was young, but he grew up mostly in Orlando, FL. With a father who played professional football, it’s no surprise that Brock followed in his footsteps. He developed a love for the game at a young age, and eventually his size and athleticism led him to get recruited by several major colleges. The future was looking up, but tragedy struck. With the unfortunate death of his father, he was sent on an unconventional path to play college sports. 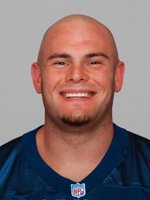 Juggernaut Nutrition’s founder Brock maintains a low profile, but we found this image from his Tennessee Titans days!

Brock went to Mesabi Range junior college in Virginia, MN to become eligible to attend a major university. He excelled playing on a team with hard-hitting southern boys from Florida and Georgia, and after playing here for two years he was recruited by numerous D1 programs but fell in love with Nebraska. Still struggling with the tragic loss of his Father at such a young age, Brock had a quick fuse, and after a year at the University of Nebraska a physical altercation eventually led to his transfer to SFASU where he finished out his collegiate career.

Another chance: The Texas vs. the Nation game

With numerous athletic accolades, Brock was invited to play in the annual “Texas vs. The Nation” game. This is where he demonstrated his incredible strength and athletic ability and received the attention of several NFL scouts. He played with the Tennessee Titans and Minnesota Vikings, but no pro career can last forever. It eventually came to an end. 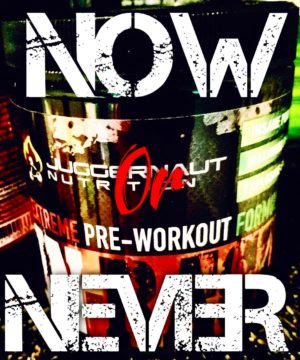 With a recession at hand, the time was now or never for Brock. He said it was game-time – NOW.

After his NFL career, Brock came back to Orlando just as the recession hit. Due to NCAA regulations where “players were not allowed to have jobs”, he was left behind the eight ball with job experience. He began workingthreejobs, grinding and saving money. According to Brock, “This is the kind of situation where you really learn who you are.”

Guys like Brock just aren’t content to work regular 9 to 5 jobs. He took the money he saved and opened a powerlifting gym; Asylum Orlando.

Asylum grew to be one of the strongest gyms in the country. There was an epic crew of strongmen and powerlifters who held all kinds of records and clout in the sport… but unfortunately not enough money coming in to keep the doors open.

Meanwhile, the supplement industry was a mess. In the early 2010s, Brock saw nothing but proprietary blends and smoke and mirrors. As a powerlifter and professional athlete, a man needs somestrength, not weak prop blends!

IRATE at the Industry. Supplement time. 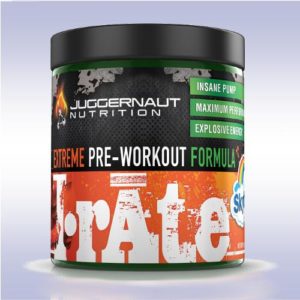 It all started with the potent IRATE pre workout supplement.

Fed up with the products that were available on the market, Brock started buying bulk powders and creating his own pre-workout. He realized that he could help his fellow weightlifters reach new levels too. Brock started off with one production run (one flavor), and put out the hit supplement;IRATE.

The legendary formula grew and grew by word of mouth. Brock hit up local stores, and it started catching on.

The Juggernaut was born.

Juggernaut Nutrition now sports two “series” of supplements: the dark labels and the light labels. Brock told us that “You don’t need aminos and protein to look vicious, but pre workout and such do!” They’ve put their more aggressive, stimulant-based supplements in darker bottles, and the more mainstream-friendly products like proteins and aminos in lighter bottles. 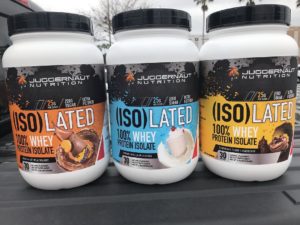 With basically no fillers, (ISO)lated is all about having a clean whey protein isolate with perfect flavor systems.

Back to the story, after IRATE came the stimulant-free pre workout supplement, Disturb. As Brock began learning more, he began getting sick and tired of additives. So his new protein powder, (ISO)lated, has nothing but protein, flavor / cocoa powder, sweetener, salt, xanthan gum. Simple and smart.

But you know how we are in this industry. We like our pre workouts. Strong, fresh, and flavorful.

As many of our followers know, ingredient availability has changed over the years, and many pre workouts need consistent re-formulations. Irate was a smashing success, and the next up is Irate Extreme, which is based upon several strong energy-enhancing stimulants.

Meanwhile, WiLD provides a similar experience, but with less caffeine, providing a euphoric high and “such a great feeling” per Brock.

Behind the scenes, Ben’s also raving about IQ Octane, Juggernaut’s nootropic / energy pill that claims “productivity in a pill”. 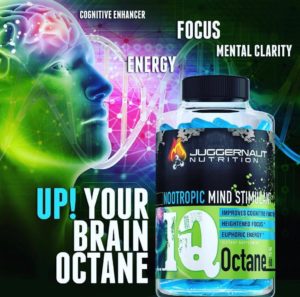 “Productivity in a Pill” with IQ Octane

Brock takes pride in creating all of Juggernaut’s flavor profiles: “One thing we nail is our flavors – all the time.” From Rainbow Drops candy flavored sports supplement to the Chocolate Fudge Cheesecake Protein, he fights to get it right each and every time.

Similarly, the brand is just as strict when it comes to colors. After all, what does the dye do for you? If you need coloring to make it taste good, then clearly the flavor system isn’t good enough!

“Everyone’s so consumed with everyone else’s business… I’ve had to grind everywhere I’ve been. There’s no funding here – this is all bootstrapped.

This brand is the definition of Blue Collar.” 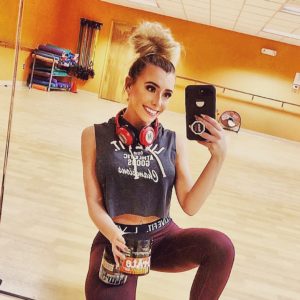 Finally, Brock makes it very clear on what his take on the phrase “good luck” means. It means you’re not prepared. The Juggernauts at Juggernaut Nutrition have an official “Fuck Luck” mentality — because if you need luck, then you’re not ready in the first place.

This is a brand that wins on hard work and intensity to drive its success.

More to come from Juggernaut

After Ben’s ongoing success lifting heavy with iRATE Extreme, we’re looking forward to what Juggernaut Nutrition brings next. Rumor has it, there’s a monster co-brand coming and a new “cognitive energy” supplement. We have a feeling it’s going to be intense.

So stay tuned with everything Brock and Team Juggernaut are doing — you can subscribe to our Juggernaut Nutrition news alerts below:

Note: This article was originally published on May 14, 2019 but edited and shared on May 28, 2019 to correct some inaccuracies in the story’s timeline.