Juggernaut Nutrition Irate Extreme | Train Like the Juggernaut You Are 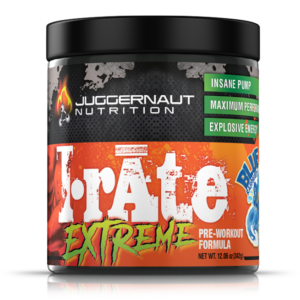 A hard lifter’s dream! Juggernaut Nutrition Irate Extreme gets the job done and beyond – even for the biggest of lifters

If there is one thing we are no stranger to here on PricePlow, it’s a good hardcore pre workout, and boy do we have something special for you from the team over at Juggernaut Nutrition, the brand built by former NFL football player Brock Pasteur. This man means business, and so does this pre workout!

That’s because today, we’re looking at their intense Irate Extreme pre workout, with an impressive label that is heavily stimulant based, but also doesn’t forget to add in the other pre workout necessities. This is the first product we’ve reviewed from Juggernaut Nutrition, and it most likely won’t be the last, because it’s a damn good one.

Before we break down this intense stimulant-driven panel, be sure to sign up for PricePlow’s coupon driven deals to make sure you’re getting the best prices, and sign up for Juggernaut Nutrition alerts to stay up to date with all that is happening with this rapidly-growing brand:

We love a good stimmed up supplement here at PricePlow, and with a label like this, Irate Extreme is sure to deliver. We’re getting a “moderate” 275mg caffeine here, from anhydrous and fast-acting citrate, but we say “moderate” in quotes because we’re also getting some PEA, DMHA, and just enough alpha yohimbine to make things exciting.

Below is a list of flavors, but you may need to head direct to JuggernautSupplements.com linked below if they’re not showing up in stock: 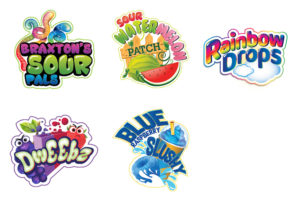 Brock of Juggernaut Nutrition exclaims that they are serious about flavors!

Brock tells us that they take their flavoring seriously, and with the one flavor we’ve tried (Braxton’s Sour Pals), we agree!

Juggernaut Nutrition has put together not only a respectable stim profile, but quite a hardcore one at that. With some exotic stimulants coupled with a two-pronged caffeine attack, Irate is certainly not to be messed with in the realm of hardcore preworkouts. As for flavors, you have some unique options that sound absolutely delicious, like Sour Pals and Rainbow Drops. We look forward to reviewing how this product goes, and whether the effects live up to the label.