Three Hot Muscle Building Ingredients to Look For in 2019

Innovation is what truly drives the growth of the supplement industry. While that innovation often comes in the form of marketing, models, and fancy packaging, we’re interested in real innovation – as in the science, research, and ingredients put into our supplements. 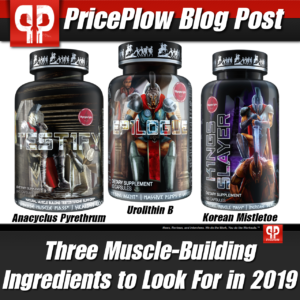 Looking for something new and next-gen beyond creatine, betaine, etc? Olympus Labs has just what you’re looking for

Each year, we see interesting new supplements and ingredients from our favorite brands, and we can’t help but get excited for them and their customers on a mission to push their natural limits. We’ve covered some muscle building supplements in the past, and are already on board with the standards like creatine, betaine, and of course plenty of diverse animal protein.

Today, we’ll be focusing on a few hot new ingredients for the natural athletes who are looking to build muscle. Not surprisingly, they’re coming from the most cutting-edge supplement brand on the market, Olympus Labs, a brand who’s introduced a lot of them to us.

Three next-level muscle builders to look out for in 2019

So what’s next? Below, we highlight three muscle-building ingredients you need to be on the lookout for in 2019:

The first and last of these two potent ingredients are gaining steam fast, and they might be on the back label of your go-to supplements in the near future! As for anacyclus, it’s set to make a comeback after some supply issues, and now has some excellent formulations put around it.

Since the Heroes at Olympus Labs is behind these ingredients as well as this post, you can subscribe to our OL news alerts and then let’s get on to business:

Conclusion – look for these in new products and formulations! 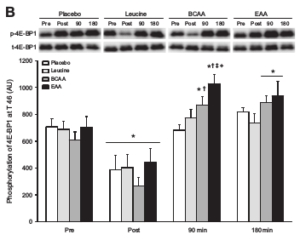 In terms of aminos, nothing beats full-spectrum EAAs with tons of leucine!

The brands we know and love have two main goals to achieve each year. The first is obviously to make money, because there may not be another year if they don’t! But more importantly to us, they want to provide customers with impressive-yet-safe products that use quality, effective ingredients. Many customers want new flavors and packaging, but we want fresh ingredient labels. Olympus Labs does both.

Don’t get us wrong – we love our creatine, betaine, caffeine, citrulline, protein / EAA, beta alanine, etc.. and still recommend them (see our original muscle building supplements article). They have loads of research behind them, and that’s why they’re the go-to budget ingredients. But for natural athletes who are looking for more, there’s always something around the corner to at least consider. Are they the same as shooting up exogenously? Of course not. But does there seem to be some potential benefit from these new compounds? Absolutely. It all just depends on how much research you need to see before you’re willing to dive in – but this is a next generation article, after all. 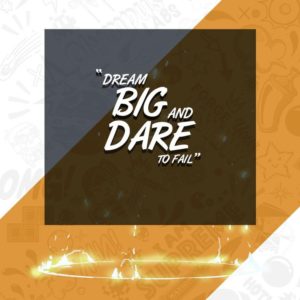 Olympus Labs Dreams Big – Do you Dare to Train to Failure?

Anacyclus has been seen before in products, but urolithin B (“UroBolin”) and Korean Mistletoe definitely caught us off guard at the end of 2018, and that’s why we follow Olympus Labs. We expect more research to continue coming out, and when that happens, we’ll stay on top of it to see where it all lands.

So whether you’re looking for a muscle-building product, a testosterone booster, or a little edge in losing that last bit of fat, there are definitely products out there that can help you out. However, in 2019, we expect urolithin B, anacyclus, and Korean mistletoe to state their presence. Be sure to keep your eyes peeled for our Olympus Labs news alerts, because with the respective promise each ingredient shows, they’ll be more prevalent very soon!