Most supplement users who’ve ever seen one of the glorious labels of Merica Labz’ supplements know their slogan, “Never Big Enough”. With their latest natural testosterone boosting supplement, Liberty Ballz, the slogan becomes a reality. 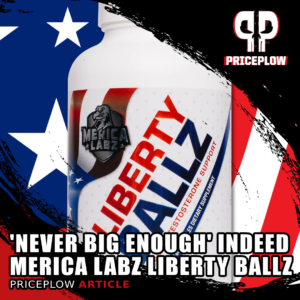 Here, we have an epic six-capsule formula that includes seven incredibly well-dosed ingredients… and one of them has even been shown to significantly improve testicular weight while improving testosterone and semen parameters in animals, putting some truth to the name and slogan!

With Liberty Ballz, we’re looking to support healthy testosterone levels, increase libido, and balance estrogen levels. It includes a unique blend of ingredients – many everyone is familiar with, but one powerful anabolic ingredient we don’t see all too often – and Merica Labz bets big on it.

The formula and each ingredient’s effects are detailed below, so get ready to go balls to the wall this month with Liberty Ballz:

Updated in early 2022, six capsules will get you this potent ball-blasting formula: 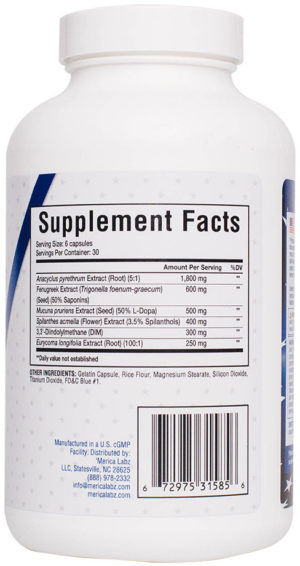 Take all six capsules pre-workout on training days. On non-training days, take 6 capsules with any meal. You could also consider AM/PM dosing if that’s too many capsules to take.

A word on stacking

If interested in testosterone management and libido, we also encourage you to ensure that you’re getting in plenty of vitamins and minerals that help with testosterone production:

There’s never been a better time to use Merica Labz’ slogan, “Never Big Enough” — and that’s even considering their Super Sized weight gainer! In modern society with endless amounts of testosterone-sapping distractions, endocrine-disrupting plastics (even in the synthetic polyester clothing and underpants many wear[52-56]), and estrogen-mimicking soy food, it’s a non-stop battle to get back to our historical testosterone levels.

With or without pharmaceutical support, we need to do everything we can to keep our boys healthy – and often that means coming to nature for some of its remedies. We live by the phrase “meat is food, plants are medicine” – and alongside animal-based food (including products like Patriot’s Whey), we can give our bodies the boost it needs in warding off bad estrogens and supporting our testicular function.

When using supplements like Liberty Ballz, we generally feel a great bit of extra mojo. It’s not going to put you at supraphysiological testosterone levels, but you’re likely to get a nudge in the right direction, while keeping estrogen levels at bay. Remember, it’s a supplement – you still need to do your best in removing the toxic environment from your body as much as possible, and provide it with the sunshine and vitamin support it needs to get those hormones – and balls – back in action.