Olympus Labs K1ngs Slayer: A Natural Anabolic with an Appetite for Destruction 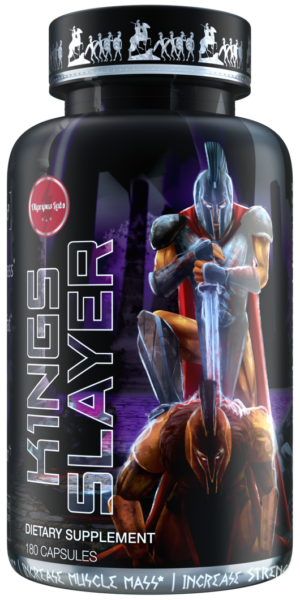 With one new muscle-building ingredient and three appetite-boosters, this supplement is sure to have you slaying -in both the gym and the kitchen!

It’s been a long time since we’ve covered Olympus Labs, but after countless requests on our YouTube channel and a look at their latest product labels, we’ve decided to dive back in. We’ll be giving their monster pre workout (Re1gn) a shot at the title, but we’ve been most impressed by the new ingredients they’ve been bringing to market. What’s in the product below is a perfect example.

Olympus Labs is no stranger to muscle-building supplement. But you may be a stranger to the natural ingredients in this one, the aggressively-named K1ngs Slayer. Today, it goes toe-to-toe with PricePlow’s judgement. There’s just four ingredients, but you may have never heard of a single one of them. You know that right there perks our ears up, since we’re always down to research new stuff.

Hardgainer? Light eater? Not anymore. Get ready to get Ghrelin going:

The long story short is that we have one ‘new’ anabolic ingredient backed up by three ghrelin-boosters that should seriously ramp up appetite, IGF-1, and nutrient uptake. We’ve used one of these ingredients already and it’s the real deal.

But do the rest of the ingredients deliver what the product promises? Time to find out, but first check the prices on PricePlow and sign up for our Olympus Labs news alerts, since we have a ton more research coming:

The Premise: What does it take to slay a king? 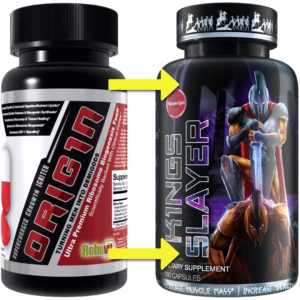 Old meet new. Olympus Labs took what they learned in Or1gin and ramped it up to the next level in K1NGS SLAYER!

The biggest change to the supplement industry in the 2010’s are informed consumers. Lifters know what works, with far easier access to full-text research papers surrounding everything, including supplement ingredients. Any kid with a phone can fact-check your claims, so companies have had to get their game up to stay relevant. Olympus Labs has been at the cutting edge of this new industry frontier, with natural ingredients many aren’t going to find on mainstream or even “expert” websites. All of this introduction is to frame our high expectations for products coming out of their lab.

We see K1ngs Slayer as a sequel to Orig1n, another Olympus Labs product we reviewed in the past. Both of them were built deliver enhanced muscular gains through naturally-derived ingredients. As our long-time fans know, PricePlow is always skeptical — or at least reasonable with our expectations — when it comes to natural muscle-building products. We’ll compare K1ngs Slayer against its competition in the natural muscle builder arena, not to illegal drugs or exogenous hormones.

Take a look at K1ngs Slayer’s ingredients and ask yourself how many times you’ve used any of these four: Korean Mistletoe, Hesperidin Methyl Chalcone, Gentiana Lutea, and A. Lancea Rhizome Extract!

K1ngs Slayer contains some novel-ass ingredients we’ve never even seen used before, so this analysis is a learning experience for us. Let’s get to the science!

At this point, we’re realizing that K1ngs Slayer is more like a natural Korean Mistletoe powered anabolic that pushes appetite, and this profile backs that up. So let’s talk about the mechanism at hand:

Why is Ghrelin Such a Good Thing? 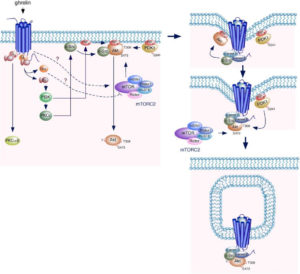 For obese individuals, ghrelin is the last thing we want to ramp up any more. But for hard-gainers and small-eaters, it’s time to rev the engine!

By now, you’ve realized that 75% of K1ngs Slayer’s formula helps your body produce more ghrelin. We thought to explain why this is something you would want. Ghrelin is a hormone in the body that is an agonist of the growth-hormone secretagogue receptor most associated with appetite. While improving appetite in hard-gaining athletes is a big deal on its own, ghrelin can also stimulate growth hormone secret, IGF-1 release, and can even help improve digestion.[10-12]

That IGF-1 release is beneficial since it raises serum alkaline phosphatase, the cellular process for bone formation, and is linked to muscle development. Combined with an increased diet and aggressive training, this should all lead to additional muscle growth potential.

By targeting Ghrelin with much of its formula, but tagging it with a “new” anabolic ingredient, K1ngs Slayer uses a novel approach when compared to other natural muscle building products. Hell, we’d love to see a study on this specific formula in terms of ghrelin release. We’re insanely confident appetite will be ramped up for those who need it.

If you eat in a surplus (consistently following a high-protein plan and sticking to your macro goals) and train aggressively you will gain muscle. This much we know. But if you do all of that and add in Korean Mistletoe and these other ingredients, which should increase nutrient uptake, we’re confident there will be even more improvements to skeletal muscle mass. But you have to eat. 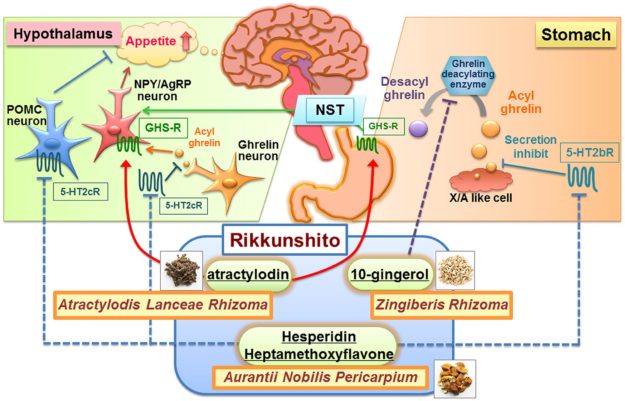 K1ngs Slayer is a fine addition to the Olympus Labs canon, and basically what Olympus Labs kind of customers are looking for – novel ingredients that will force you to adapt and respond. It’s also the kind of stuff we’ve been missing writing about on this blog, which is why we’re happy to have Team Olympus back in the fold (still gonna try that Re1gn pre workout..)

Welcome back to the show! See all Olympus Labs supplements on PricePlow

Since most of our followers have not encountered these ingredients, K1ng Slayer may be worth trying just for the novelty of the formulation — if you’re more on the ‘aggressive’ scale with solid doses of new ingredients. For those that struggle with eating and gaining mass, we think K1ngs Slayer has a complete edge over its competition. Our only complaint is the massive amount of capsules per serving: six capsules is a lot, but that’s how it goes when your first ingredient has a whopping 2g dose.

Like we said, Olympus Labs doesn’t mess around, and that’s why we’re glad to have em back.