The Supplement Industry 2017 Year in Review: The 10 Biggest Stories 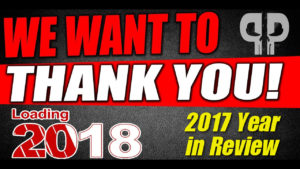 Dios mio, 2017 was a rocky one for the sports nutrition supplement industry. What will 2018 bring?!

2017 was one to remember. It was filled with incredible highs and lows that make it one of the most tumultuous years in recent memory. As 2018 dawns, we take a look back at the previous 365 days to recount some of the most notable headlines that caught everyone’s attention.

Bonus: The Surge of PricePlow

We can’t write a post this detailed without patting ourselves on our backs. If you haven’t noticed, PricePlow is taking YouTube by storm, and has quickly become the resource for supplement reviews and news!

Meanwhile, outside of his keto diet exploration, Mike is hard at work on new technology for the new year, the latest of which was the PricePlow Forum, a small but friendly community of like minds.

2017 was one hell of a wild ride, leaving countless reasons to view it as one of the craziest years in recent memory. What’s ahead in 2018?

Well, there will be another battle for the next great “aggressive” stim / stimulant blend, which is already raging behind the scenes. This is sure to be the subject of much debate and speculation, and we just might know a guy who’s got something cooking!