A most dramatic year for Bodybuilding.com is coming to a nasty end, as the Idaho-based Internet retailer just laid off 90 workers via email in a “pre-Christmas downsizing”, per the Idaho Statesman[1] and KTB7.[2]

“Today Bodybuilding.com announced an organizational downsizing. The change is part of an ongoing planned restructure designed to strengthen Bodybuilding.com’s core business and reach a wider set of customers.” 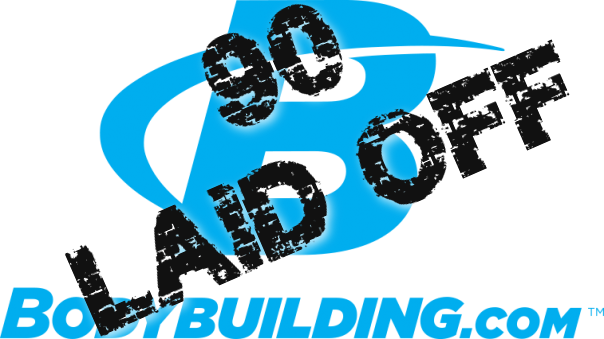 Note: this is a privately-owned blog, not a mainstream news website. Mike weighs in with his opinions below.

The company is estimated to have roughly 800 employees[3], which is what was reported when new CEO Richard Jalichandra took over to succeed after original founder Ryan Deluca resigned in October 2015. If true, that would be an 11% reduction in workforce.

Local Boise Press on the Attack

When Jalichandra was hired, he did an interview on his second day with the Idaho Statesman that seems to have gotten a bit zealous with his comments. They stated in their article’s heading that he said “The company is more likely to add employees in Boise than to cut staff”,[3] but he never said that — his official quote was,

“We’re in good shape. If you’re trying to find out if there’s potential for a reduction, that’s unlikely. It’s my second day, so give me a little bit of time to get my arms around the business. But, generally, you are adding things, not subtracting things. We’ve identified some opportunities we want to pursue that will require more (people).

Boise’s press clearly has local employment in their best interests, and will likely vilify Jalichandra for these layoffs, but they also seem to have been overzealous with their statements. Meanwhile, the new CEO likely learned a lesson — never comment so long-windedly on HR matters.

Employees were given severance packages[2] – this may have been why the layoff was in December – so that they could expense the severance packages for 2016 and have them off the books moving forward. This is mentioned in the KTVB video, but isn’t written in the actual text of either news report.

Our Take: Mike weighs in

First, let me say that this sucks, and I’m very sorry for those affected and their families. There are several factors at play but I can’t begin to understand how it feels to lose your job just before Christmas.

With that said, I’m going to hit both sides of this argument from my perspective (Disclaimer: I am not nor was I ever an employee of any of the companies mentioned below):

Was Bodybuilding.com’s Team Simply too big?

…if that’s how they conducted business across the board, then there’s likely some fat for Jalichandra to trim at Bodybuilding

In the interview referenced above, Jalichandra mentioned that “we’ve built up regulatory compliance to 26 people” when asked about the 2012 synthetic steroid problems of the past.

While we have no experience from within the company, this seems like an awful lot of people focusing on one (albeit important) thing.

Is it possible that maybe, just maybe, Bodybuilding.com’s team was simply over-staffed from the fat years or from situations like 2012’s when they had to temporarily beef things up? If they had more than two dozen people working on regulatory compliance, perhaps they had dozens of others that had been over-hired.

Given that Deluca didn’t seem to be a “natural CEO” (*no hate here — most business founders aren’t — typically we need professional help once we hit 10-15 million in revenue, a number that Deluca surpassed that by orders of magnitude). Hiring is the most difficult thing a business owner does; it could easily be argued that they simply hired too many employees or there was a bit of nepotism to clean out. 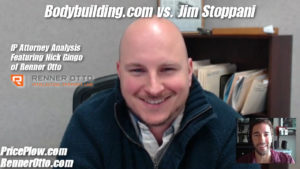 Further, using the Bodybuilding.com Contract with Jim Stoppani / PhD Fitness as an example, Bodybuilding.com’s leadership and legal teams were clearly in over their heads. Simply stated, this was a horribly written contract, and if that’s how they conducted business across the board, then there’s likely some fat for Jalichandra to trim at Bodybuilding.

So that’s my side defending the business, the board / Liberty Media, and Jalichandra. I’ve also now gone on record here questioning the zealousness of the Boise Press.

Now it’s time for the the other side of the story:

The downsides of being Bodybuilding.com

It’s our job here at PricePlow to follow this industry and follow trends. If we fail at that, this business fails. So here’s what we’re seeing on the side where Bodybuilding.com is missing out:

Could this have been done better?

I’ve never gone through something like this, so there may be a legal reason. But the tact involved here seems poor at best.

The company had an all hands meeting, stated there’d be layoffs, and then sent everyone to their desks to receive an email. Within 45 minutes, those who were laid off (via email) were told to clean out their desks.

I’m not an expert, but I don’t believe that this is the appropriate way to handle such a matter. 90 one-on-one meetings with a handshake could have been much better. But ultimately, there’s no easy nor pleasant way to run a layoff, so Bodybuilding.com chose to rip the band-aid off fast… with an email.

So that’s our spin on both sides of the story. Know that we are ultimately computer guys — we see the data and we talk to many in the industry, but we are not in the building.

What will happen next?

Disclaimer: The next step is a prediction, and is 100% Mike’s opinion:

Of the above discussion points regarding the “downsides of being Bodybuilding.com”, I believe that #4 is the most correct one: Liberty Media is either going to sell Bodybuilding.com or merge them with some other entity.

Normally, I’d say that they’d get bought by Yahoo! (known destroyer of companies they acquire), but Yahoo’s in so much flux right now that it’s unlikely to be them. But I do believe it will be someone.

If that’s the case, then you can expect that there will be more layoffs. I don’t want to fearmonger, because this is just a tech guy making predictions, but if I were a Bodybuilding.com employee, I’d be getting that resume ready and out there ASAP.

After all, how many times are there just one round of layoffs? These things tend to come in waves.

Time will tell if I’m right, and if I’m not, then you may all torch me. But I’m willing to bet I’m somewhere near the truth here.

What do you think??

We leave it to you to debate the rest here, on our YouTube channel, and on the PricePlow Forum, which are still a work in progress and will come eventually.