Revive MD has been one of the most promising and intelligent supplement brands to watch, given their incredibly well-formulated health-specific supplements. We’ve recently covered Revive MD’s BRAIN+ daily focus enhancer, their GI+ gut health supplement, and many more listed on our Revive MD news page.

But now it’s time to get back to the team’s bread and butter: men’s health.

When we interviewed Revive’s co-founder Dr. Domenic Iacovone in Episode #042 of the PricePlow Podcast, he explained how they were going to bring a major focus to lab work and results. He came through with a free blood testing initiative for Revive MD customers, and alongside Matt Jansen, the team is now adding to their arsenal of supplements to improve that blood work – with the approval of Chris Bumstead right on the bottle. 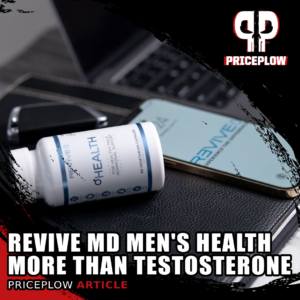 More than just a testosterone booster – it’s Revive MD Men’s Health, and it’s only two capsules to add to your multi!

With Revive MD Men’s Health, you get a well-rounded, doctor-formulated that can help with testosterone, but doesn’t only focus on it. This supplement can improve the following metrics:

It can be stacked with any number of Revive MD’s other supplements, depending on your current health situation. New in Men’s Health is an ingredient named Tesnor, based upon pomegranate and cocoa extracts.

We get into the details and the research behind the six ingredients below, but after our PricePlow-driven deals and Revive MD alert sign ups:

Revive’s Men’s Health only requires two capsules to get the following:

Just two capsules taken once daily. You can take it whenever you take your multivitamin or other supplements. 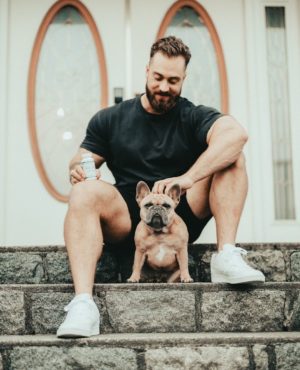 Last month, we covered another testosterone-boosting supplement, Raw TEST, made by Revive MD’s “brother brand” Raw Nutrition. That formula had a few more aggressive, cutting-edge ingredients with less human clinical research (alongside several trusted ingredients like ashwagandha). That can be stacked together with Men’s Health here, just note that there would be some overlap in ingredients like boron.

However, for men looking for a more refined, tested, and well-rounded men’s supplement that’s not just for testosterone and libido, Men’s Health is the Revive MD way of doing things. We’re excited to see a new ingredient in Tesnor, and love the effects of Shoden.

One last thing worth noting is that we have the blue “CBum” checkmark and signature, which marks that this is a Chris Bumstead approved supplement. We interviewed Chris last year and definitely worth a read, so click the link above. If Chris is down, then that’s a great sign!