When running through PricePlow’s 2020 Supplement Awards, we realized that CORE Nutritionals quietly had an incredible year, getting mentions in nearly every category. One product we missed, however, was Core VEGAN, their popular vegan protein powder that’s enhanced with additional BCAAs and digestive enzymes. 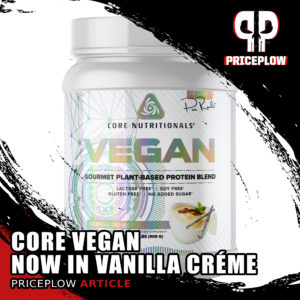 Today (May 10, 2021), the brand behind Doug Miller is launching Core VEGAN Vanilla Créme, a seemingly simple flavor that’s anything but — which is why we see so few brands launch a straight vanilla vegan protein powder.

Since we haven’t covered Core VEGAN yet, we use this as an opportunity to rehash the entire formula, while showing labels for this sweet new vanilla flavor.

The TL;DR on Core VEGAN 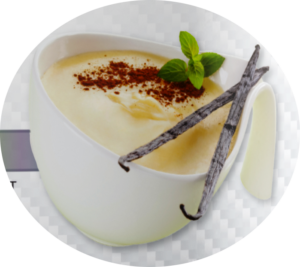 This is a fantastic take on how you do vegan protein powders, but realize that the sweeteners and use of both natural and artificial flavors make it vegan — but not 100% plant-based. That’s fine by us and most of our followers in the sports nutrition industry, since we’re often looking for dairy-alternatives and know it will taste better than a stevia-sweetened alternative.

CORE wanted to make sure you realize this new flavor isn’t just a “vanilla”, a “vanilla cream”, or even a “vanilla creme” for that matter. It’s Vanilla Créme, tilde and all. Because Doug and team are bringing the flavor with some serious punch in this one.

Details are below, but if you’ve seen enough, you can check our PricePlow-powered coupon prices and sign up for our CORE Nutritionals News alerts:

The new Vanilla Créme flavor brings the following macros in a 30.7g scoop: 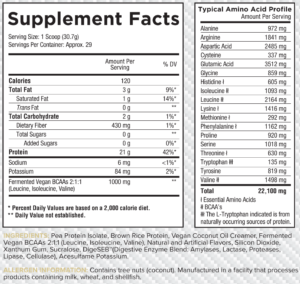 With the added BCAAs (leucine, isoleucine, and valine), we have a very well-rounded amino acid profile

A small touch, but it’s nice to see 21g protein instead of the standard 20g in competition – and they did this with lower carbs, meaning the percentage of protein by weight will be better in Core Vegan than your average vegan protein powder. The extra gram is likely from the added BCAA blend.

Regarding the flavor — in short, it has a very “vanilla bean pudding” style to it. 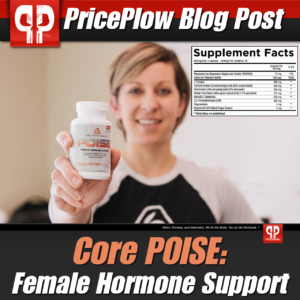 Our female readers may be very interested in Core POISE.

The following list of Core VEGAN flavors and our PricePlow-powered prices will remain up-to-date:

We slept on CORE Nutritionals for far too long, and our 2020 Supplement Awards showed that. They never wanted to be a “protein company”, but they consistently keep putting out incredible proteins (Core MRP, Core PRO Hot Cocoa Flavor, and Core BALLS all come to mind), so in our eyes, it’s definitely one of their strong points.

This is a vegan protein powder that speaks to their demographic — athletes. Ther added BCAAs combined with added digestive enzymes shouldn’t seem like that big of a deal, but at the same time, few are doing it. This brings the protein closer to what athletes expect not just in terms of “preventing deficiencies”, but for enhancing performance and recovery.

Finally, using artificial sweeteners may scare away the 100% plant protein faithful, but that’s not the audience. The ingredients inside are great for those who are flexibly vegan or who have become too dairy-sensitive to use whey, bringing the benefits from both worlds.

Stay up to date with our CORE Nutritionals news, we’re sure there’s more coming: