Update: This case was dismissed, but has already been re-filed. The PDF below shows the new complaint filed on November 26, 2016. 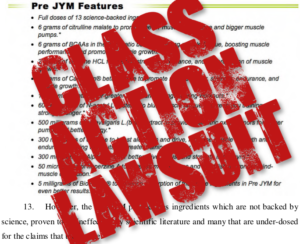 Jim Stoppani has been sued again — This time, a class action complaint regarding the ingredient-based claims in Pre-JYM and Post-JYM

It’s impossible to cleverly sugarcoat this one, so we’ll just cut to the chase: Jim Stoppani has been sued again.

In what’s becoming an unbearably litigious year for the PhD, a new class action lawsuit was filed on November 8, 2016 against Jim Stoppani’s company, PhD Fitness.

The class action complaint is over misleading statements, primarily focusing on Jim Stoppani’s claims regarding ingredient dosing (ie. that “Stoppani consistently claims that all of the ingredients in his products are scientifically supported and dosed properly, they are not”).

The complaint also points out that the plaintiff has bought products from both GNC and Bodybuilding.com.

The following seven counts are cited, with several points of class-action legalese:

Note the lawyer: a familiar name in Nick Suciu

Interestingly, one of the attorneys for the plaintiff is none other than Nick Suciu, the industry attorney involved in many of the class-action lawsuits regarding amino acid spiking. He is quickly becoming the go-to lawyer for supplement industry class-action complaints.

We reached out to Nick for a comment on the record, but he has not yet left one.

Capping a tough year for Stoppani and PhD

For the time being, we’ll keep our commentary to a minimum. 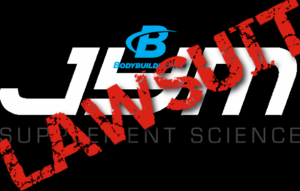 If this is your first time hearing about all these cases, then click the image to learn about the Bodybuilding.com vs. PhD Fitness / Stoppani lawsuit

It just feels like the entire situation, from the original Jim Stoppani Scandal to the Bodybuilding.com lawsuit against Stoppani (which was amended to sue GNC for $100 million) and now to this… have all put this situation into state of surrealism, and we’re honestly speechless at this point.

One just has to wonder if this case would have been filed if Stoppani hadn’t been cutting down his competition on YouTube.